The Akamar Herald Year Five The Rebellion in Musca

The other battle that was fought was in Musca.  Ray commanded the rebellion forces again against Mike.  The following images chronicle the turns.   Ray moved first.   Mike moved second and his part of the turn is noted by the letter a.  Neither player chose any magic users for this battle   Ray had two generals and a hero, while Mike had one general and three heroes.   Spent units have a box around them.   Units go from fresh to spent and then to shattered.  As can be seen Mike once again destroyed Ray's army with minimal casualties.   Mike also kept a couple of units in reserve that he committed on turn two.    Ray is blue and Mike is Orange.   Both sides decided the composition of their armies with some restrictions such as no generals of better than average quality.   Strategos was also used for this battle. 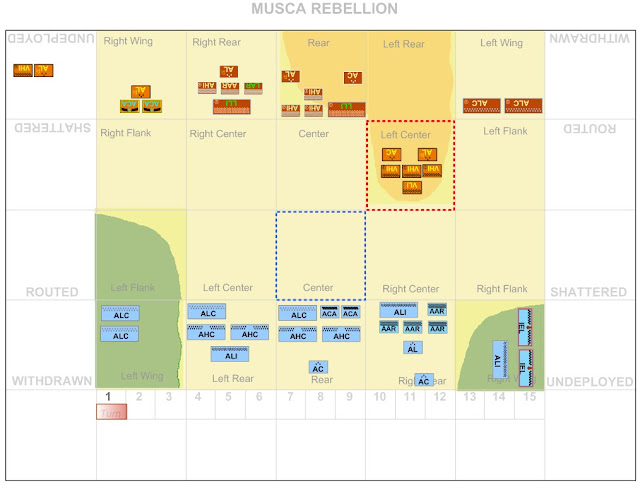 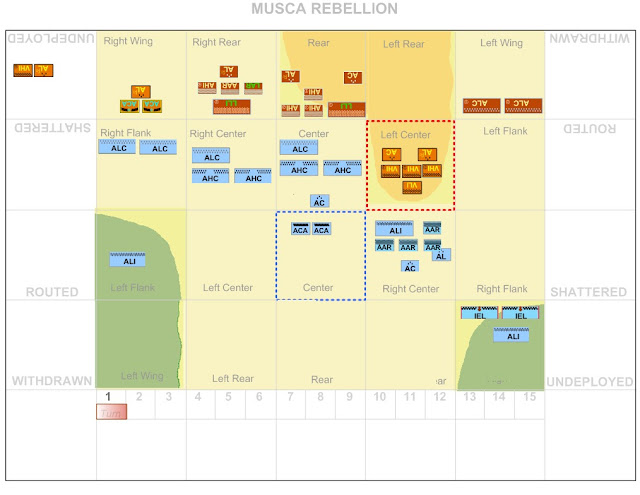 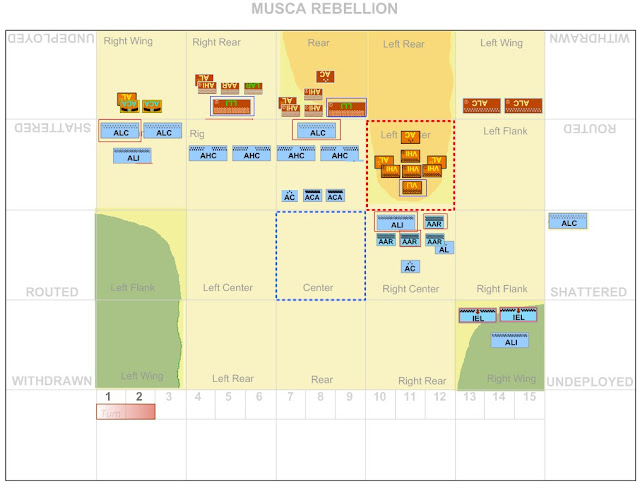 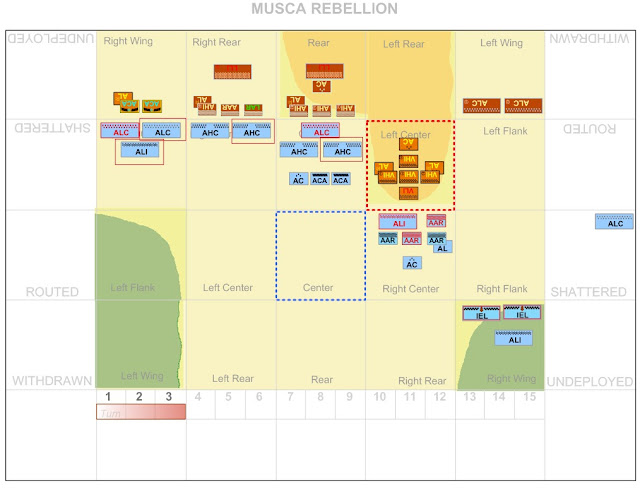 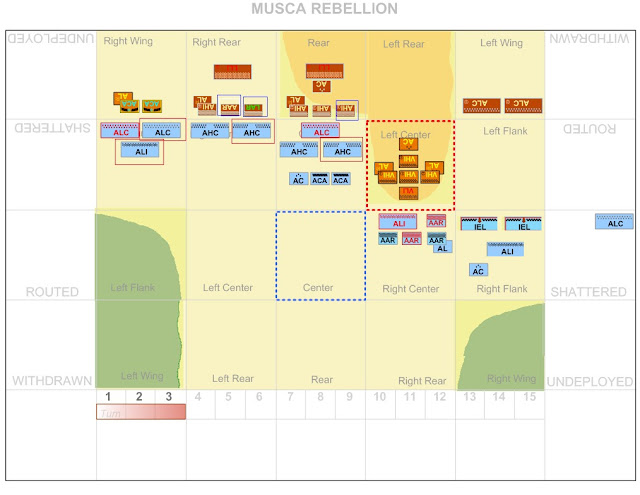 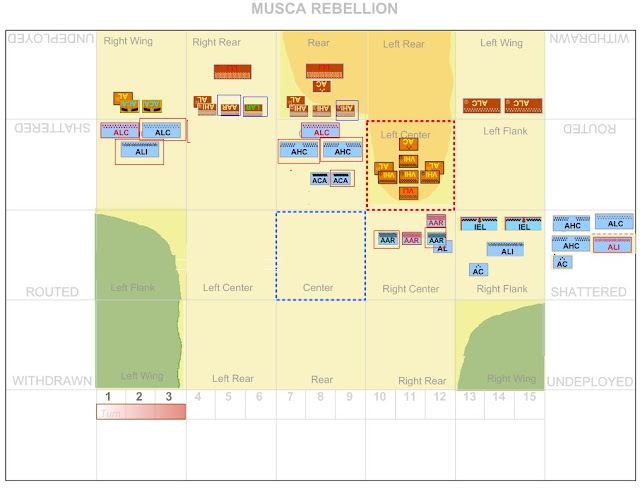 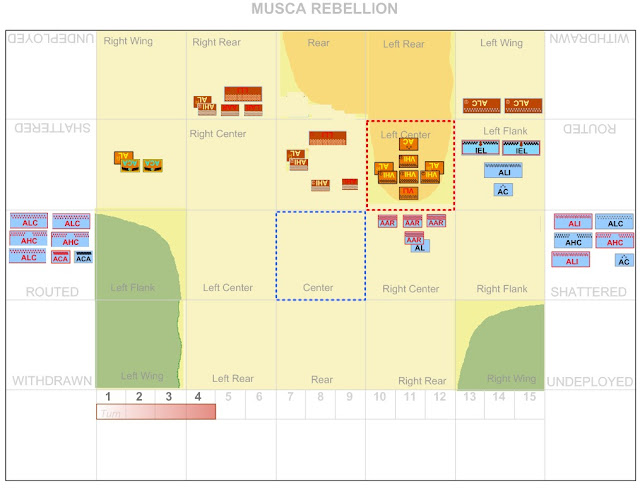 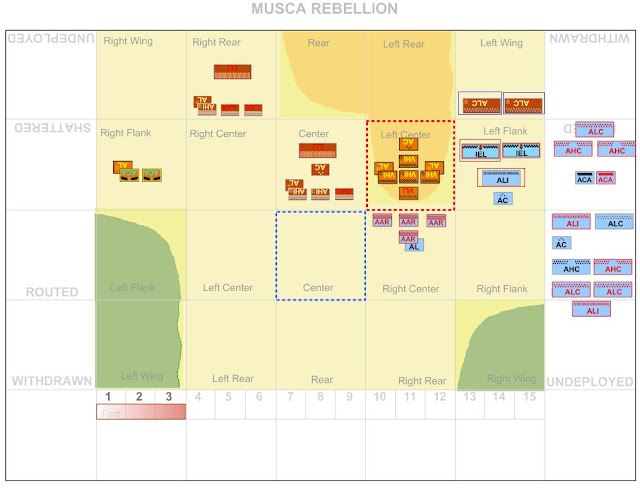 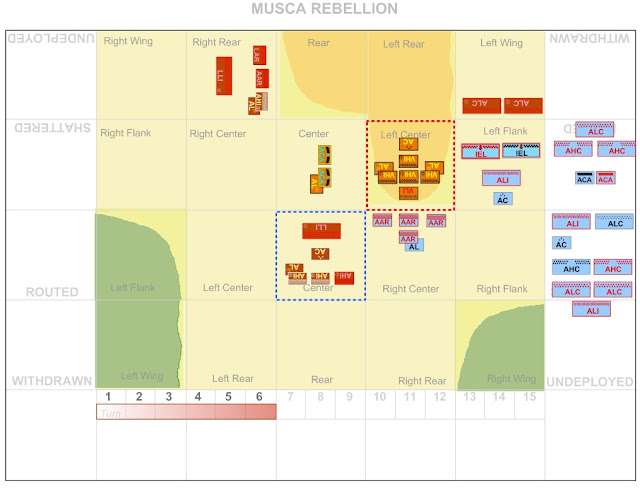