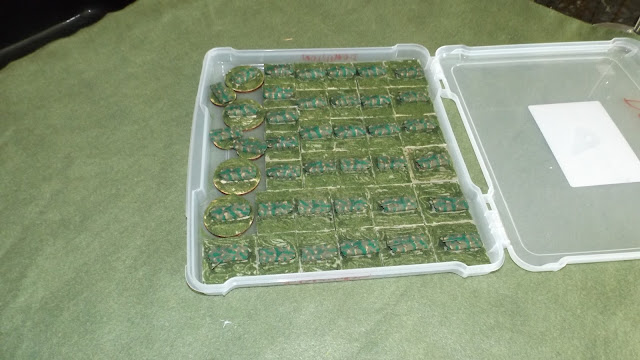 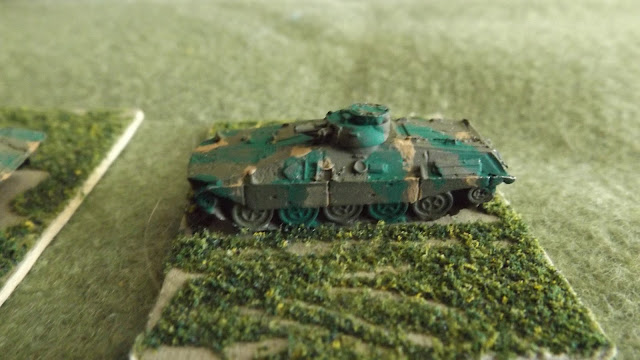 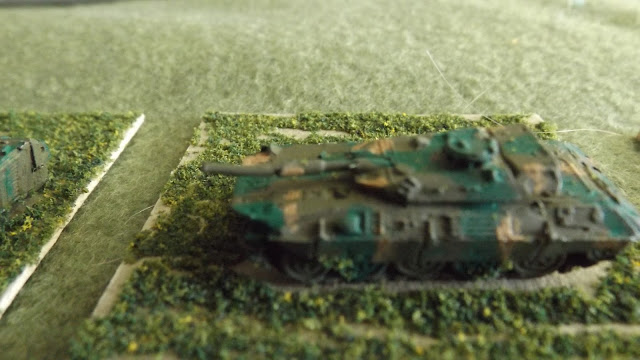 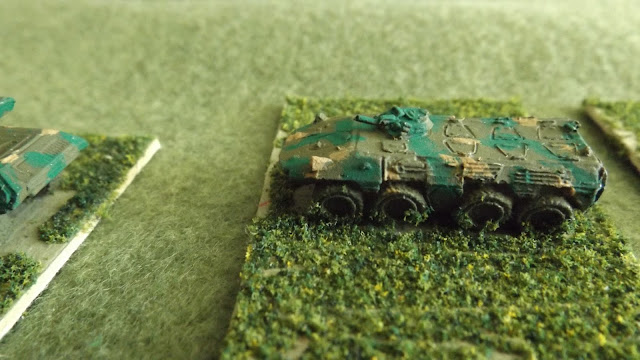 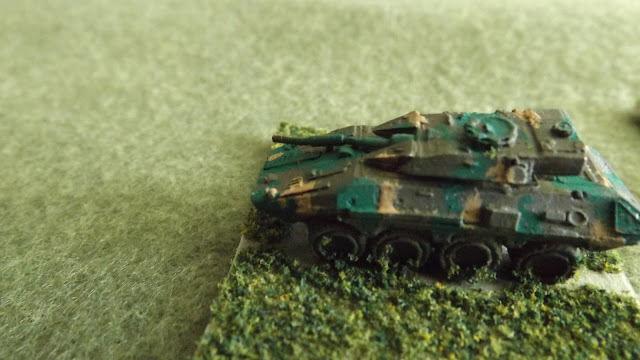 The wheeled gun vehicle.  Used as a recon element.
.
The paint scheme chosen is based on the NATO three color pattern with a dark green substituting for black and a sand color substituting for the reddish brown.  These were chosen to blend in with the game mat that I use.﻿
Posted by William Butler at 5:32 PM 1 comment:

I was able to attend Pacificon on Saturday.   though I had originally planned on attending both Saturday and Sunday, household projects intervened.   Pacificon is a multi day convention that is run on the American Labor Day weekend.   It starts on Friday afternoon and runs through late Monday afternoon.   There are literally hundreds of miniature, board, and role playing (including live action role playing LARP) games for people to participate in.  For those unfamiliar with American War Game conventions almost all games are participation games.

For my part I ran both Raphia and Asculum on Saturday.   Raphia had four members of the South Bay Game Club participating.   The battle tended to follow the historical course of the original.   The Seleucid's right wing defeated their opposites with Ptolemy running to the infantry guard.  On the other wing Ptolemy's cavalry held its own against the opposing Seleucid cavalry.  In the center the Seleucid Asiatic and Arab infantry broke causing the Seleucids to concede the game.

Asculum started out mimicking history.  The Greek cavalry defeated both Roman cavalry wings.  However, in the center the Roman infantry broke the Tarantine phalanxes before the Greek cavalry could exploit their victory.  At this point the game was called with the Romans winning.   The Greek cavalry had been too badly mauled during its fighting with the Roman cavalry to have much effect and could have been easily countered by the Triarii.  The Roman Hastatii had many worn units, but these had been replaced in the battle line by the Princepes.   With the huge gap in the Greek line the more maneuverable Roman units would have been able to exploit the opening and flanked the remaining Greek and Italian infantry.
Posted by William Butler at 7:46 PM No comments: