This past weekend I was at the First Raid convention in Alameda, Ca. Although attendance was not crowded, there were a number of very good games and people had a good time. I enjoyed it and would definitely attend again. Thanks, Dan for putting on a very good gathering. The event was held at the Naval Air Museum in Alameda with all entry fees ($800) going to support the Museum.

The first photo is of Ed Texeira of Two Hour Wargames on the left, myself, Rob Schmidt, and Dan Rygasewicz, organizer of the convention. The second one is of Dana Lombardy giving his seminar. The others are from the Saturday games. In order they are Stalingrad, Battle Cry ACW, Rorkes Drift, Tsushima, PanzerKorps attack on Peleliu Island. One game I failed to take a photo of was the Fire and Fury ACW game fought on a 5 foot by 18 foot table. 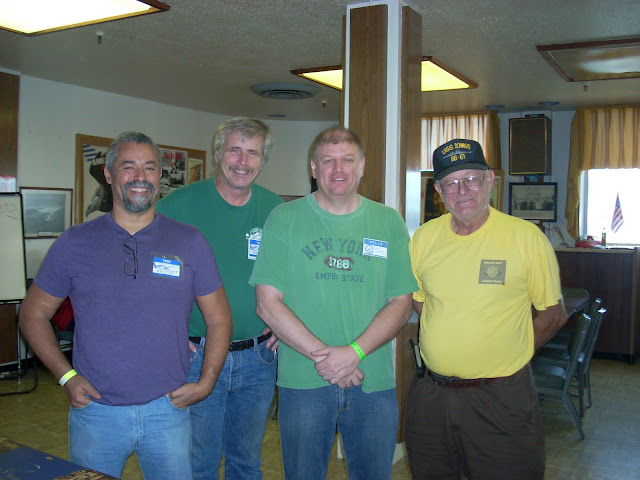 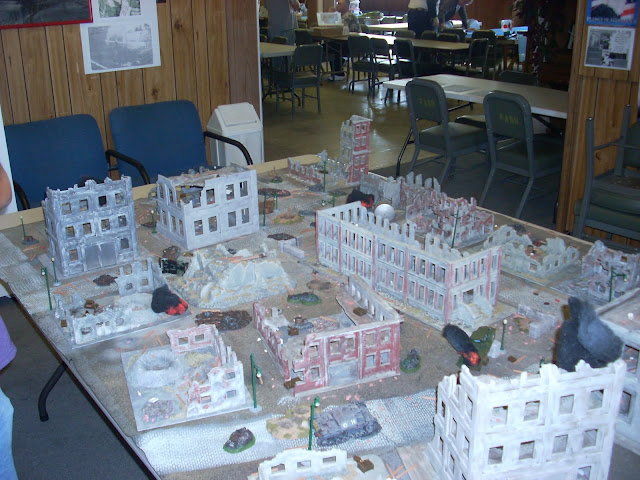 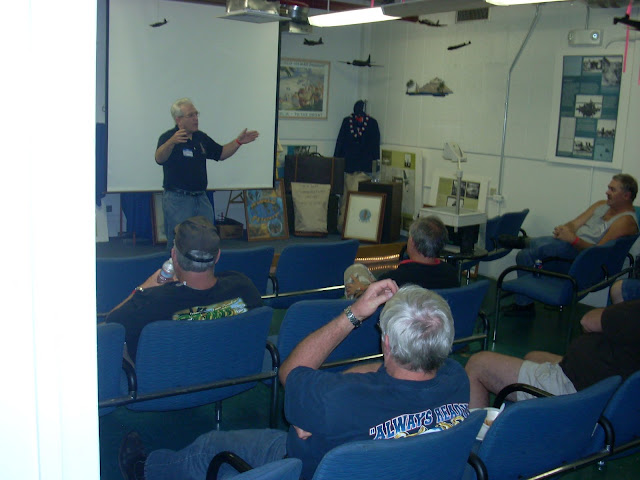 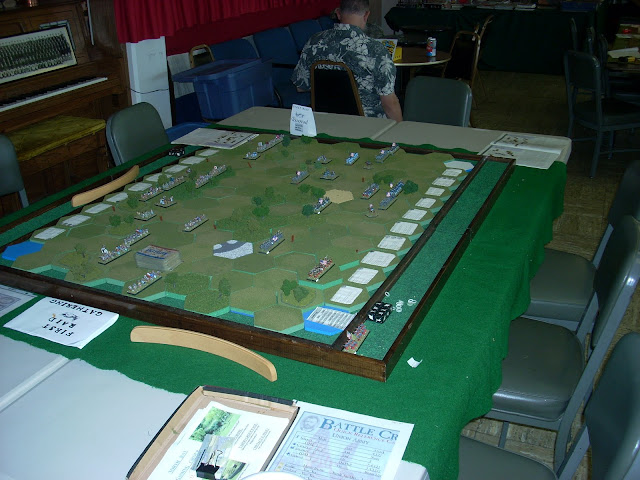 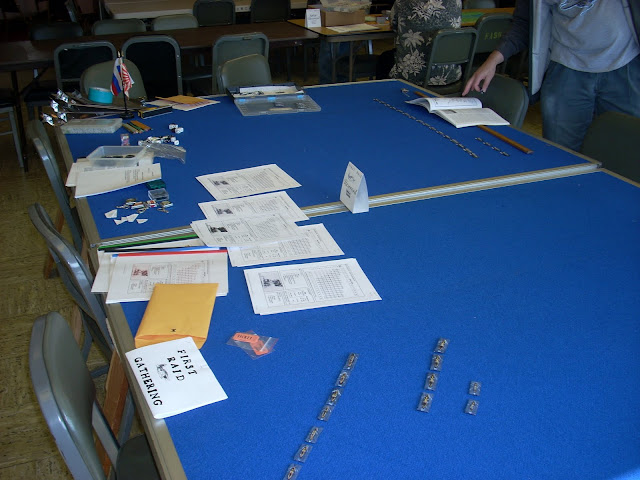 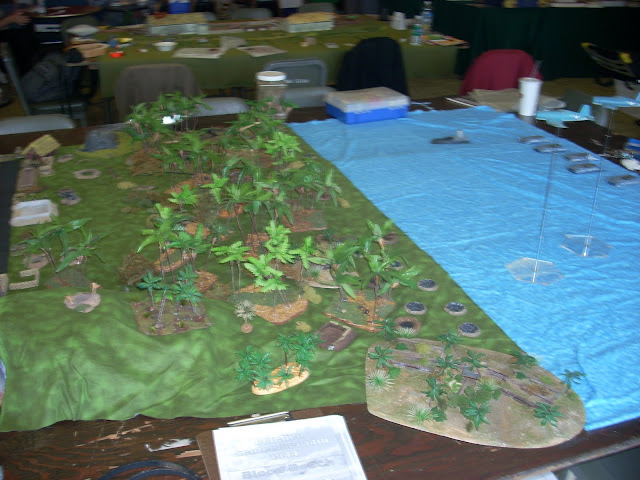 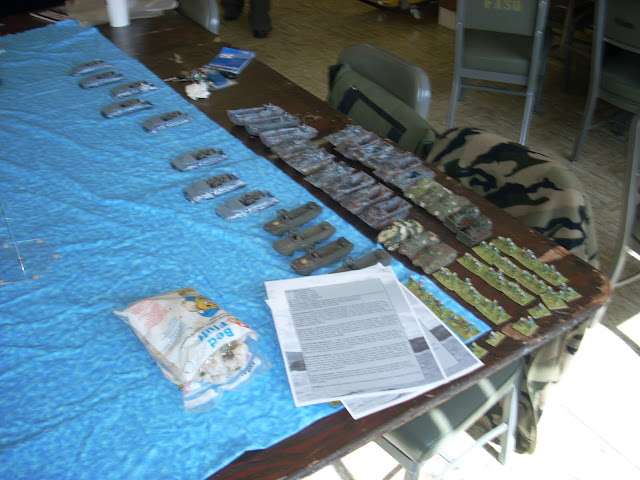 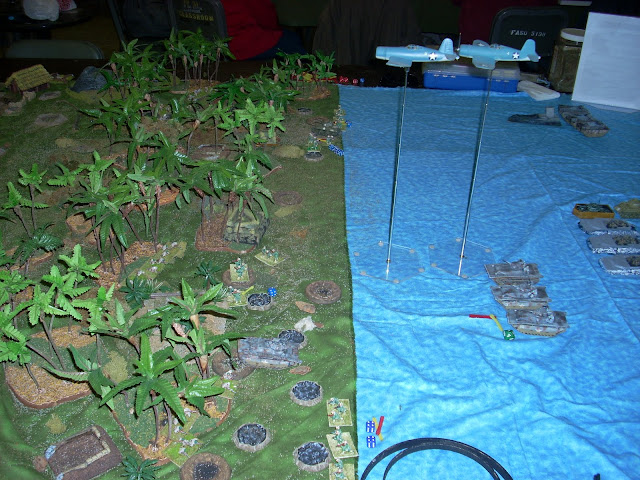 After finishing the ancients tournament I participated in the PanzerKorps game as the Japanese commander. By the time the game ended the US Marines were in a precarious position. In the third photo only four companies were still on the beach head with the two at the top and one at the bottom of the photo in serious trouble. The Japanese had a company with tank support in reserve that was about to advance and fire on the two companies at the top, which Manny determined would cause them to be lost. This was my first time playing Manny Granillo's rules and they very good and fun to play.

The final set of photos are of the Lost Battles Ancients tournament. There were only two participants, Tom McThorn commanding the Romans and Rob Schmidt commanding the barbarians. Since both were fairly new to the game system the battle of Bibracte was chosen for the game as it had armies matching their choices. Per the tournament rules Rob's army was adjusted to a fighting value of 73 by adding an Inspiring commander and an average commander.
The battle lasted four turns and ended with the last of the Helveti routing from the battle. Rob had managed to destroy the Roman cavalry on his right and had moved his cavalry into the Roman rear using his average commander. His left wing cavalry had also shattered the one reserve veteran legion that it faced. Although one other Roman veteran legion had been shattered in the center, Roman morale had held throughout the battle. Tom had captured both of the Helveti flanking center zones. Almost all Roman units were spent, but by the end of the game Tom had shattered nine units of Helveti warriors, and all the other Helveti were spent. Final score was 118 to 69 with the Romans winning. None of the generals were lost during rally attempts. Thanks to both for participating. 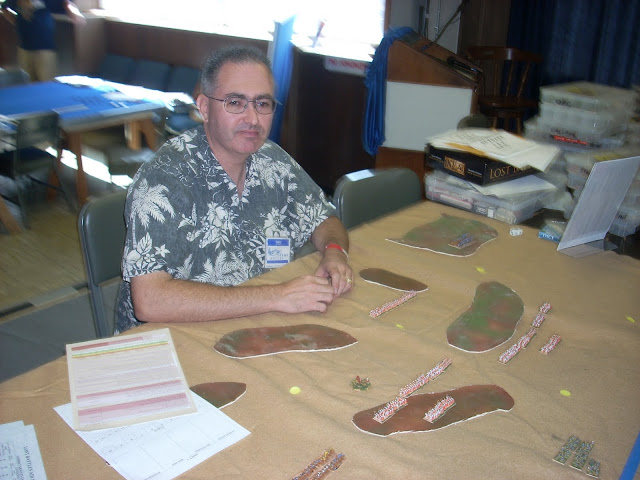 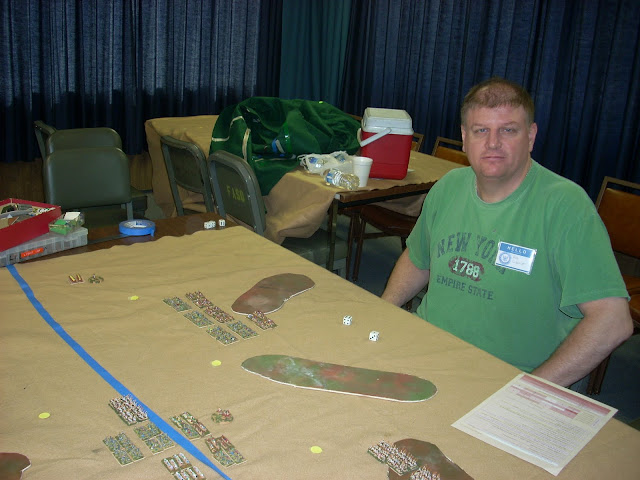 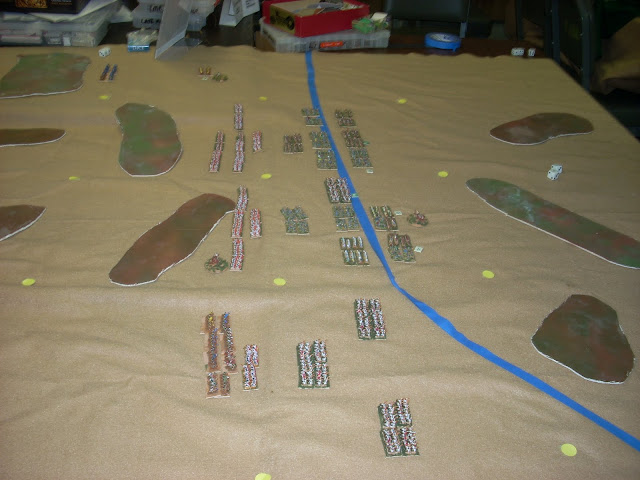 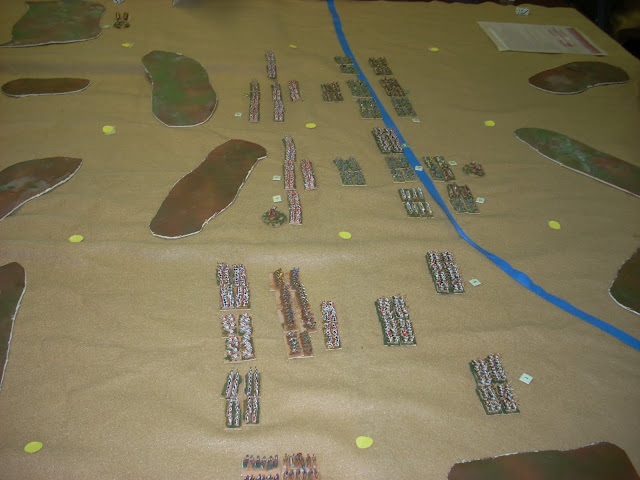 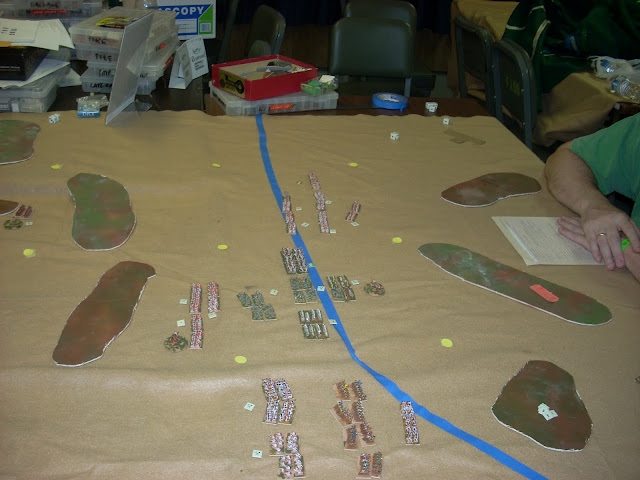 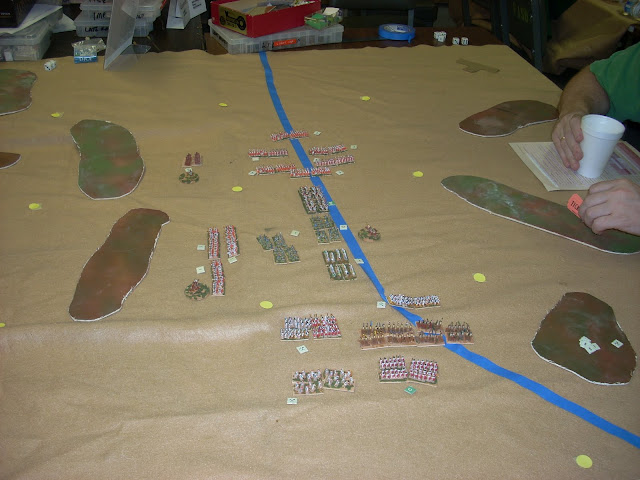 Posted by William Butler at 9:41 AM 2 comments: