On January 2nd Manny Granillo hosted a large 25mm Renaissance battle at his home using Repent or Die from Hoplite Research.  I was the Imperialist commander and was assisted by Scott, Rob, and John.  Scott volunteered to take the town garrison on the left, John had the right wing cavalry, Rob took the right center infantry, and I had the left center infantry and artillery.

The plan was for John and Rob to pin the Protestant army and keep their re-enforcements from getting to the town.  Scott was to hold the town and engage as much of the Imperial right wing preventing them from moving to their center which was the weakest point of their army.   Our massed artillery was aimed right at the central weak spot.  continual bombardment from our artillery managed to disorder the enemy units in front of them.   At one point an opposing cavalry formation charged a group of monks.  fortunately one of the guns inflicted enough disorder markers on them that the monks were able to rout them.

another highlight of the game was a battle between a veteran imperial pike block and an opposing rabble class pike block.   this should have been an easy ;victory for the veteran imperialists.  However, the first round of combat saw the imperial pike block driven back.  It then rallied and massacred the rabble.   The rabble commander had rolled a one for the combat round and had to check for leader loss.  the leader survived and was able to grab the standard from the veteran imperialists and rode off into the distance with it.  the game ended shortly after that with a very narrow victory for the imperialists.

The first  eight pictures were sent by Manny prior to game day.  the following ten are pictures I took with my phone during the game. 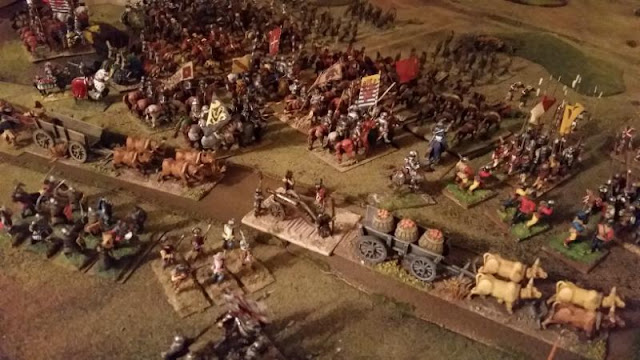 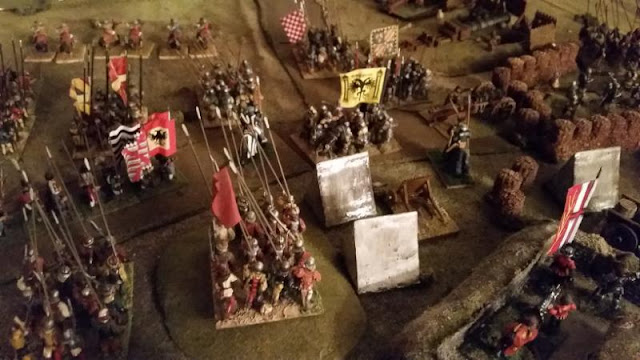 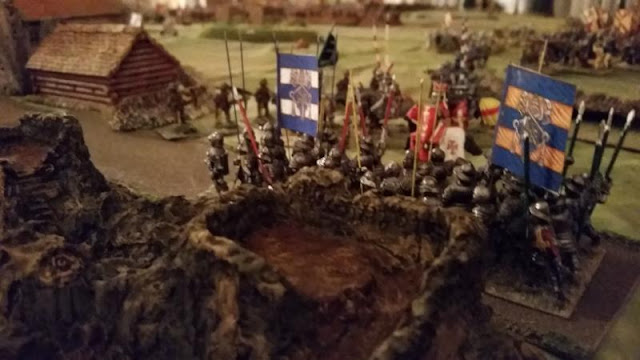 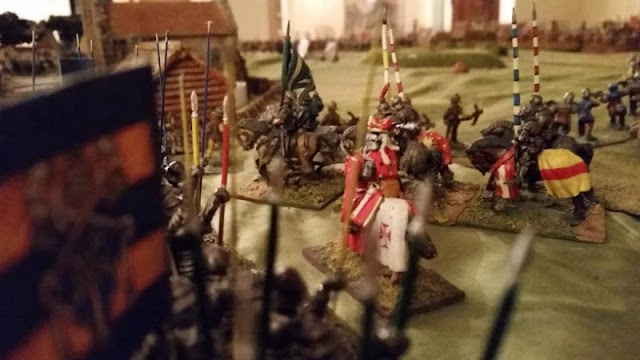 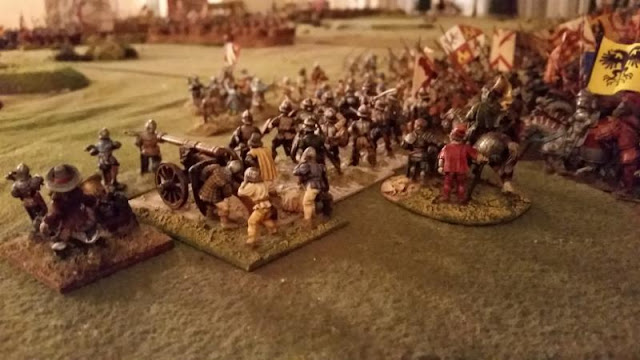 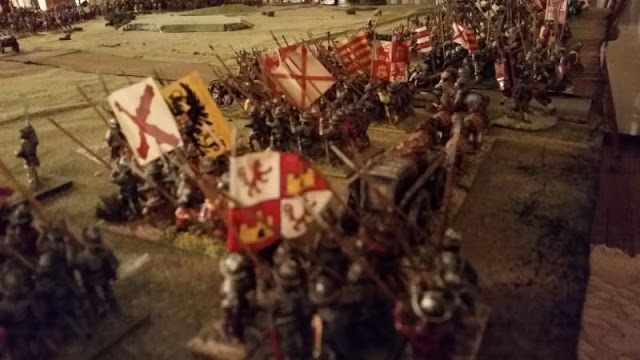 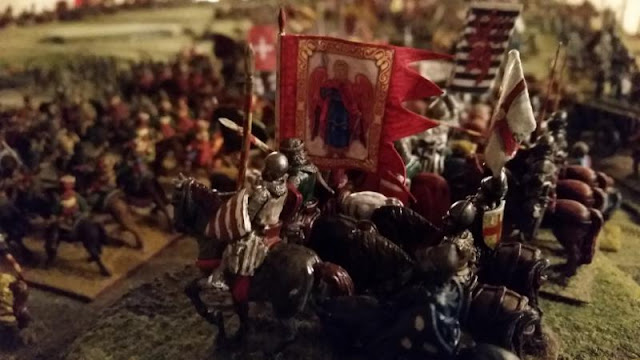 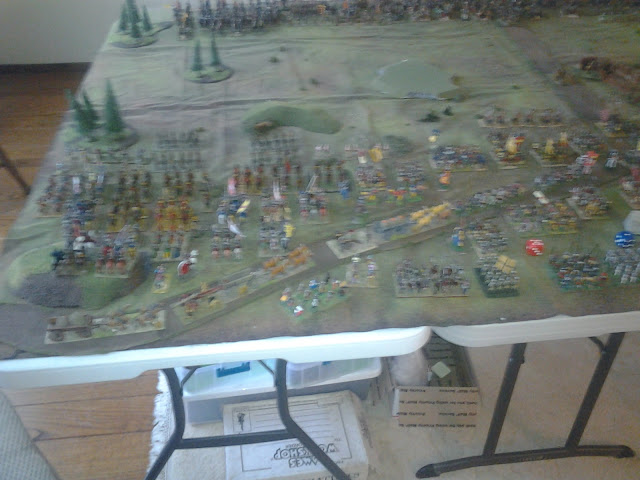 view from the protestant side.  Protestant re-enforcements enter from lower left corner 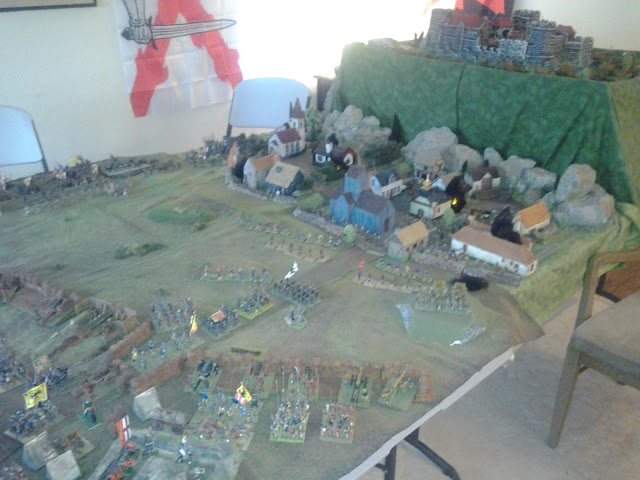 fortress on the hill with the town below 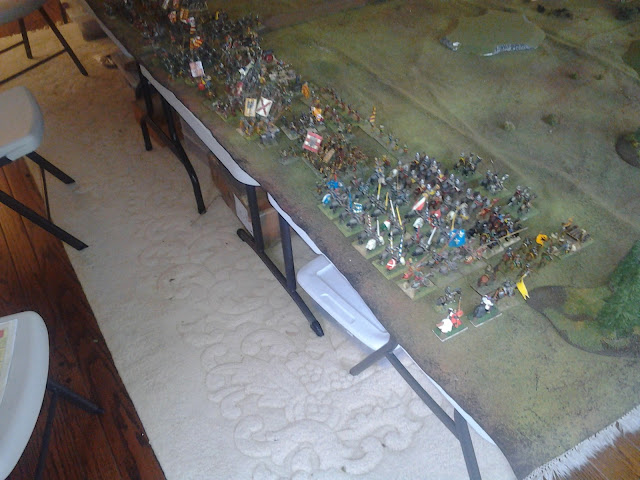 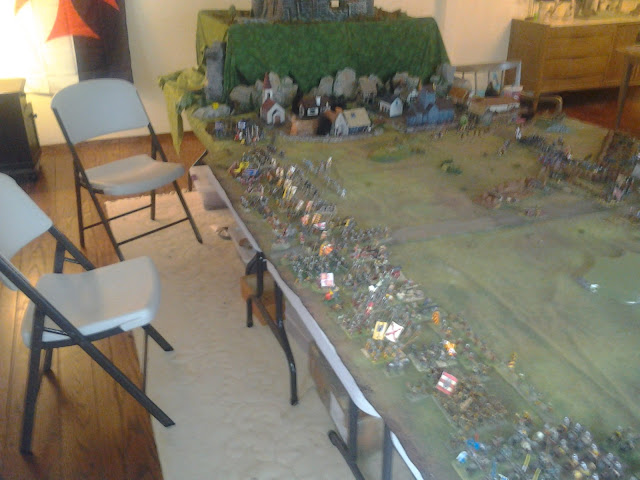 the imperial side of the battle field 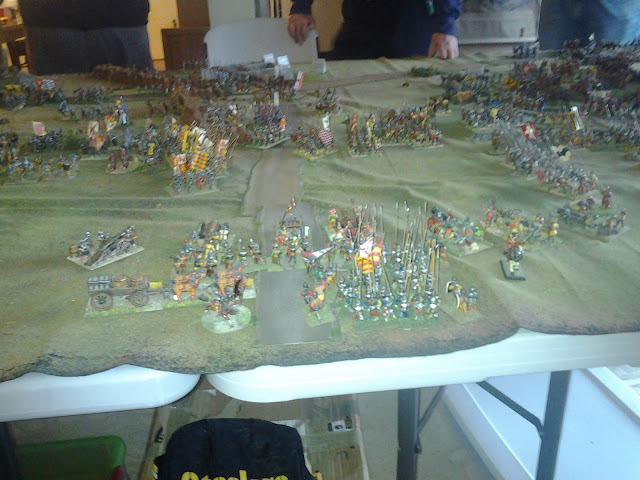 battle begins.  imperial artillery.  cavalry of both sides engages on the right 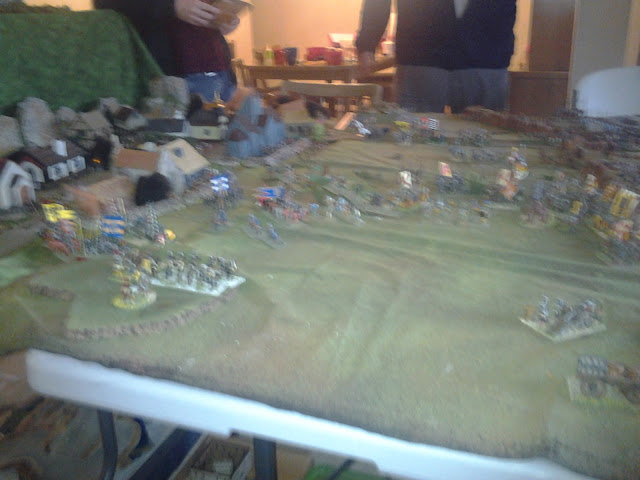 imperial pike blocks maneuver to engage the weak hinge of the Protestant line. 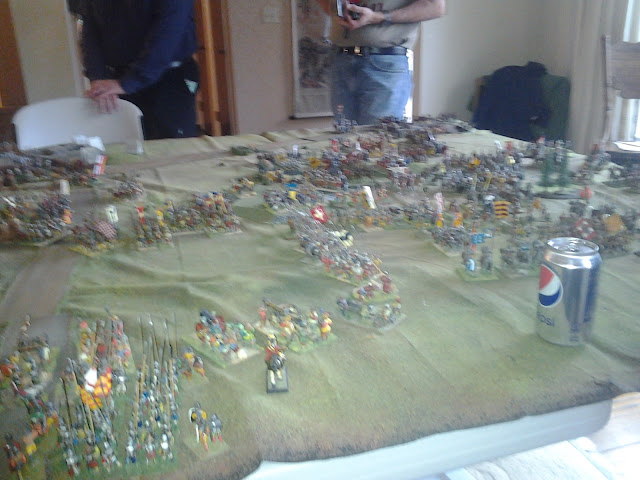 heavy fighting on the right of the battle field. 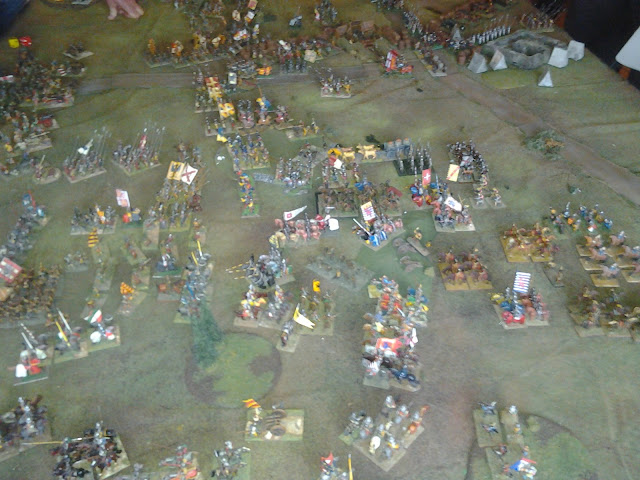 Proestants on right imperialists on left
﻿ 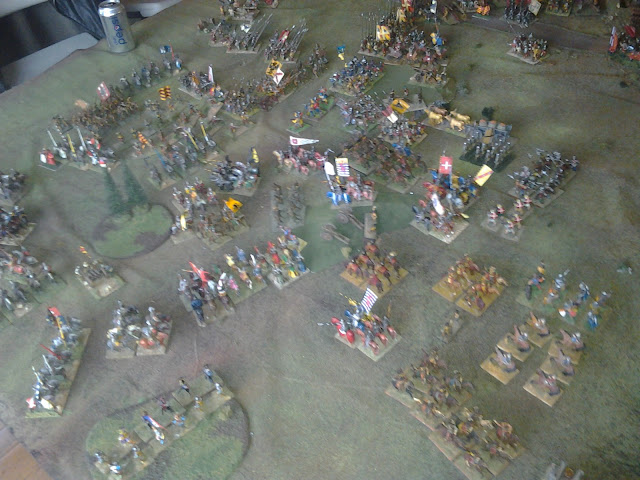