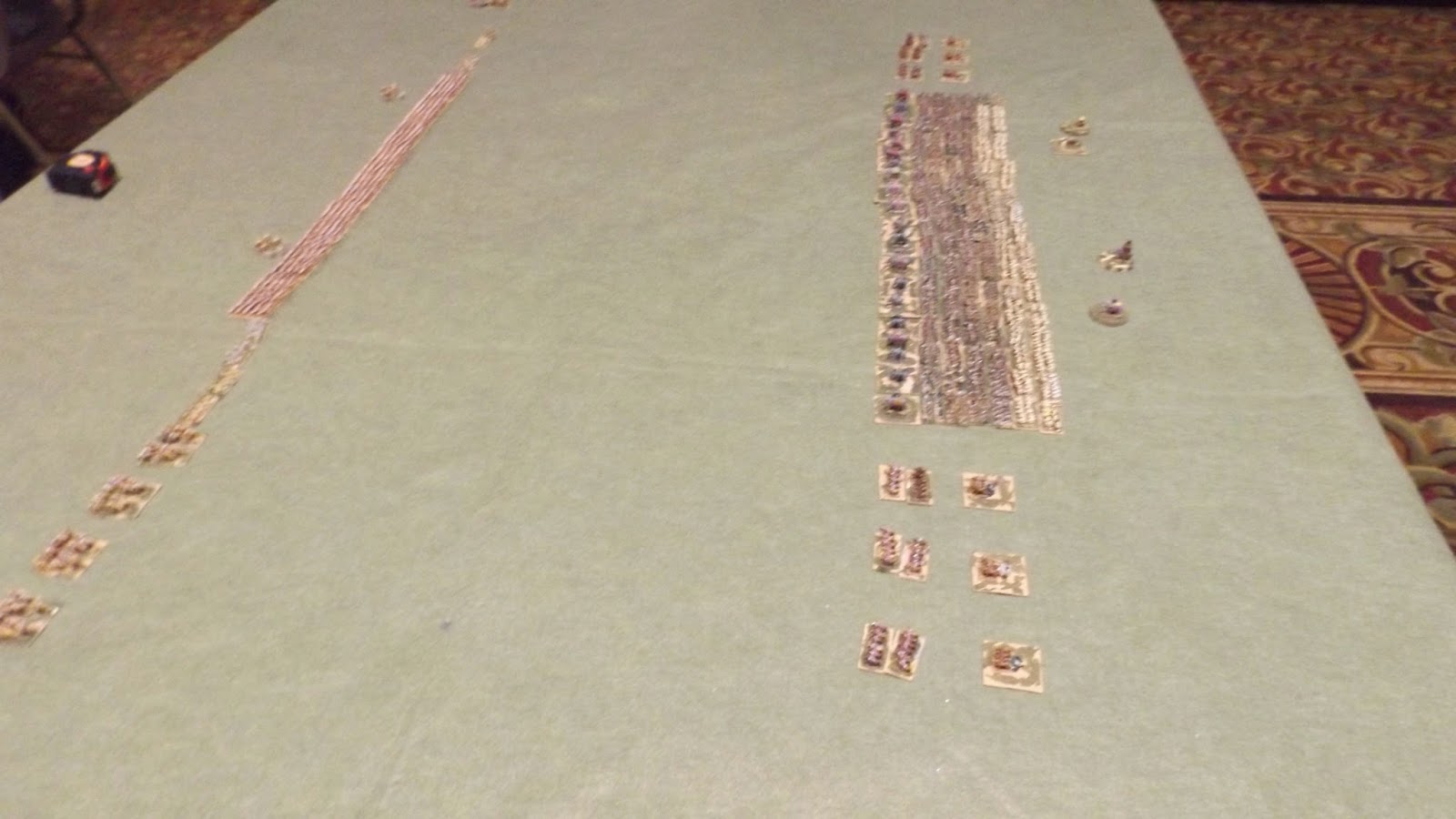 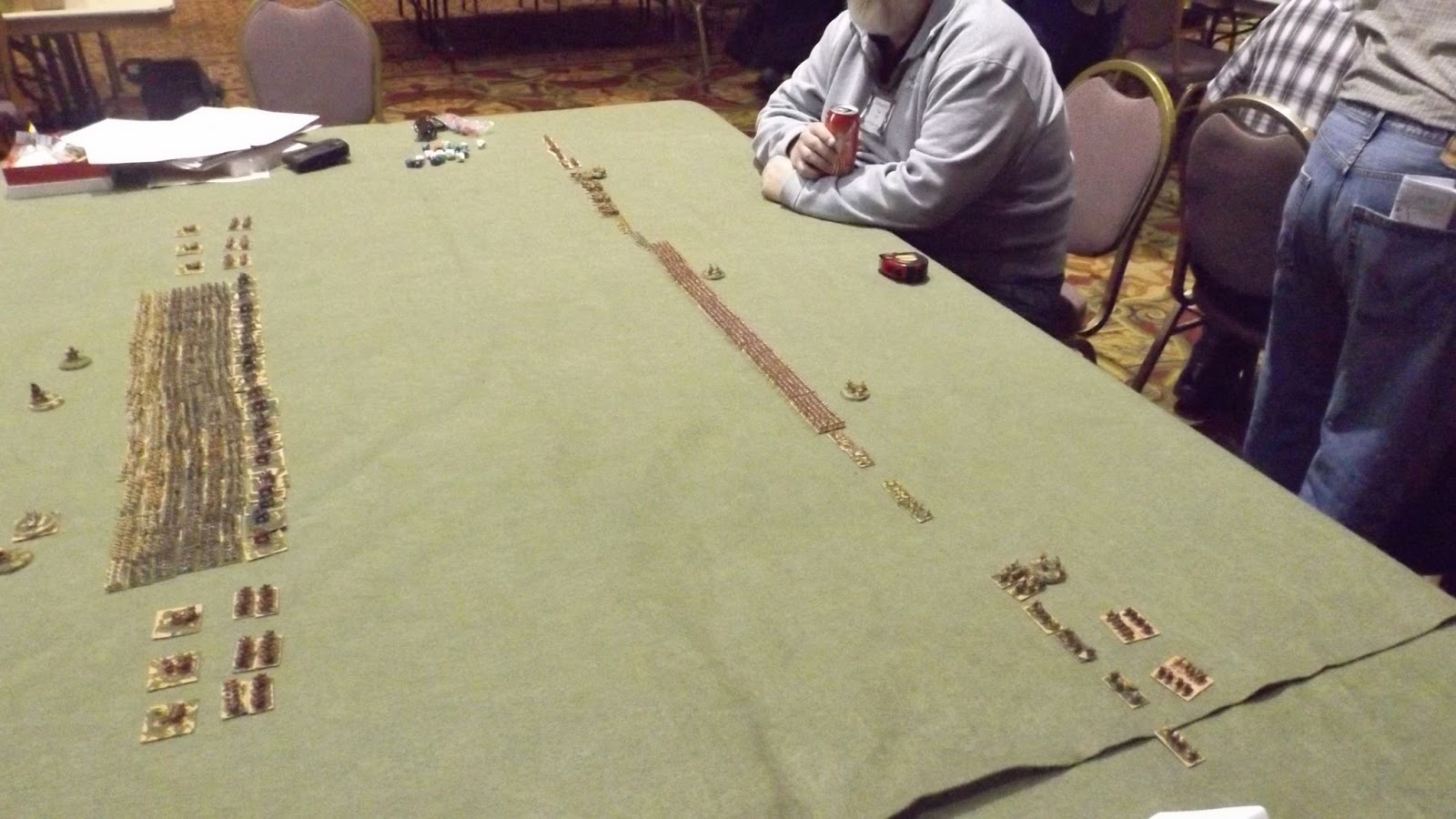 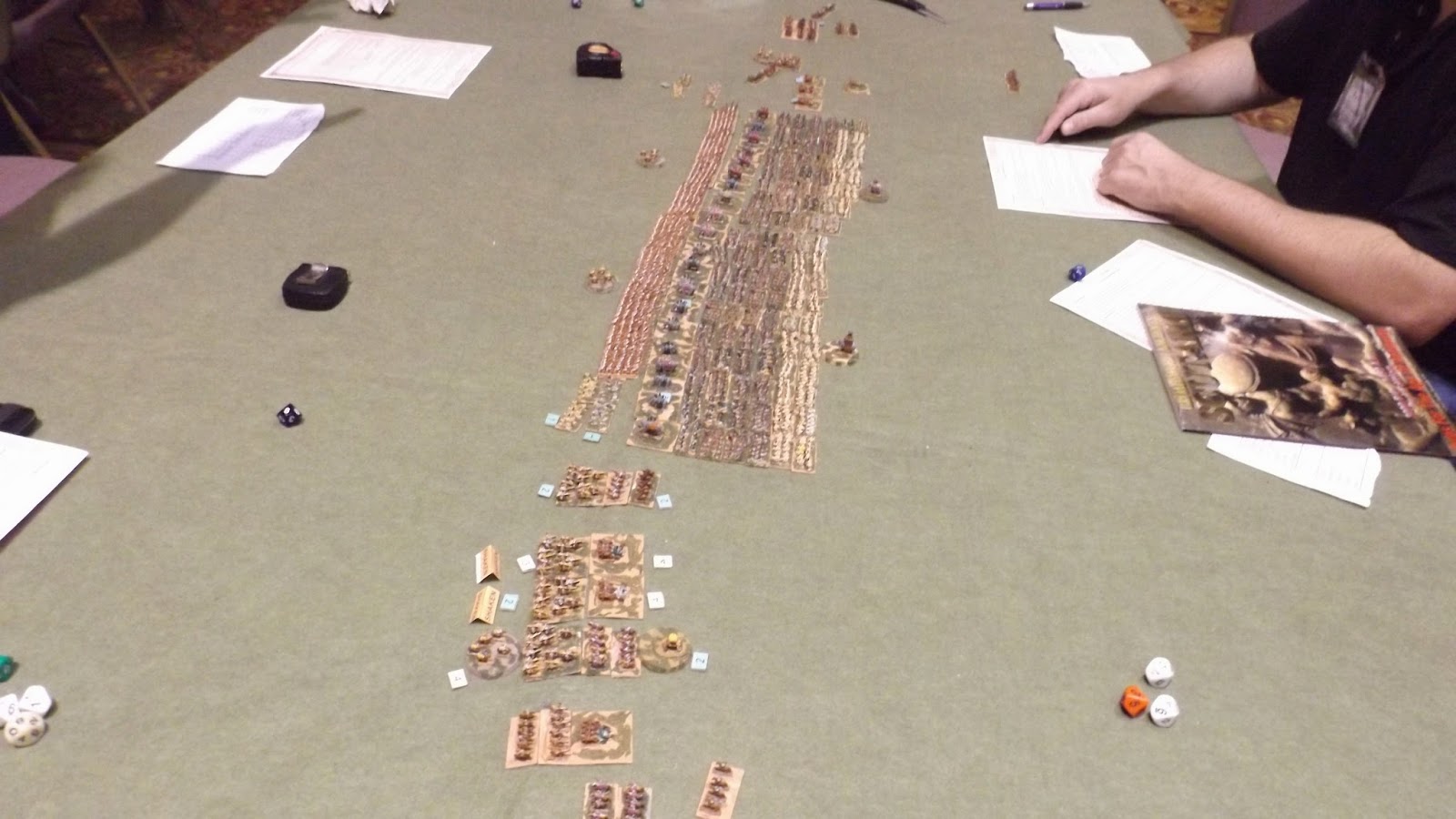 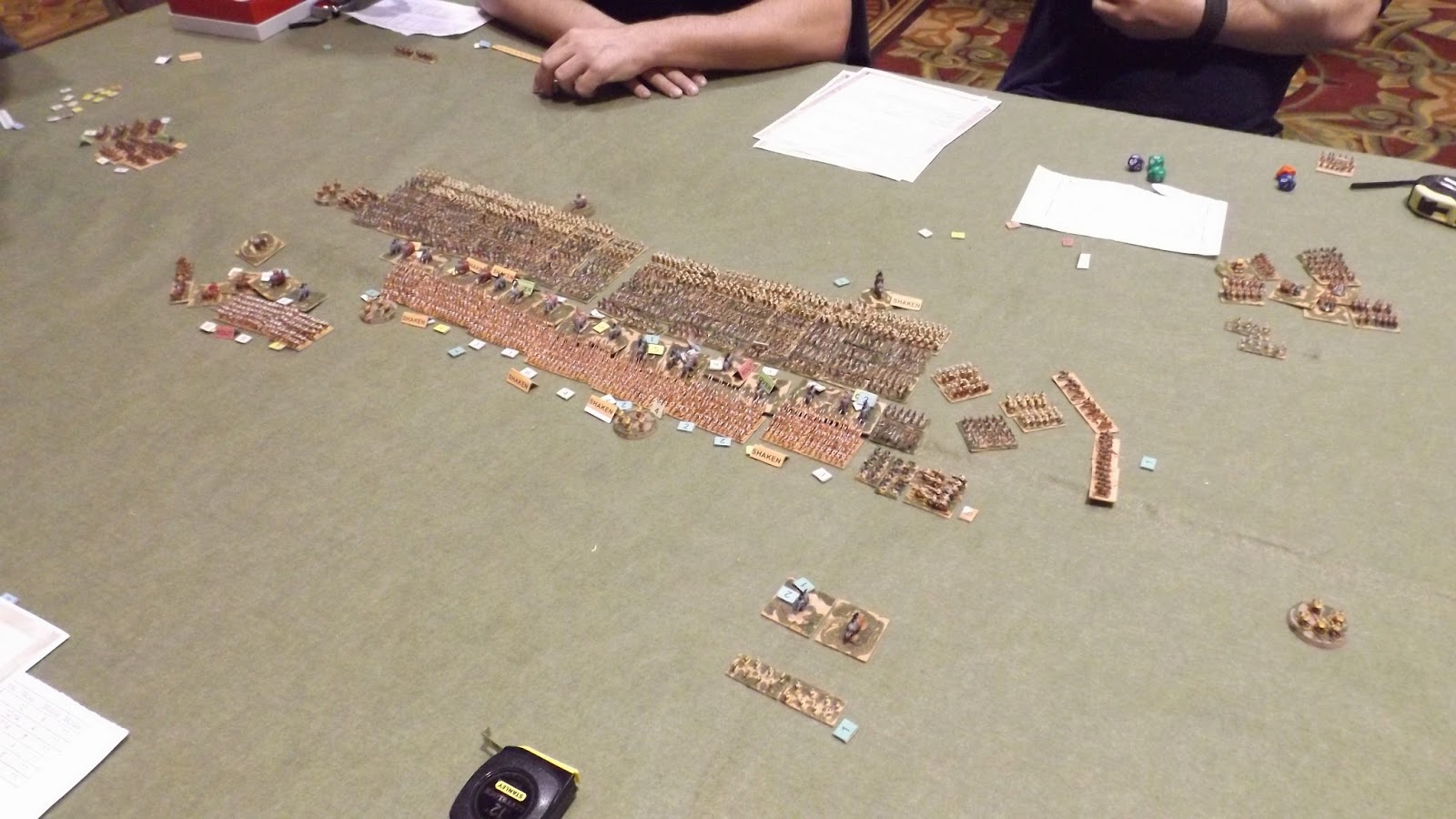 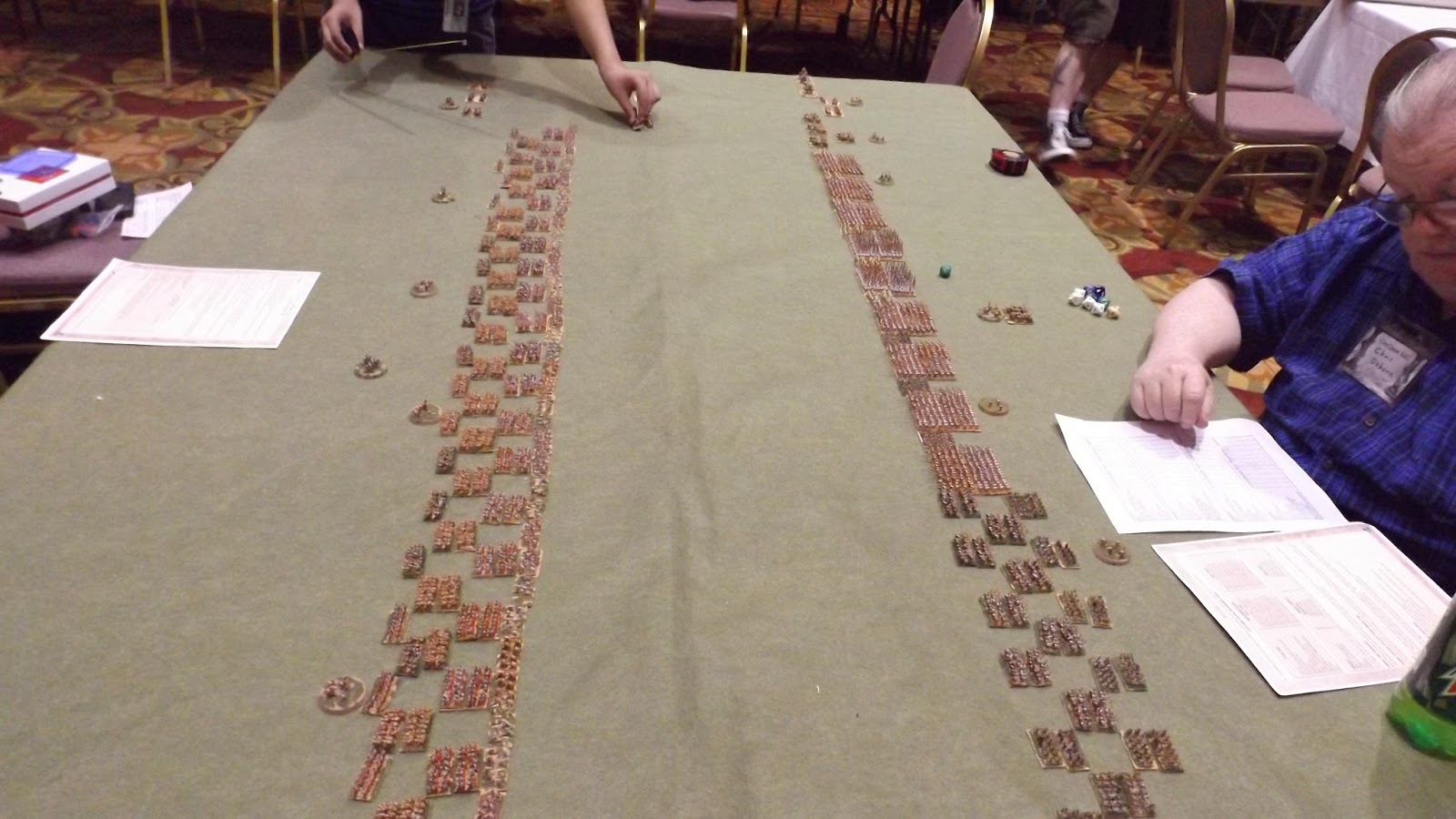 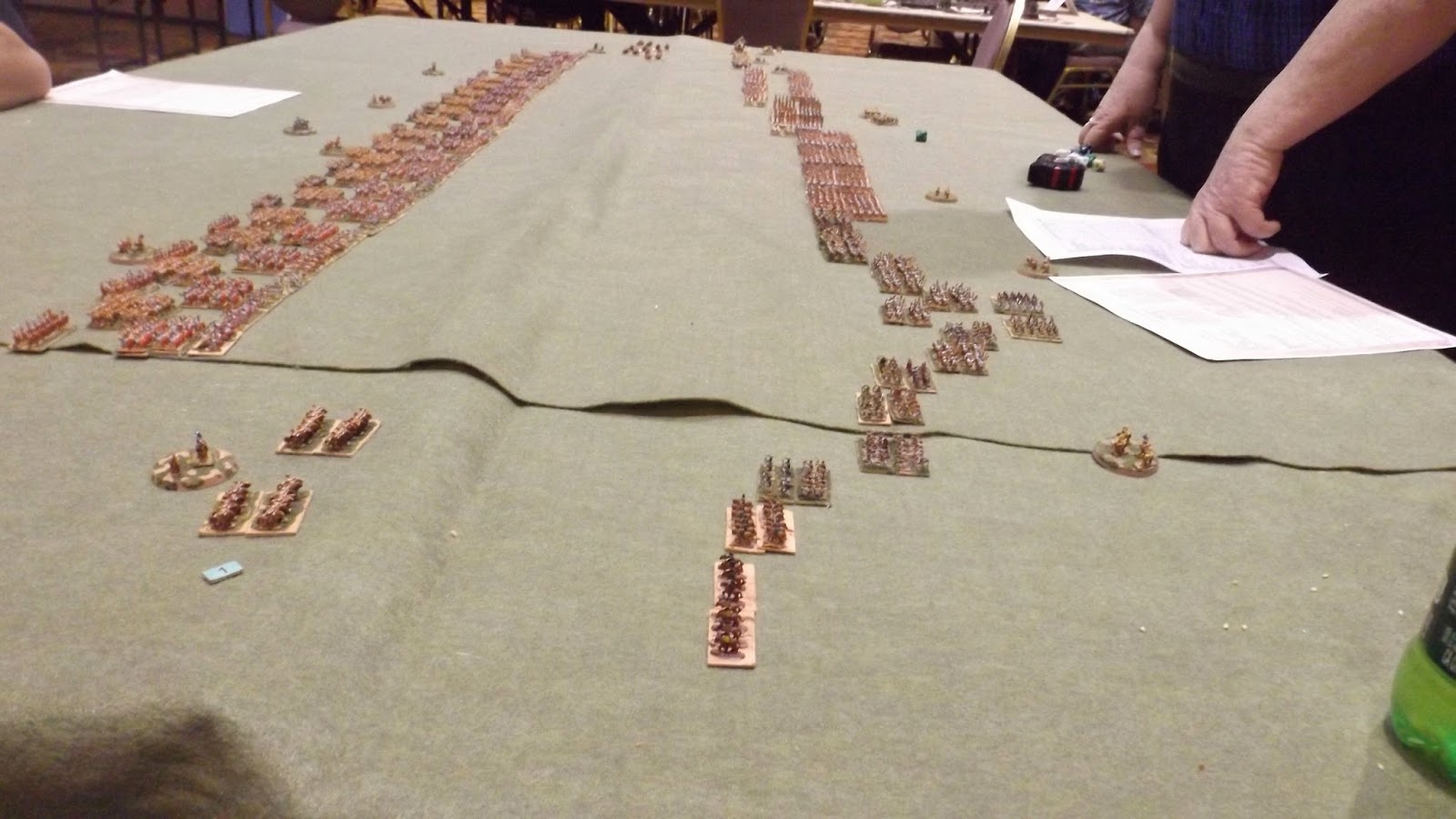 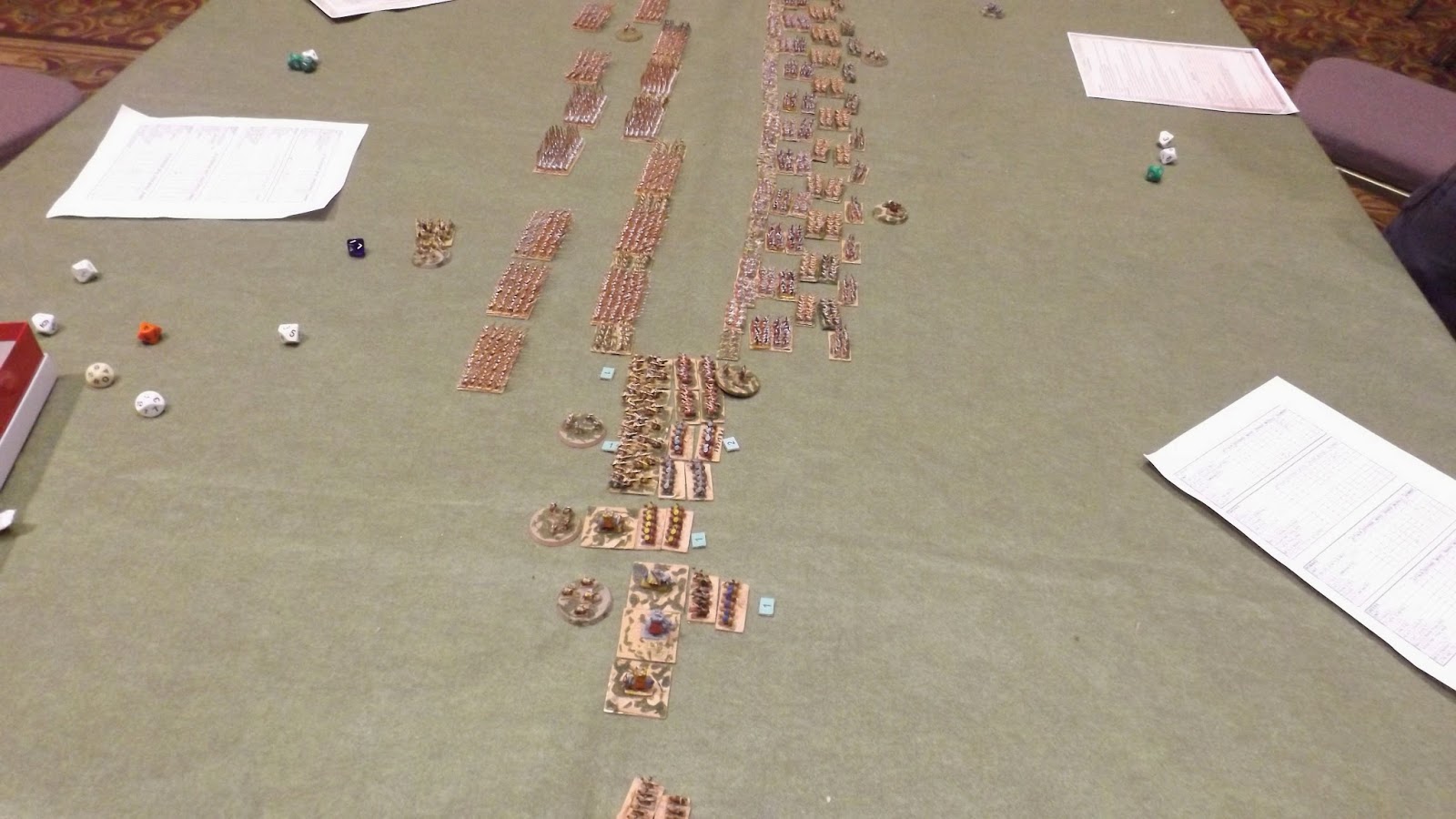 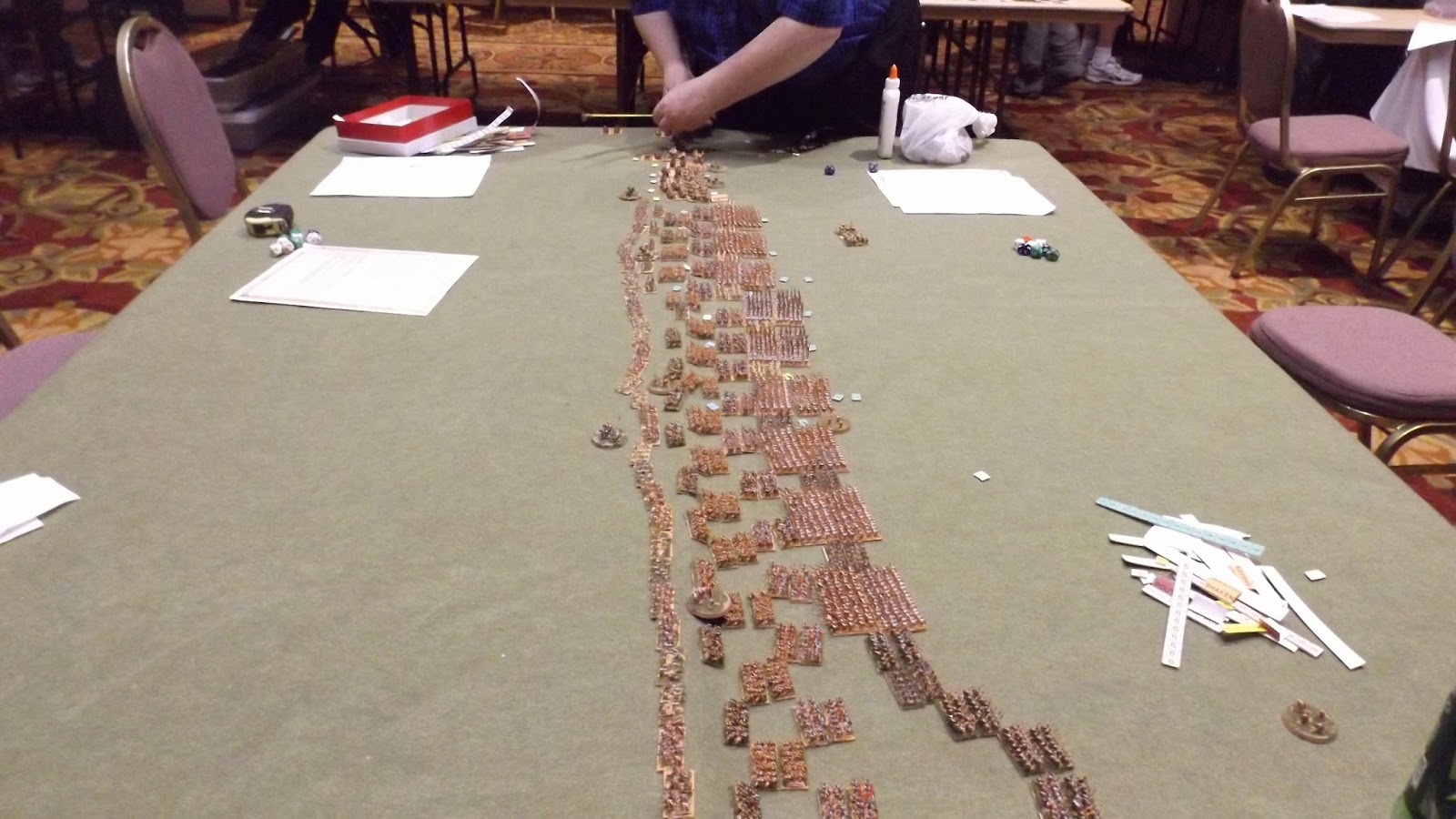 Posted by William Butler at 8:19 AM 2 comments:

I have completed painting the Ptolemeic phalanx.  The four main parts are the mercenaries, the Egyptians, the settlers and Libyans, and the guard. 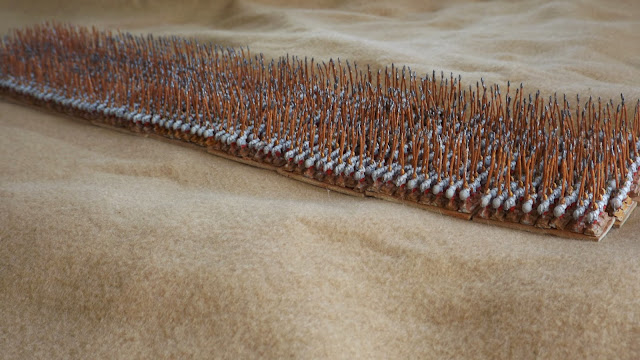 This is the Egyptian part of the phalanx.   The figures are Rapier Miniatures phalangites with vertical pikes.  There is a total of 960 figures representing 20,000 men. 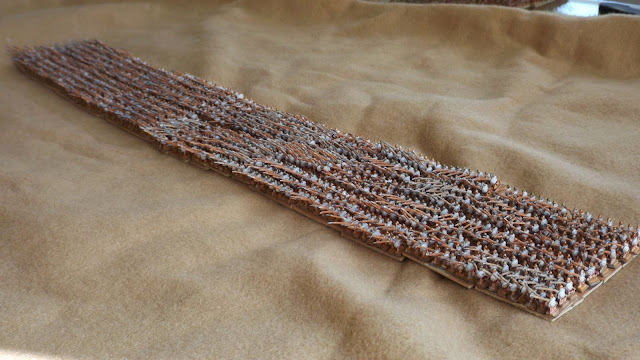 This is the settler and Libyan phalanx.  Figures are Rapier Miniatures phalangites with pikes at 45 degrees.  There are 1,128 figures representing 28,000 men. 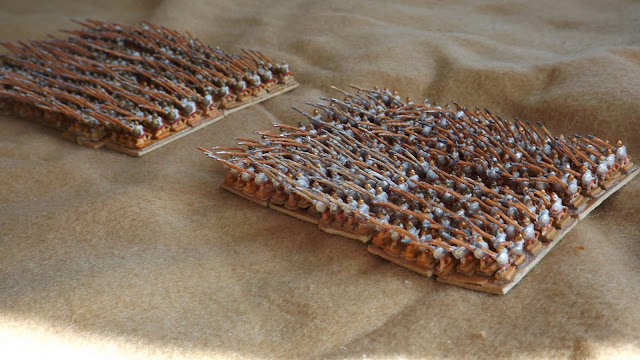 The guard.  There are 200 figures representing the 5000 men of the Agema and "peltasts".  These have been painted with silver shields.  Mercenaries in the back 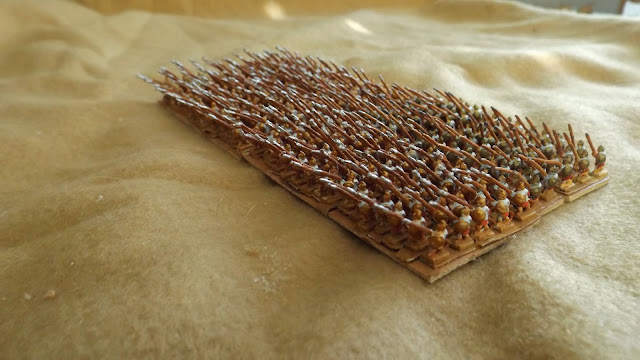 The mercenaries.   There are 320 figures representing 8000 men