Earlier this month I participated in a game using Sam Mustafa's Rommel rules at the Fresno game club.   The  rules had been modified slightly for a 1980 Cold War gone hot game.   The game started later than planned and we only made it through three turns.   Little Wars TV on YouTube has a review of the rules and two videos of a D-Day game that they did using a modified version of the rules.   I found my experience to be similar to what they described about the game play in the review.   The mechanism of using op dice to determine strategy for the turn and offensive and defensive tactics for the combats was time consuming having only minor effects on the combat outcomes.

Pictures from the game.  Bryan was the game master and provided all the 15mm vehicles and terrain. 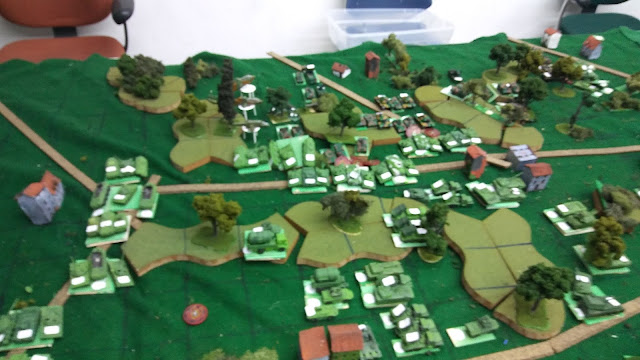 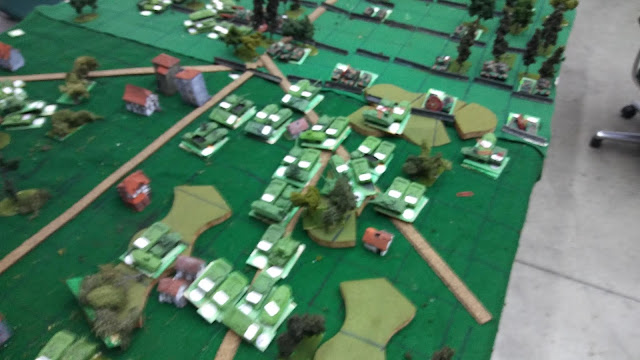 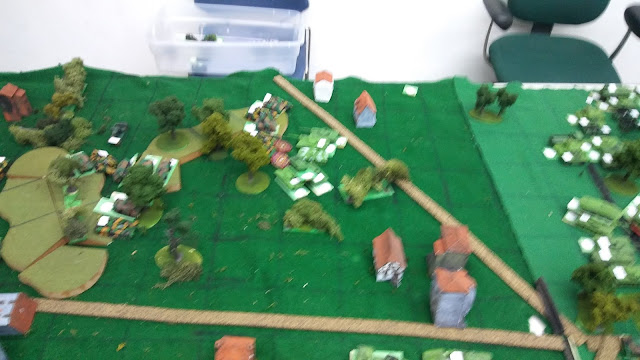 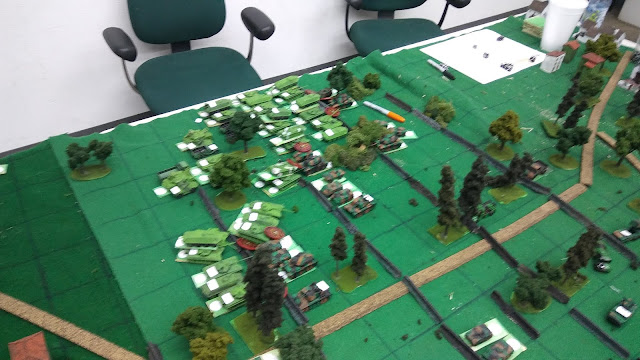 I am planning on running a couple of games at the Gauntlet Gaming convention using Lightning War - Red Storm and will do a comparison of the two rules in a later post.

The following weekend I participated in a Fistful of Lead pirate game at the South Bay Gaming Club.  The Scenario was based on a scene from Treasure Island where the pirates attack the heroes in a stockade.   I was one of the two players running the heroes.   We had eight on our side.   There were 18 pirates attacking them run by five other players.    We killed a few of the pirates before they reached the building and broke down the door.   The hero of the game was Jim Hawkins.   He took out four of the nine pirates that we killed in hand-to-hand combat as the pirates came charging through the door one at a time.   He did have some ineffective help from the other defenders though they usually ended up wounded or dead for their efforts.   There were rousing shouts of "He's dead, Jim" each time he felled one of his attackers.  The following pictures were taken by Lawrence. 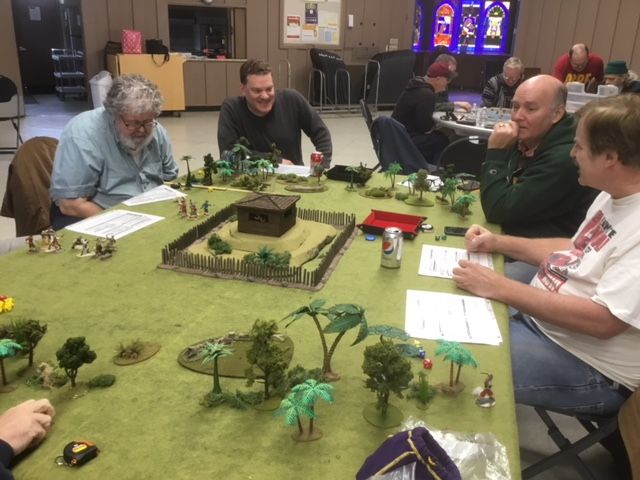 From left to right Bob, Allen Chris (who was the other defender) and me 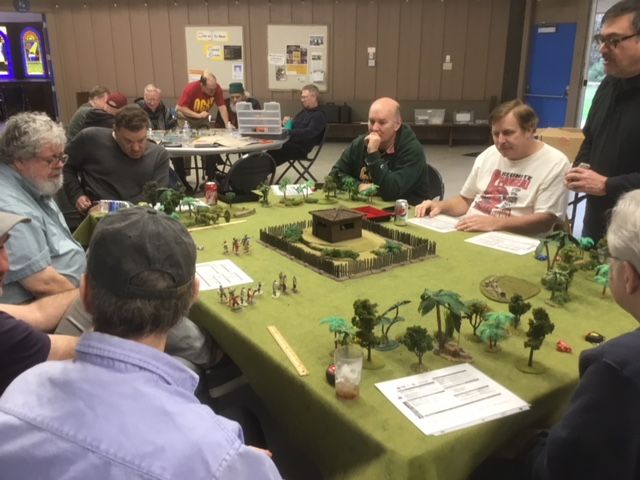 Our gamemaster Nick on the right edge of the picture 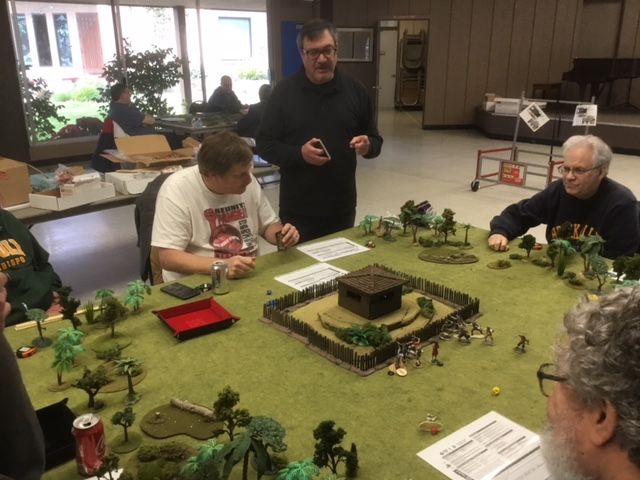 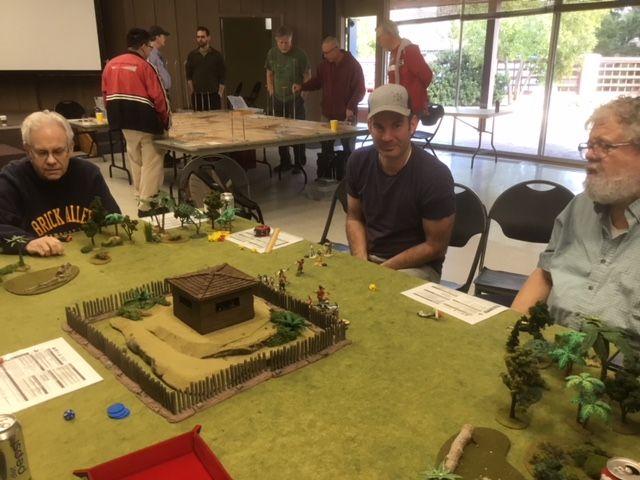 The Gauntlet  convention is this weekend and I still have a few recent vehicle purchases to finish painting before the weekend.   These are several dozen vehicles for the Federal Union of Buena Vista's army along with some T34-85's for later this year.   Also, a couple of dozen vehicles for the People's Democratic Republic of La Cucaracha.   Hopefully there will be enough players at the convention.   Last year's Gauntlet had a good mix of games and enough players for the games.    This year is questionable due to some changes in format.
Posted by William Butler at 7:15 AM No comments:

Back at the beginning of 2019 I posted my project plans for 2019.   These are listed in black with status in Red   All Projects are 6mm unless noted otherwise.

Items that were added and completed
purchased and painted some 1:285 Leopard 2 Revolutions
Finished painting some 28mm fantasy figures.
Finished the 28mm castle
Purchased and painted some 28mm science fiction figures
Printed and assembled a 28mm spaceship using World Works Games First Light, expansion, and other sets.
Printed and Assembled the 28mm Desert Village and Desert Fort sets from Wargames Vault.
Printed and assembled a 28mm Science Fiction town using World Works Games Mars Station set.
While most of the above were not reported on the blog, they can be seen in several of the blog posts.