Attended the Second Raid gaming convention on Saturday October 6. There was a good variety of games there with a WWI battle, a naval battle, a French and Indian War game, a Flames of War Nattle of the Bulge game, and several board games. I ended up commanding the American forces in the Battle of the Bulge game.  As the game progressed my intention was to lure the Germans into a position close enough so that my infantry could attack theirs.  In order to accomplish this I had to fall back on both flanks.  However, the platoon on my right ended up being pinned and could not fall back, being caught by the advancing Germans.  As expected he moved one of the two platoons on the other flank towards the village leaving only one platoon to face mine.   I was fortunate that he was only able to roll one hit out of eleven dice for his defensive fire and saved the one hit.  On the other flank his platoon was pinned and only had five dice for defensive fire.  In all my counter attack eliminated about 18 stands of German infantry for the loss of a couple of my infantry stands.  This left the Germans with one platoon at full strength and a second platoon at reduced strength.   Of my original forces I had lost one platoon and had a second platoon badly hurt.  The other two original platoons were still in good shape and I had three more arriving platoons marching towards the village. 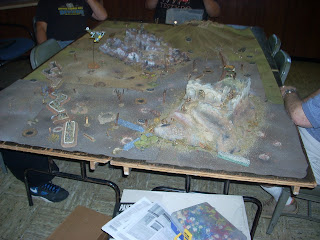 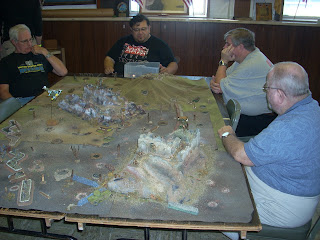 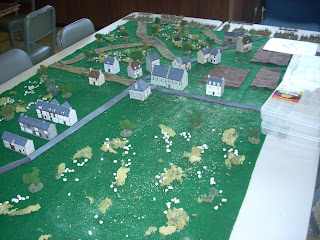 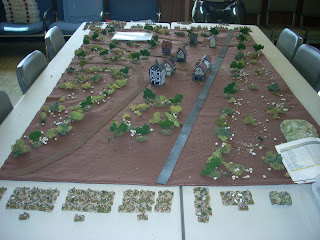 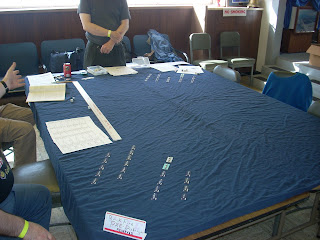 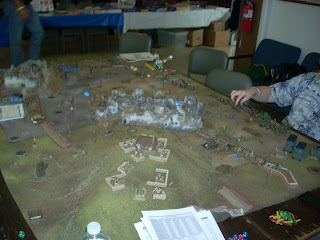 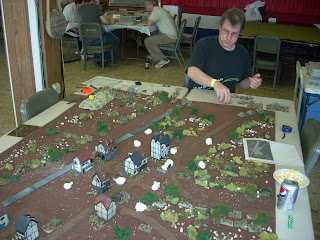 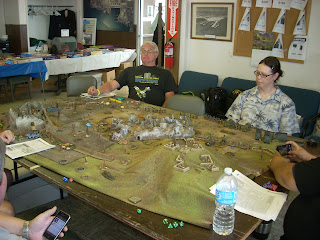 another view of WWI game in progress 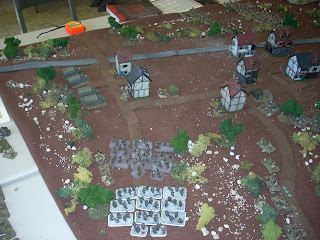 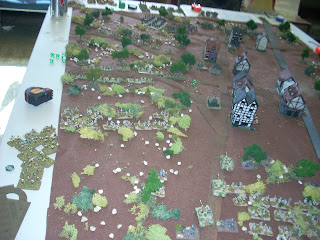 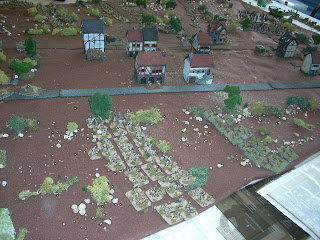 Two German platoons advance against a single American platoon on other flank. 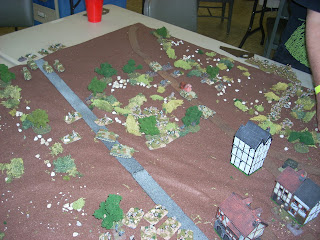 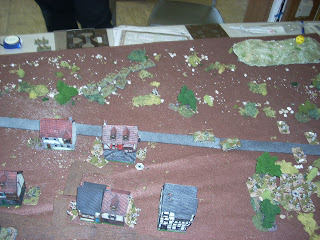 German attack has captured part of village and one objective on previous turn.  However, the Americans then launched a counter attack on both flanks.   German platoon at top has been eliminated and Americans are now formed on flank of German advance. 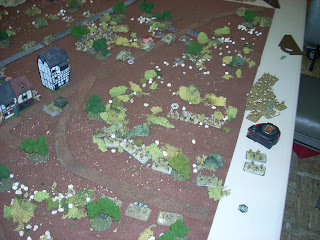 American attack on right flank was not quite as successful.  German platoon was almost eliminated, but Americans failed morale check and had to fall back. 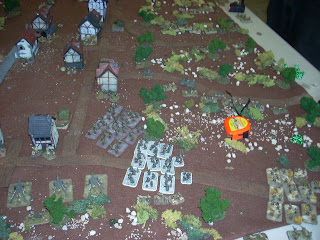 Same turn.  American re-enforcements have almost reached the town.  Germans conceded game at this point as Americans were in position to reclaim the village.
Posted by William Butler at 10:31 AM 1 comment: 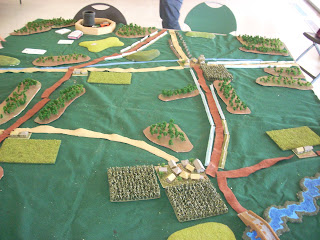 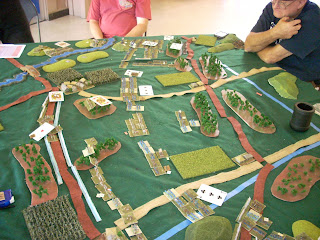 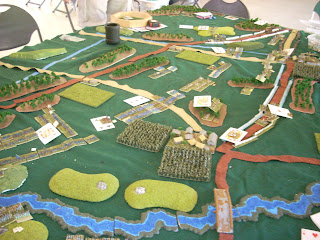 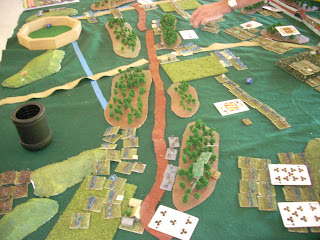 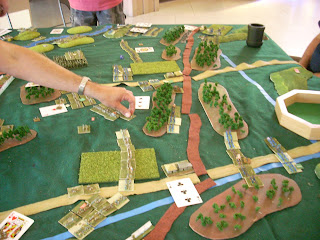 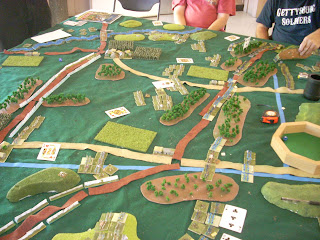 .  End of the battle.  Confederates in control of the battlefield.
Posted by William Butler at 9:55 AM No comments: