After being asked about the battle of Raphaia,  I decided that I would take a look at what was needed for the armies.  The first part will look at the composition of the armies.

The elephants on both sides were accompanied by light infantry so each base would be 4 or 5 elephants.  This would be 15 to 18 units of elephants for Ptolemy and 21 to 25 for Antiochus

The infantry of the Seleucid army was a bit more diverse.
It included

The Seleucid cavalry totaled 6000.
2000 were the guard cavalry (Agema and Companions)
the other 2000 on the right were settlers
The 2000 on the left flank may have included the mercenaries that deserted to the Seleucid army the year before and may have been a mix of settlers and mercenary heavy and light cavalry.

Posted by William Butler at 8:39 AM No comments:

HR Games has released Scutarii.   It is now available on their web store at HR Games   A Yahoo Group has also been started.at  Domus Scutarii 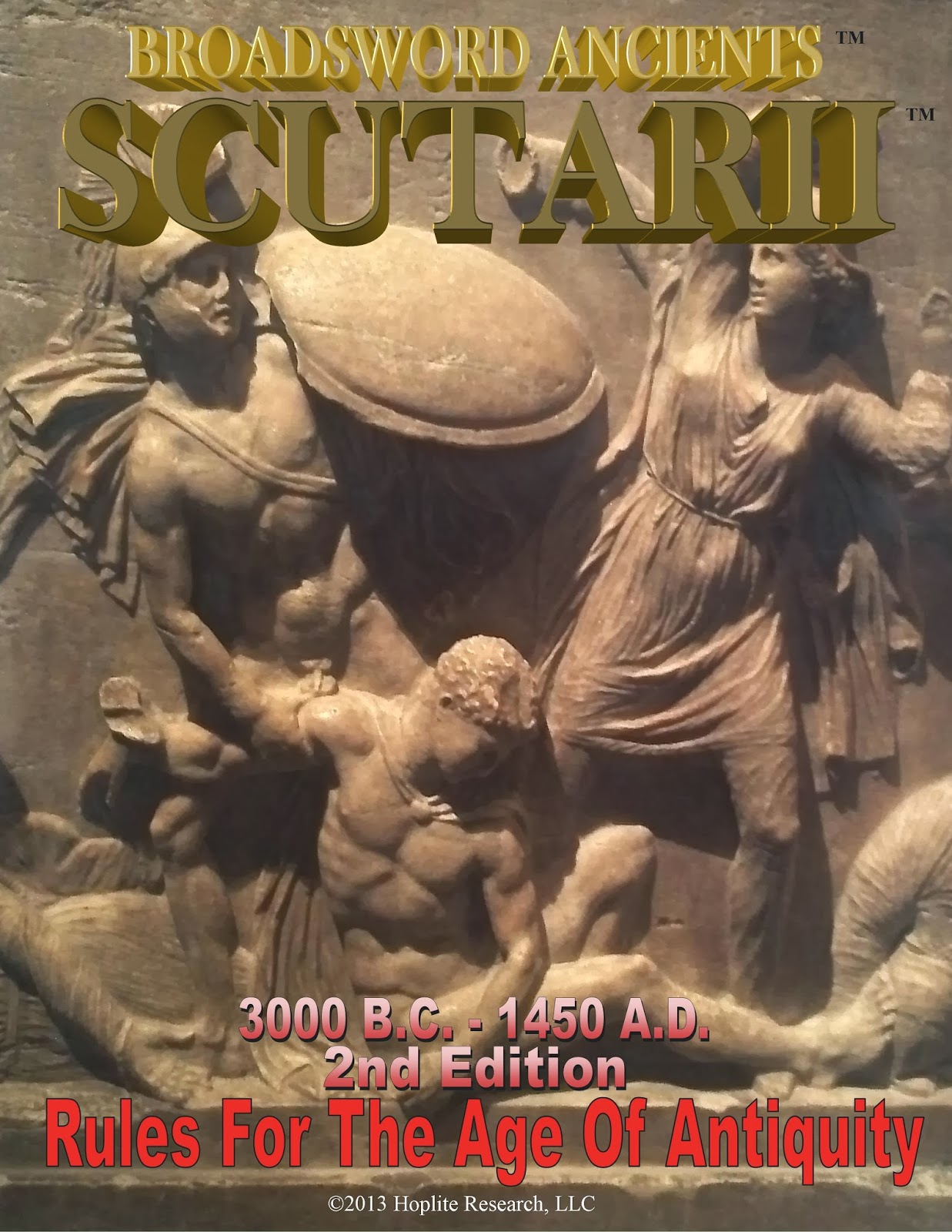 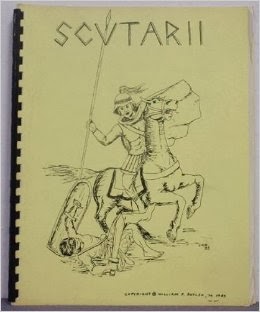 A later color version of the original cover 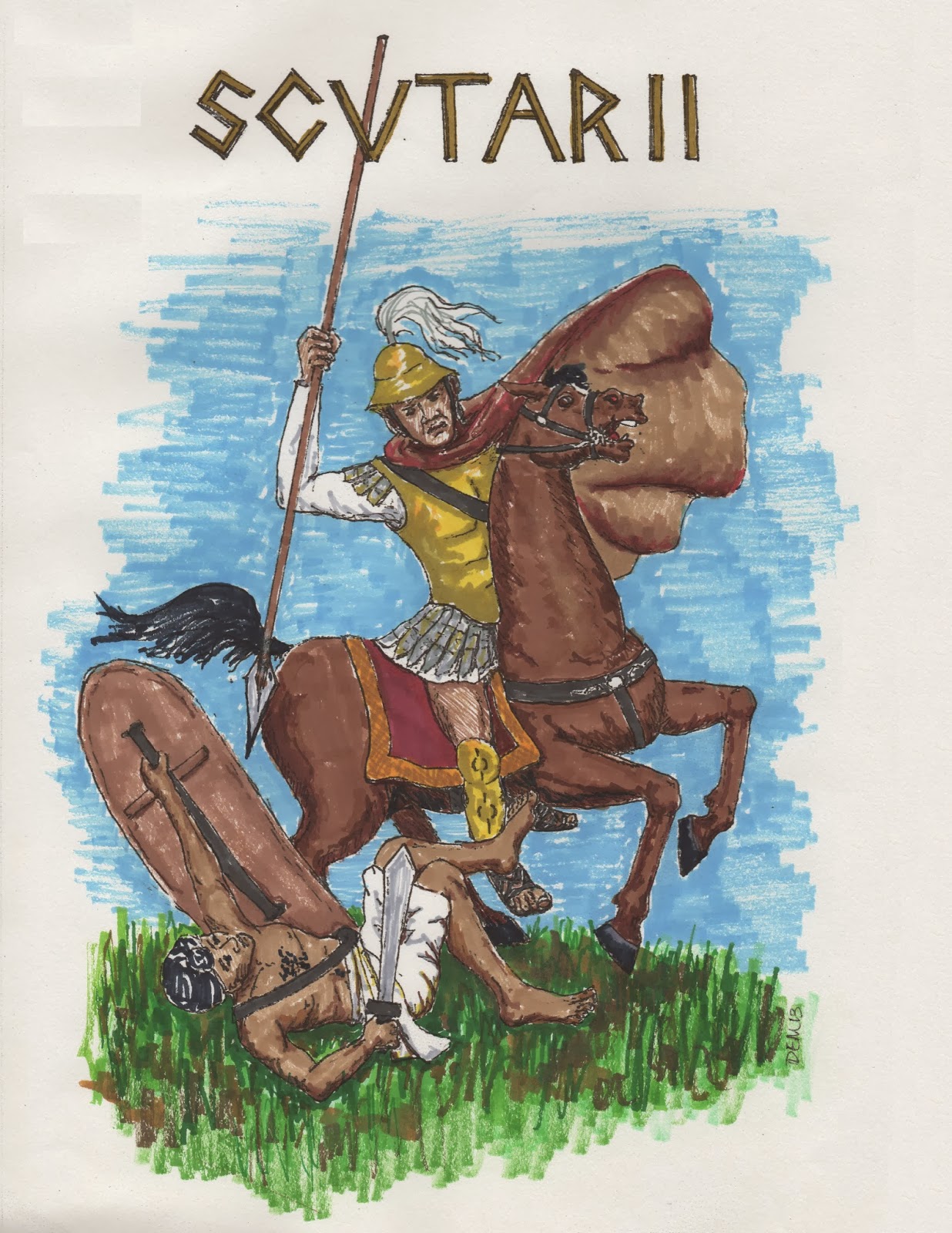