This issue saw the first posting from one of the participants.  Ray was fortunate when he drew the event card that gave ten talents to anyone who had not melded a country. Because events are resolved first during a turn, Ray got the money and was then able to meld two countries.  The updated campaign map showing the current alignments is below.  I just found out how to enlarge the images in a blog post and have gone back to enlarge the campaign maps in the other postings.


Mysterious envoys from another land have provided financing to those opposed to the Grand Confederation and the League.   Amounts donated were as large as 10 talents.   Rumors are that their leader is an elderly man of enormous girth.


In a splendid ceremony Prince Nicholas has been crowned ruler of the Aquilan Empire.   The prince has been noted for his extravagant nature.   He has even gone so far as to build a magnificent palace in Saiph named the Swillissaire Schloss.


The following was received recently:


To the Editor of the Akamar Herald:


The rumors you are printing about unrest in other county's merchant houses are wholly unfounded. Indeed, as of the time of the visit of the Phoenician Merchants, no other country had a functioning merchant house!


Perseus merely collected its fair share of profits from trading ventures conducted within its territory. I beg you reconsider your inflammatory language. Such oratory is not conducive to peaceful relations amongst neighboring States. 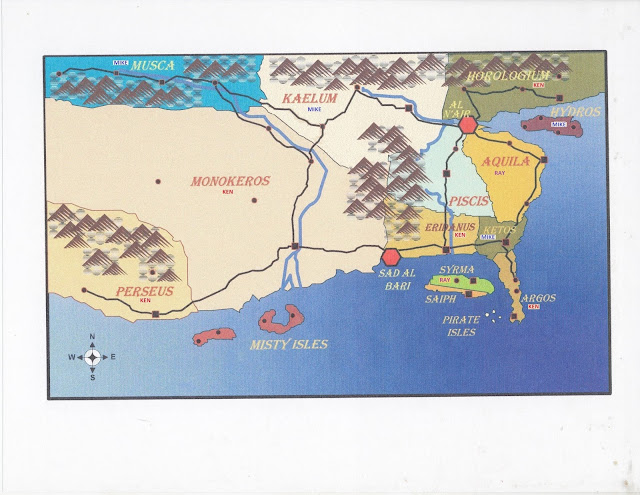 Posted by William Butler at 7:51 PM