Trade mission from the Phoenetians arrives.  Due to the high import duties charged by Perseus no one else was able to profit from their arrival.   This has led to increased unrest amongst the merchant houses.


Rival League formed.   The countries of Musca, Kaelum, and Ketos have formed a new league to counter the Grand Confederation.   The new league promises greater freedom of trade to all who join it.


Hydros changes allegiance and joins the new league.   Overruling the Monks of Nabbach, Inwahr III has decided that it will be more profitable for his country to leave the Grand Confederation and join the Alliance.


Below is the updated map showing control of the countries. 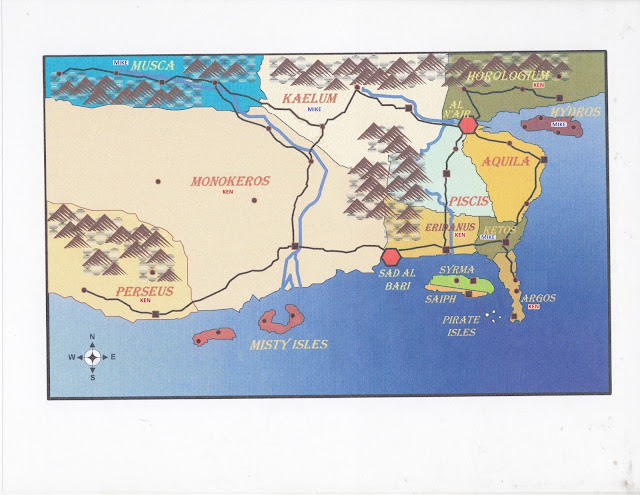 Posted by William Butler at 5:14 AM