Army of the Dark Lord part one

I started painting the next army this week.  Two units were already finished and a third was almost done, but there were three infantry units and one mounted unit that needed to be primed.  All the rest of was just primed.   As of this morning I completed the one that was almost done, primed and finished the unprimed mounted unit and completed three other units.  The other unit that was already finished will be included with the other units of the same type. 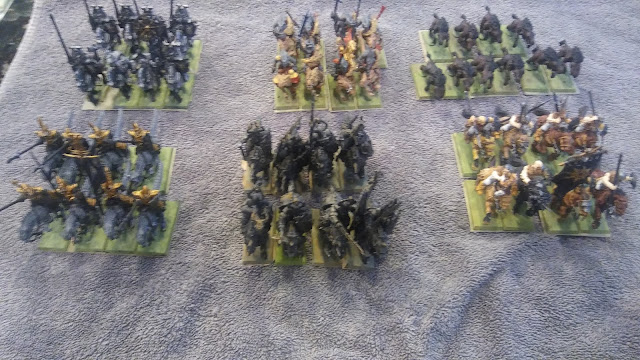 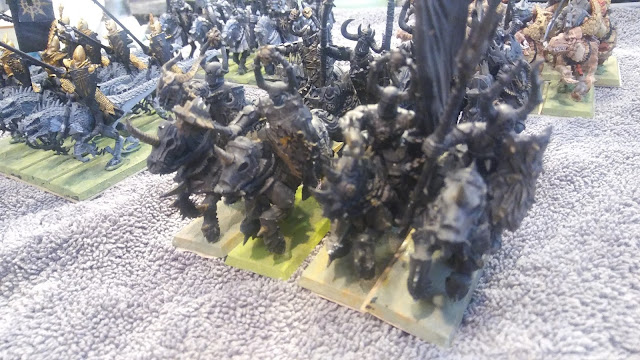 The Dark Lord's mounted guard.  This was one of the two finished units. 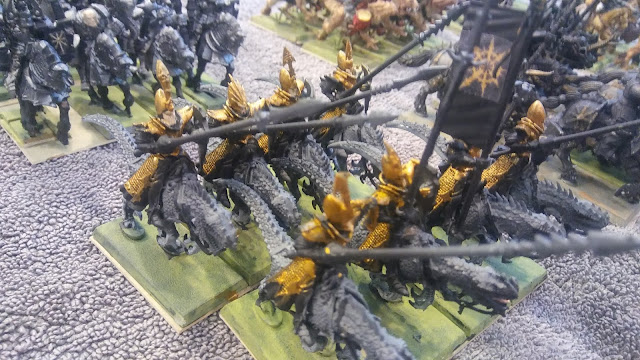 Elf knights on reptiles.  This was one of the unprimed units 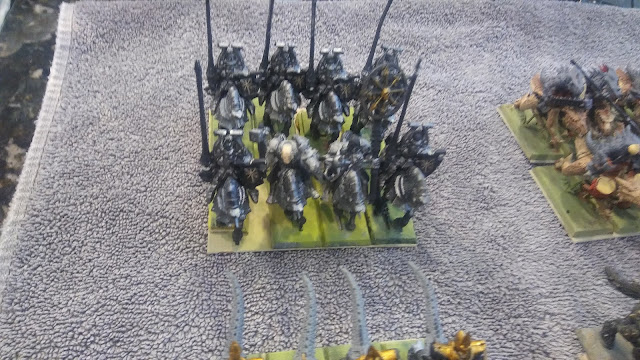 Another knight unit.  Most of these came from the Battle Master board game. 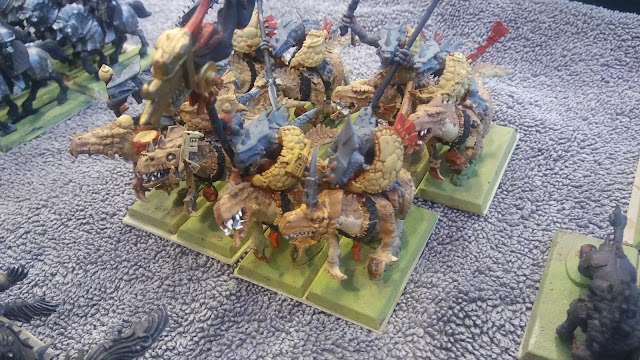 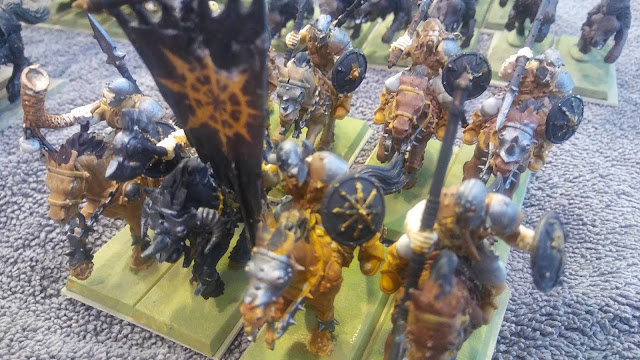 Light horse.  this was the unit that was almost finished. 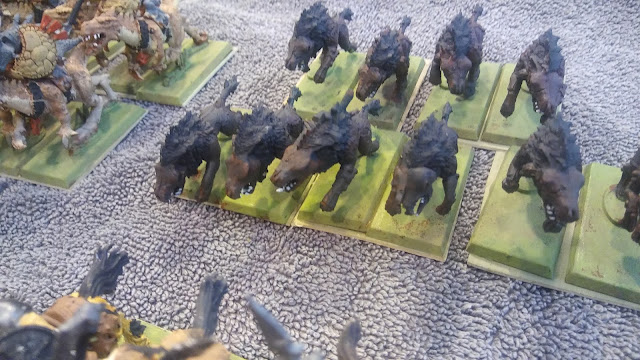 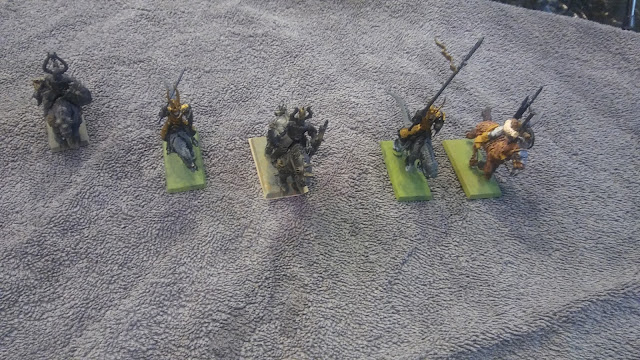 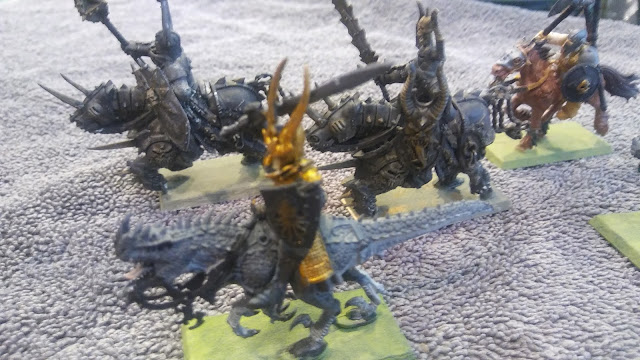 Two subordinate commanders to left and in front.  Army commander in center 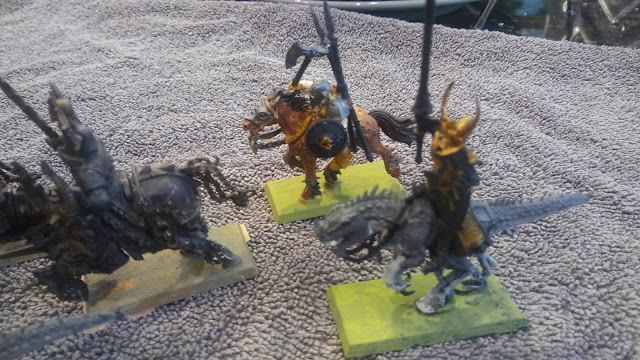