Last night I finished painting the elf cavalry and ten character figures.  The elf cavalry is organized as eight units of eight figures each. While most of the horses were almost finished the riders needed to have their armor repainted to match the heavy infantry.  Six of the units are on partly armored horses and two are on unarmored horses. The army's units equipment and organization is based on the Maurikian Byzantine reforms.  The cavalry has lances and bows.

The figures are all plastic and were purchased years ago at much less cost than the current offerings from Games Workshop.  While most of the figures I have were made or designed by GW there are several from other figure makers. This is the last of three posts.  Clicking on older post will go directly to the previous post.  The first post also has links in it to the dwarf army and human army units. 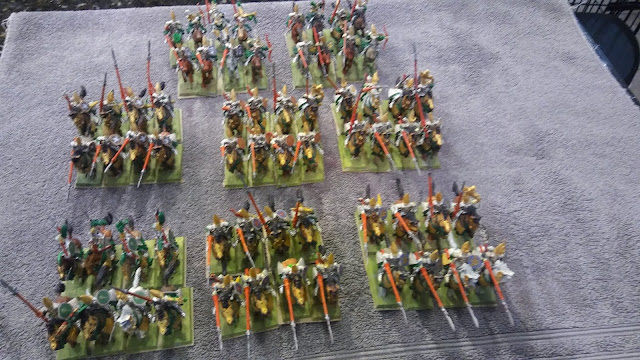 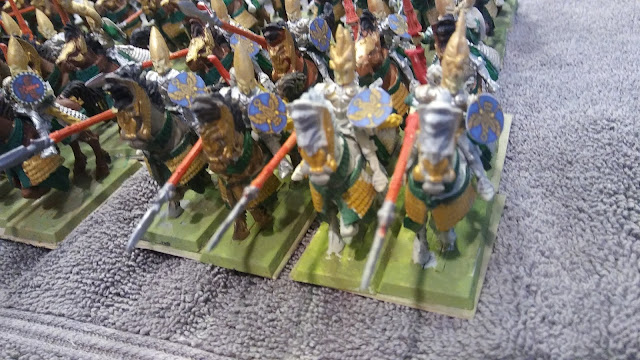 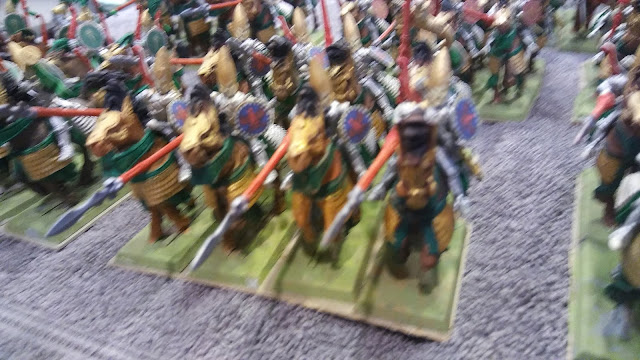 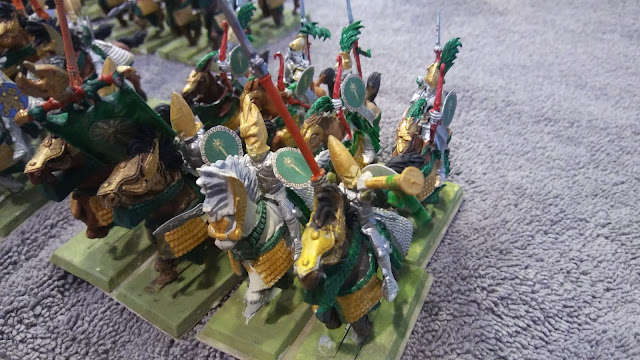 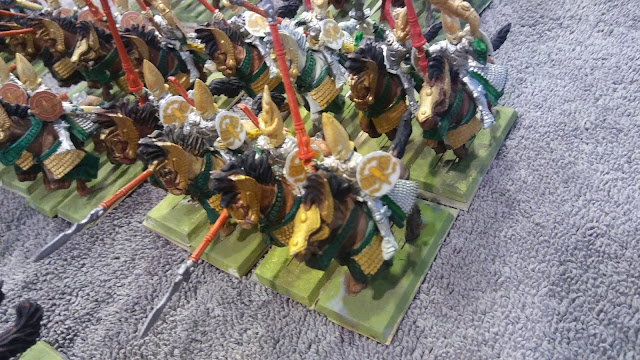 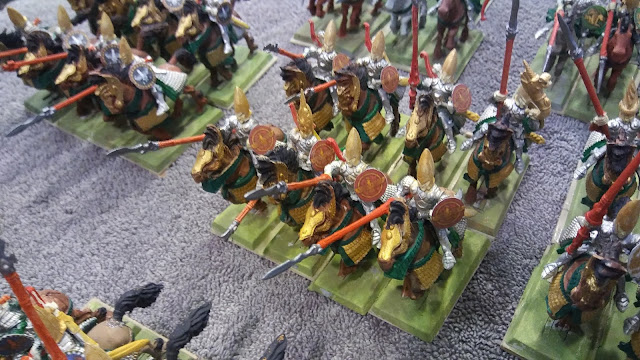 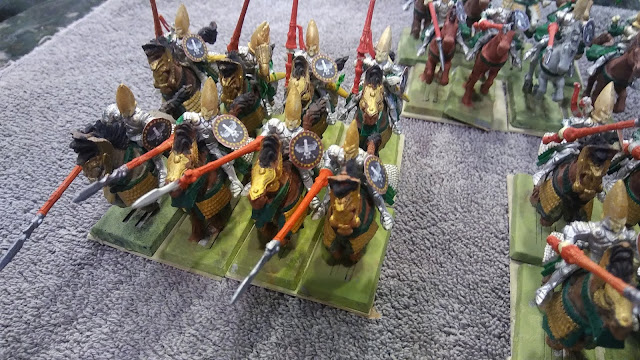 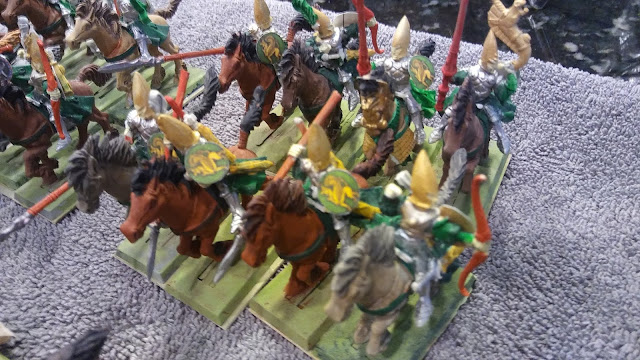 One of the two units on unarmored horses.  They carry a mix of equipment 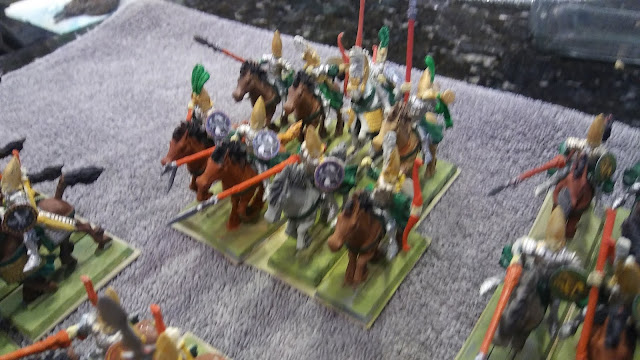 The other unit on unarmored horses 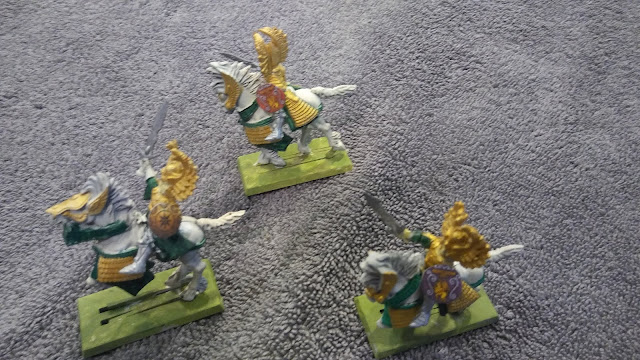 The army commander at the left and two subordinates. 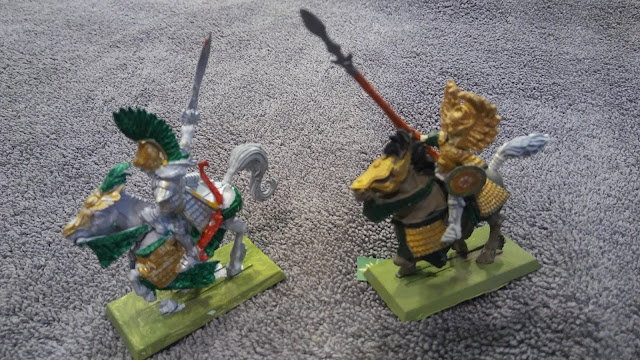 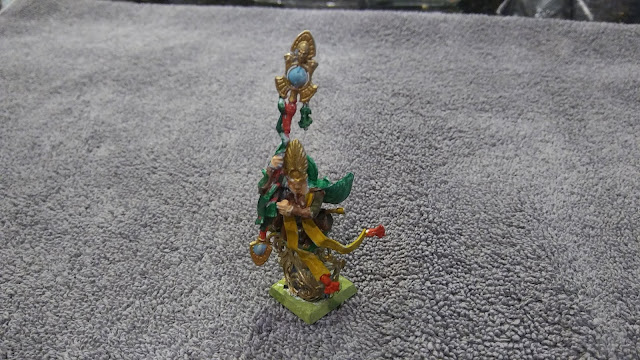 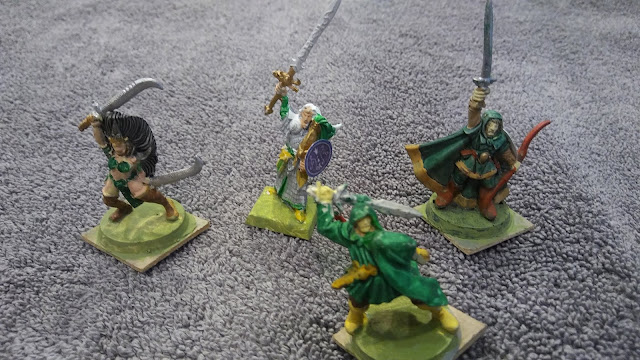 I also found a couple of figures that I could use to finish the sixth unit of light infantry.
Posted by William Butler at 8:30 AM