Time for a brief break from the past and a look into the future.

A while back I posted a design for an improved missile cruiser for the Federation CG300  It took me a while to find an appropriate model for the design though.   I had looked at various hobby and craft sites, but all the had were wooden barrels or oil drums.   Finally, I was able to find a barrel shape that was very similar to the shape and dimensions of the CG300.  There were actually several different vendors on Shapeways.  The design was for the daego millennium falcon model.  deago barrels 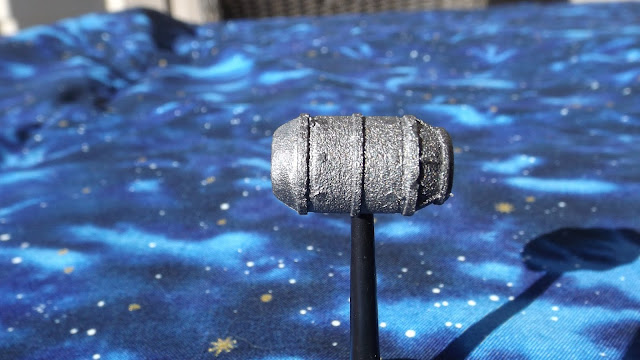 While they were the right shape and number they are about 1/2000 scale compared to the 1/1000 scale of the domain starships.  The picture below is a comparison of the CG300 and domain ships at actual sizes 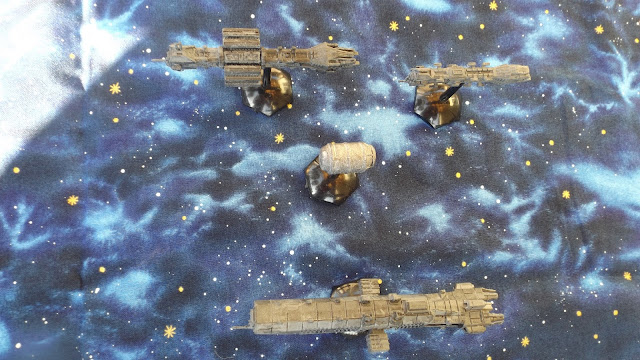 The next picture shows the CG300 at the same scale as the Domain ships.   I used Paint Shop Pro 3028 to resize the ship 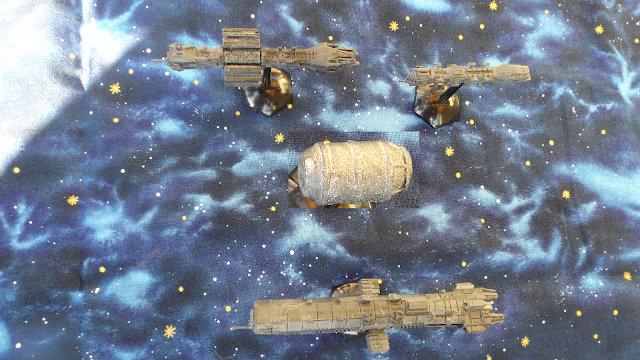 As can be seen the ship is wider and shorter than the others.  The Domain ships are probably longer than they actually should be, but that is the way they are made and they ae the style that I want for the Domain.   The CG300 was designed this way to reduce its reflected image and its target size aspect.   The overall diameter is the minimum needed for the spin habitats needed for crew comfort and is maintained along the length of the ship except for the ends to allow fields of fire for the laser turrets.   The overall length is also the minimum needed to enclose the volume of all the ship components.