I participated in a WW2 game at the July SGBC meeting.   It was set in 1940 with a recon company from Rommel's Panzer division running into some opposition from Belgian troops.   The German objective was to capture the town on the other side of a stream.   Intervening terrain was very dense  with hills, woods, a stream, and a couple of buildings.

The Belgians blocked the road with some anti-tank obstacles and I had to dismount the motorcyclists and advance on foot.   I had four infantry platoons and an LMG team.   Rules were Fireball Forward.

While I managed to make good progress during the early part of the game, I made a couple of mistakes as I got too involved in the fighting on the right flank.   I should have set the LMF up on the hill in the middle of the table so I could fire on the town and kept two of my four infantry platoons on the left half of the table instead of concentrating three of them on the right.

I managed to clear all the opposition on the right, but ran out of turns before I could assault the town.   The Belgians had two infantry platoons, two MG teams, and two mortar teams.  By the end of the game they only had one infantry platoon left and the two MG;s   I had lost a couple of infantry squads out of the twelve I started with.  The result was a marginal victory for the Belgians. 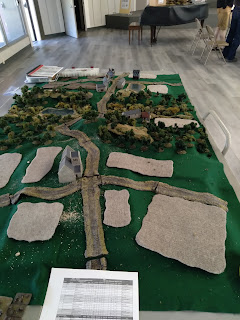 The view from my end of the table

There were several other games that day.  Pictures of them are below 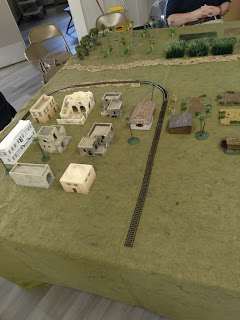 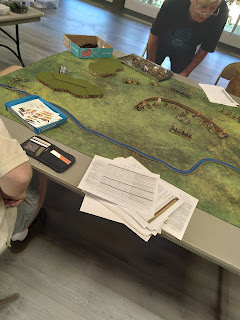 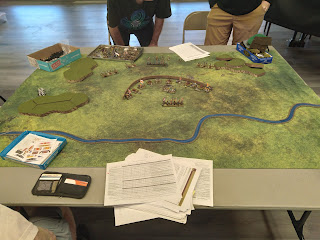 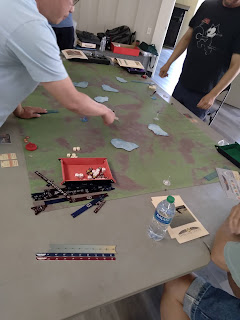 Posted by William Butler at 4:29 PM