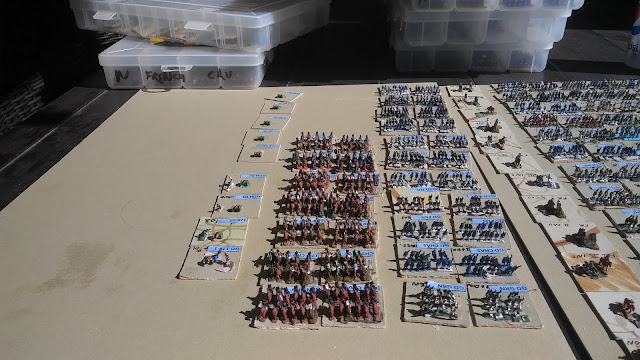 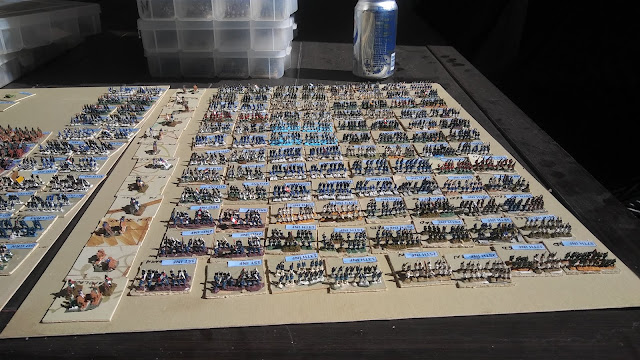 French Generals to left, infantry to right.   I need to paint some additional generals 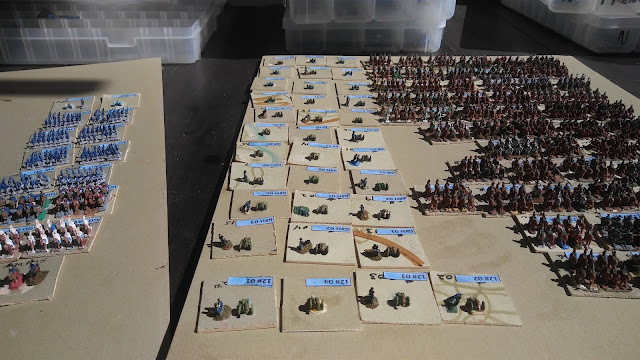 French artillery.  I found enough painted guns in the spares to make all units.  Next will be painting the gunners for them 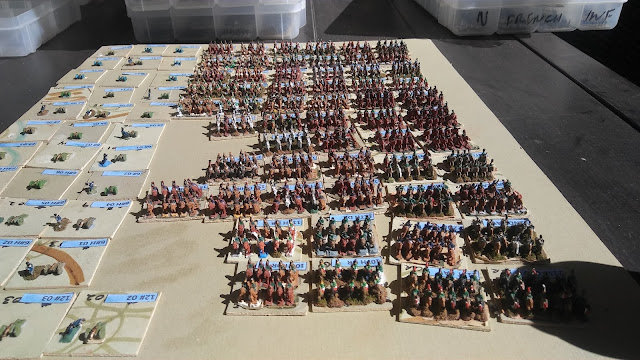 French line cavalry   Gap in the left center is for missing units. 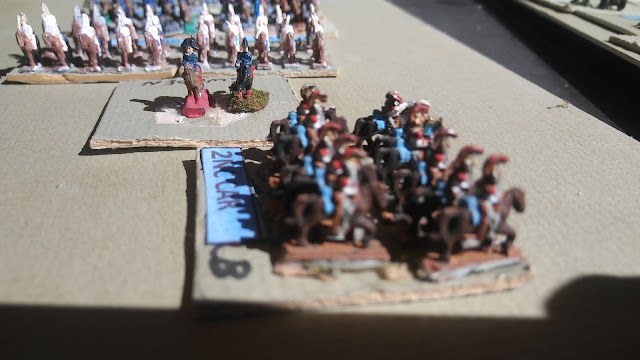 Close up of the Carabiniers.   There were two regiments, but only about 500 total between the two at Waterloo and Leipzig.  I may paint some more to make a full unit of them. 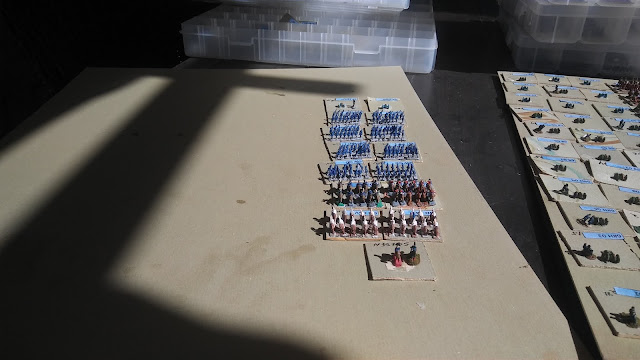 The Russian army has been organized into twelve commands.   At this point most Russian infantry divisions were very understrength.   Often two infantry corps were combined under a Wing Commander. The Tsar was present at Leipzig and is represented at the front left,  Russian army commander to his right,  other generals behind them, and artillery to the rear. 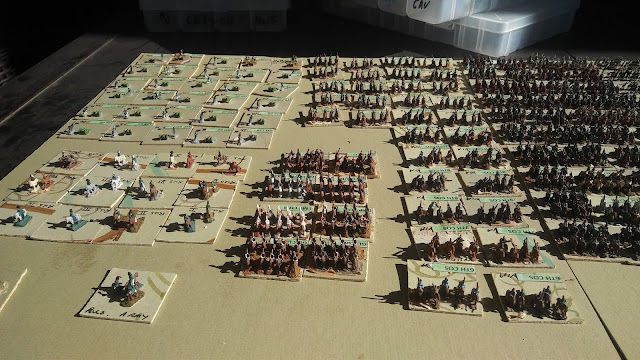 Russian Guard cavalry in center, Cossacks to right and rear. 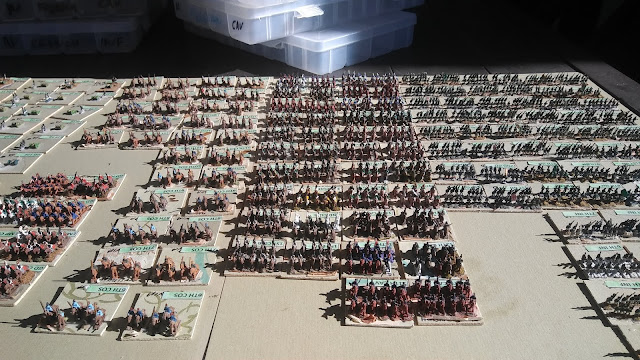 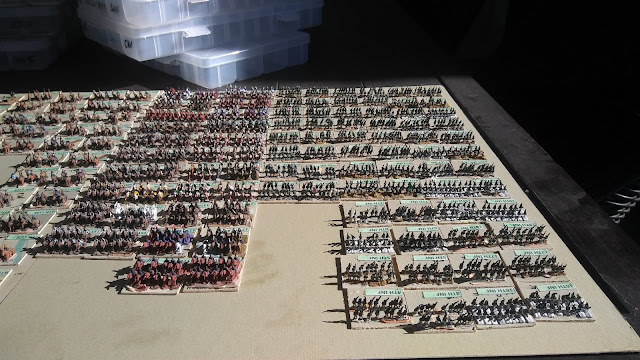 The next step is to finish  one army at a time, by painting the figure bases to match the mat board, then painting and adding any additional figures, followed by flocking the bases.