Except for the Generals, the Prussian army has been completed.    This included replacing missing figures, new labels, touching up paint where needed, and adding ground foam to the bases.  This was done over several days and took between eight to twelve hours including the time to make the labels.
There are actually more infantry and guns than were at Leipzig, but the right amount for three of the four corps that were at Waterloo. 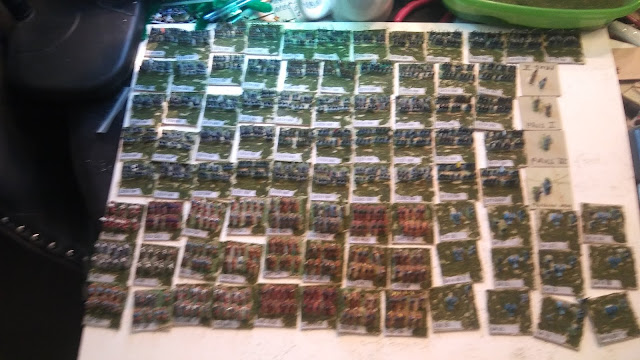