Ran the battle of Breitenfeld for the game club in Fresno at the local Hobbytown on Barstow Ave.  this past weekend.   Rules used were Repent or Die from Hoplite Research with some minor modifications to weapons ranges.  There were five commands on the Imperial side, two infantry and three cavalry.   The Swedes and Saxons were structured so there were three double commands.  Each double command had one Swedish and one Saxon force.   Left and right wing cavalry commands and infantry centers.

The battlefield was fairly open with low hills on the eastern ends of both sides, woods in the center of the imperial side and woods at the east end of the Saxon side.   There was marshy ground and a lake off table on the Swedish right.  The order of battle can be seen at order of battle  with one modification.   The Saxon infantry units were combined into five 24 strong infantry blocks.

The battle lasted six turns with the fortunes of war swaying both ways.   There was a lot of action all across the table with some surprises.   All pictures were taken from the Swedish side of the table as there were only two players on that side at the start of the game and additional tables on both sides of the ones we were using. 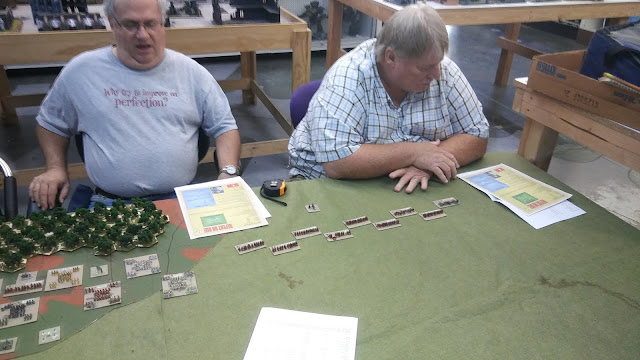 Imperial commanders, Jeff on left, Brian on right.  Jeff commanded the left half of the infantry and Brian commanded Pappenheim\s cavalry. 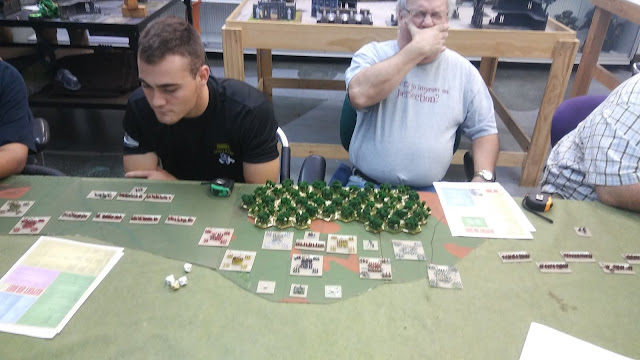 As the last to arrive Austin was placed in overall command of the army as Tilly and had Collorado\s cavalry reserve. 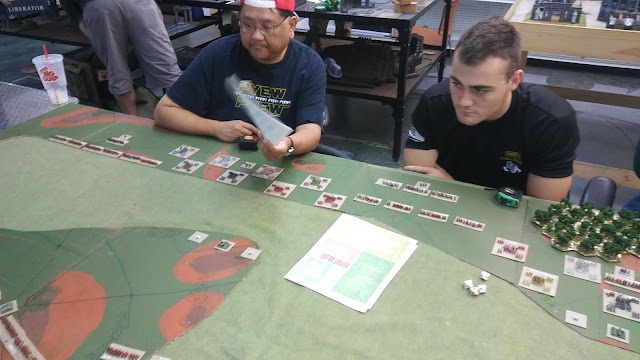 Neil commanded the right half of the army.  The Imperials were allowed to adjust their deployment and Neil decided to shift his Tercios to the right.   Imperial guns deployed forward on the opposing hill. 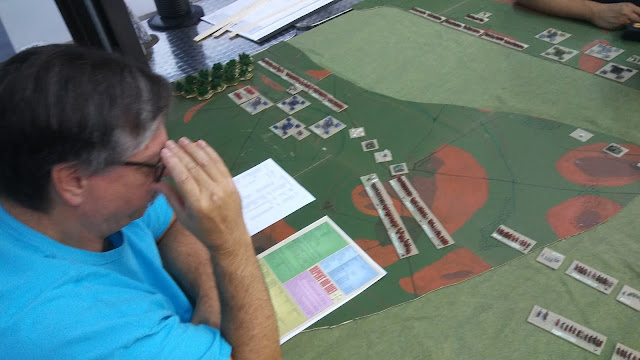 Mark commanded the Saxons and the left wing  Swedish cavalry. 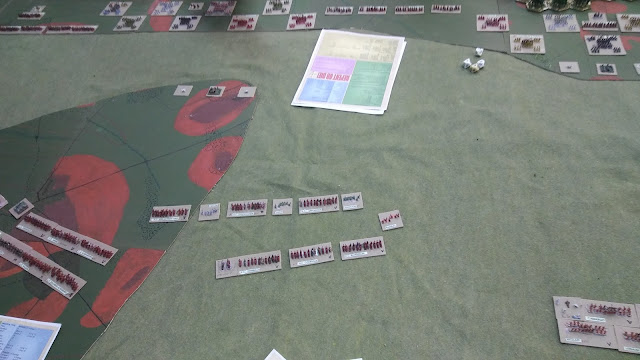 The battle begins with Mark advancing the Saxons and Swedes. 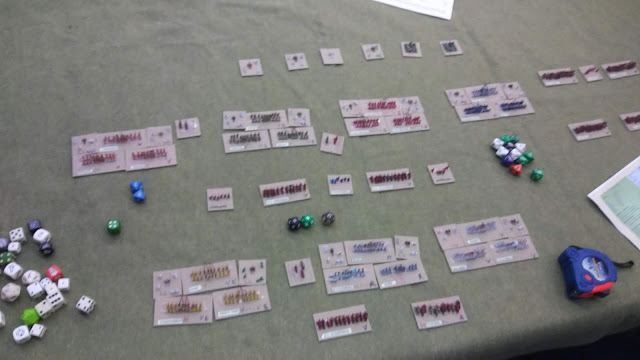 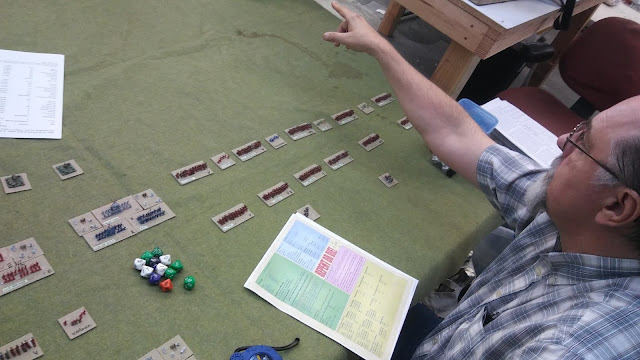 Dave was Gustaf, commanding the infantry and the right wing cavalry which also held its ground. 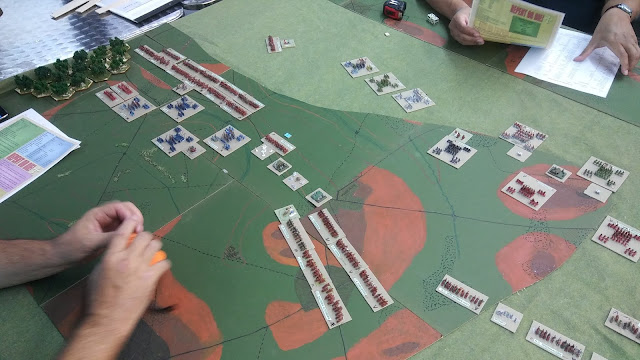 Neil\s cavalry charges into the Saxons while his Tercios advance on the hill.   The combat resulted in most of the Imperial cavalry being thrown back and one Saxon cavalry unit bein routed.   This would cause some chain reaction routs of other Saxon units, but surprisingly most of the Saxons did not run! 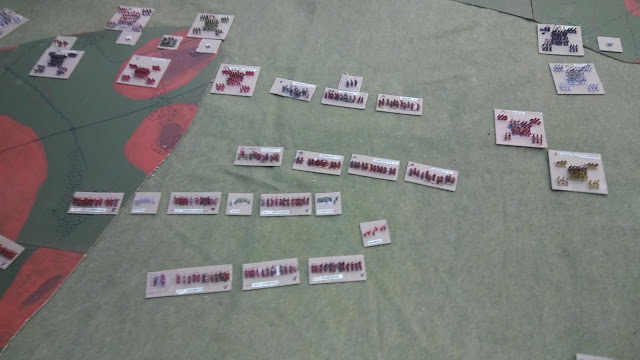 The Imperial cavalry reserve advances on the Swedish horse.   The Swedes are supported by small groups of commanded shot. 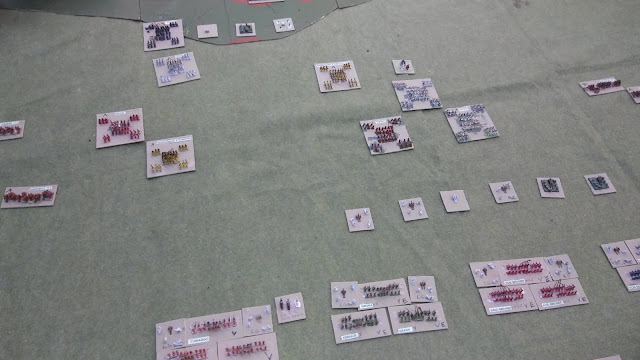 Jeff's Tercios advance on the Swedes.  Artillery fire was not very effective during the battle.   The usual result was no effect. 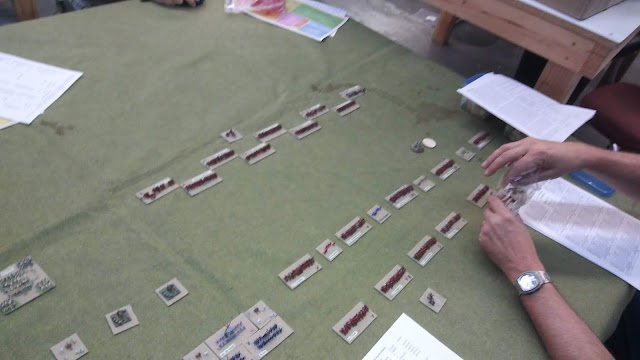 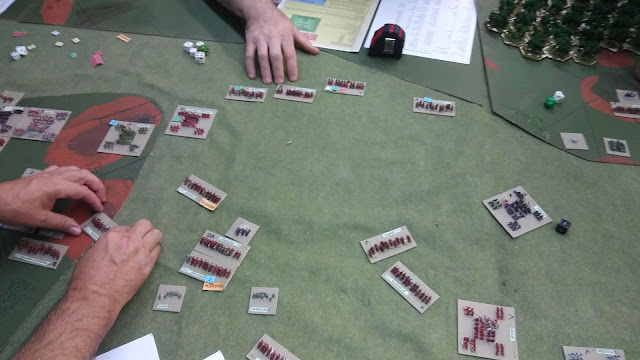 The Imperial cavalry reserve is thrown back. 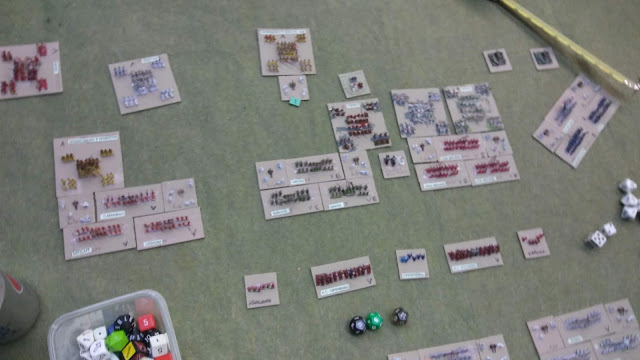 The tercios overrun the Swedish guns and make contact with the infantry brigades. 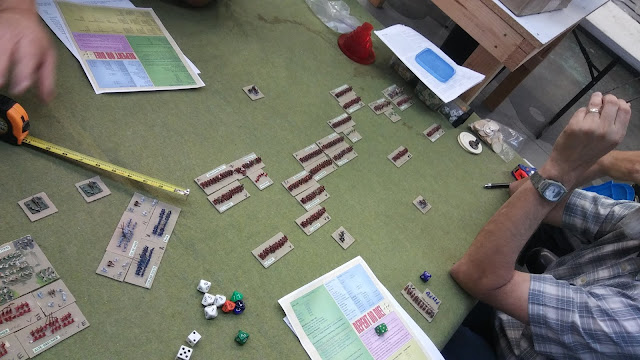 Pappenheim and Gustaf engage in combat.   Combat on this wing would go back and forth for several turns until by turn six the Imperials were broken. 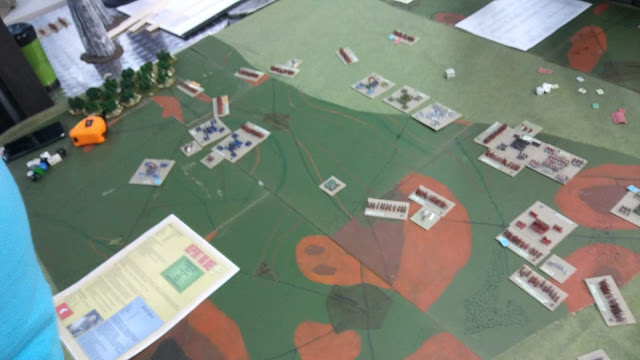 The Saxons continue to hold. 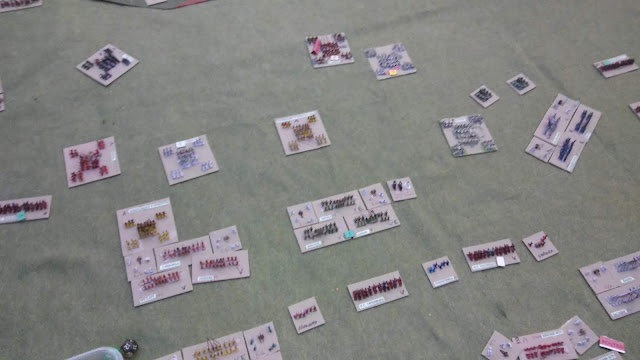 The Swedish infantry repulses the Tercios, but one Swedish brigade is routed taken another with it from the second line. 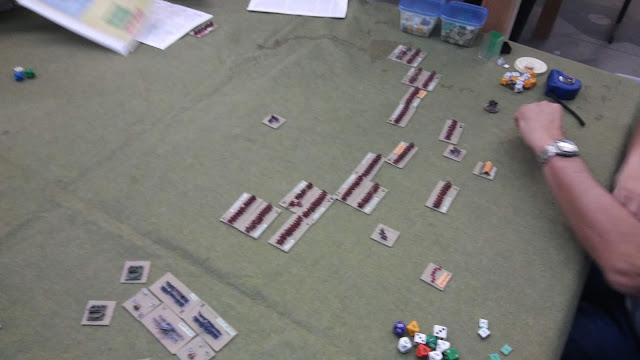 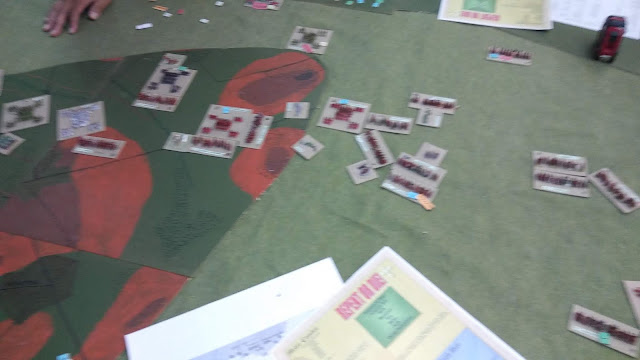 The imperial reserve cavalry comes back for more. 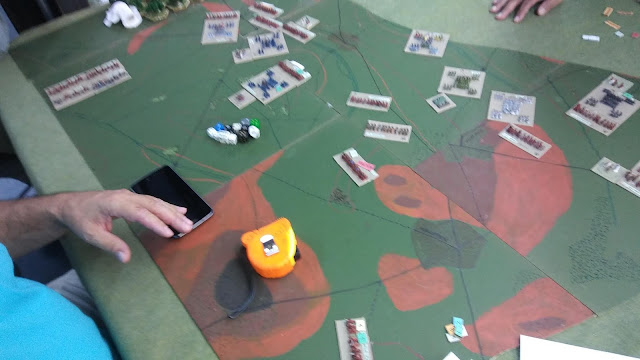 Turn five and Isolano's Croats arrive on the rear of the Saxon flank.   Seeing the Saxon camp (cell phone) the make a dash for it to capture any loot they can.  On turn six they made it to the camp causing the Saxons to check their army morale, fail the test, and finally withdraw from the field. 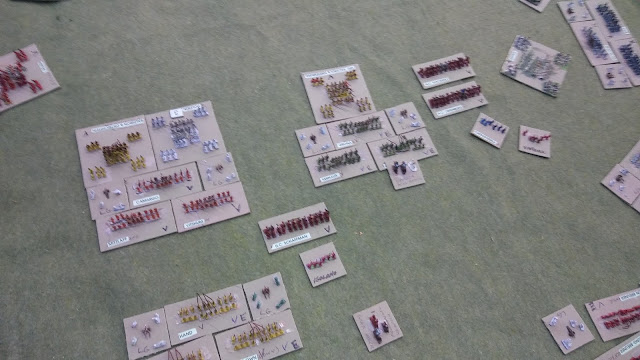 Once again the Tercios charge the Swedish infantry. 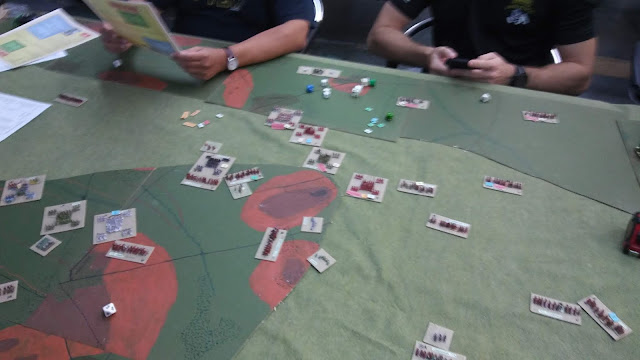 Disaster on the Imperial right as most of the Tercios are broken.  Three of them are still in good order on the hill. 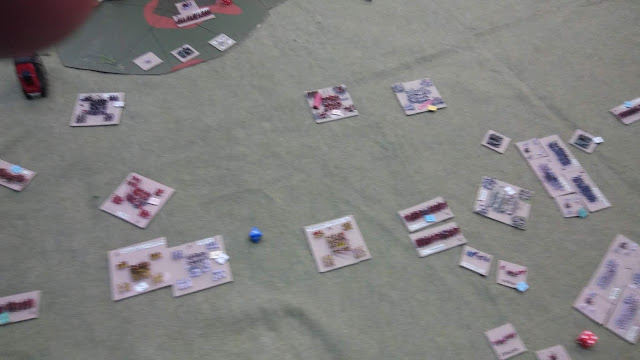 The Swedish center collapses as the Tercios break the brigades.   At this point the game was called as a losing draw.  Both sides were close to their breaking point.   We started after 11 and ended before 4.    With the Saxons withdrawing the left wing Swedish cavalry would have been busy pursuing the routing Imperials on that flank..   The right wing Swedish cavalry was chasing off Pappenheim's cavalry   The Saxons performed amazingly well.   In the previous two games they had broken and fled from the field immediately.

Posted by William Butler at 6:47 AM