We built this city

Over the past couple of months I have been assembling several sets of the micro scale Paperterrain buildings.The first picture is the Mediterranean village set with the Monastery set in the background.  The second one has parts of the European Town and Village sets.  I still have quite a few European buildings to assemble.  The third one is the North Russian village set and the final one is the North African set.    These are on modular sections and can be re-arranged in several different ways or each section can be used on its own.  The buildings can also be removed to expose the ruined interior.

Each set takes several hours to cut and assemble.   After determining how I wanted the building arranged, I glued some paper roads in place on some artist matt board (a thick paper material than can be purchased in different colors for a few dollars) for the Mediterranean and European sets.  Next, I glued the ruins and walls in place, glued Woodland Scenics ground foam for the grass and poked holes for the trees.  A brown marker was used to make the roads for the Russian and North African villages.

Paperterrain make quite a few different sets in scales from 6mm to 28mm.   The website is http://www.paperterrain.com/

The trees are from Everest Models, a dealer on EBAY.  They are available in various sizes and can be purchased in small or large lots for an inexpensive amount.   I'll have some photos in the next post of them being used to create a forested area for a re-fight of the 30 Years Wars battle of Breitenfeld. 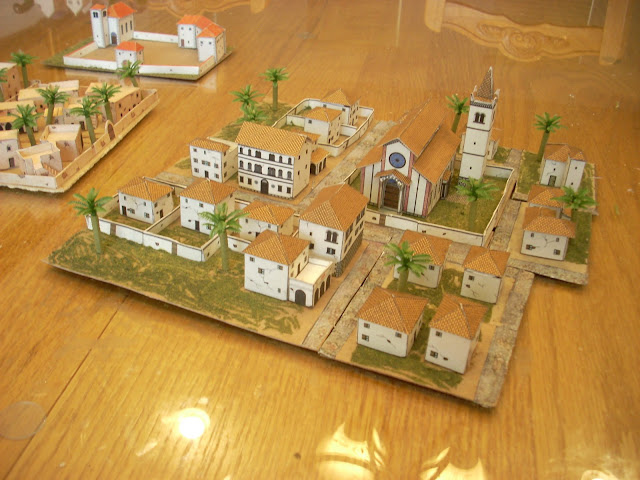 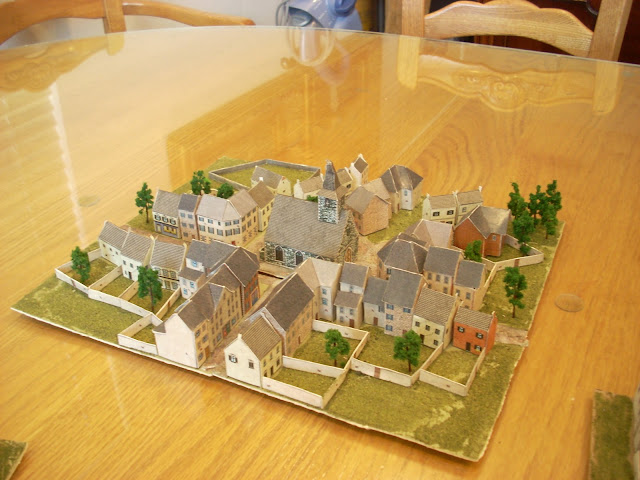 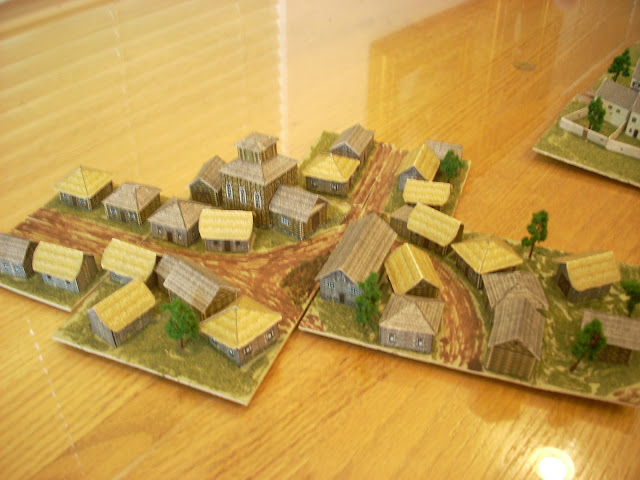 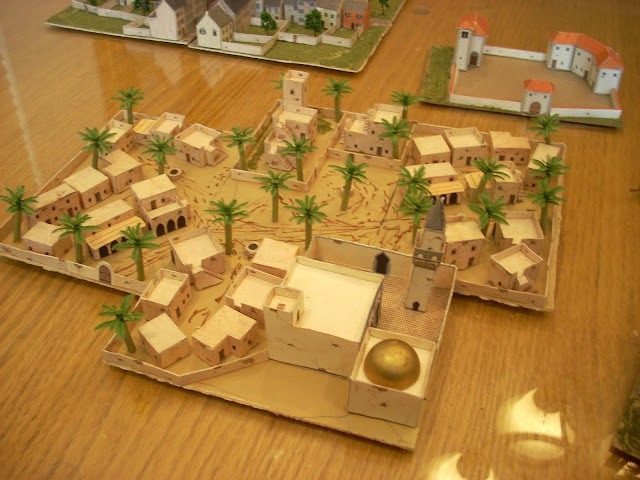 Posted by William Butler at 6:47 PM