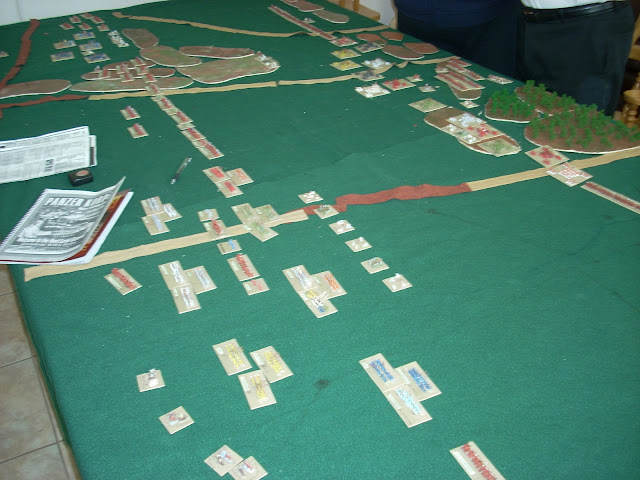 initial deployment. Swedes and Saxons on the left. Imperialists on the right 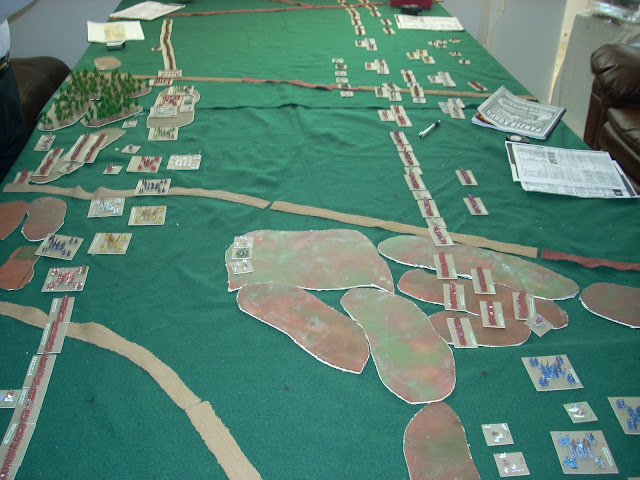 Initial deployment. Imperialists on left. Swedes and Saxons on right. 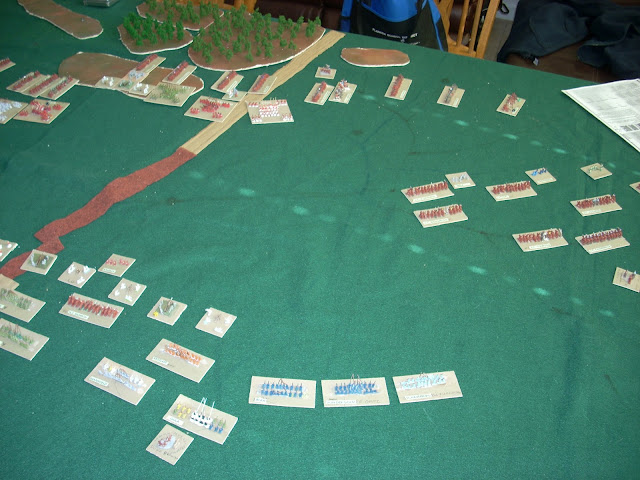 Swedish right wing cavalry and infantry advance on Imperialist left as the Imperialist cavalry fall back behind the Tercios. 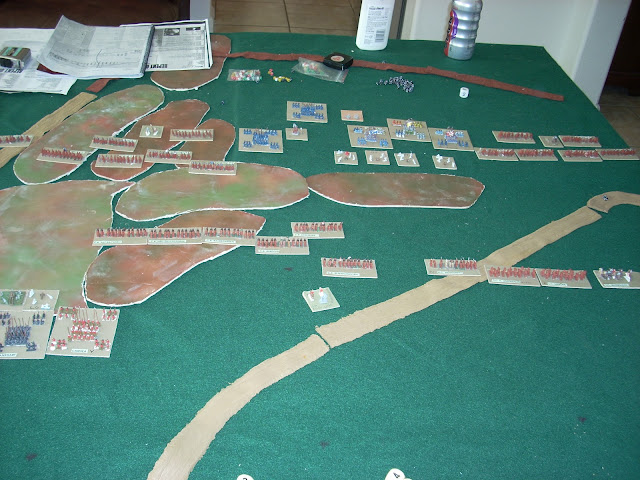 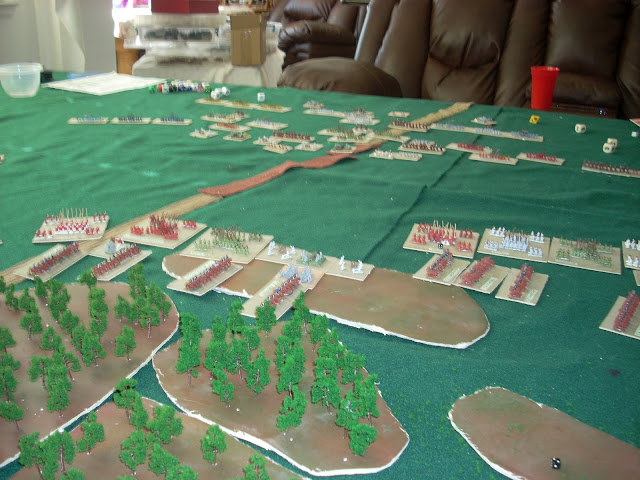 View from behind imperialist center.

The Imperialists were able to drive off the Saxons, but due to time and turn limits could not engage the Swedes. The game was declared an Imperialists tactical victory. Action in the center consisted mainly of artillery bombardment as the Tercios slowly advanced.

The game was fought on a five by twelve foot area and after reviewing the game, I realized that I should have started the armies closer together due to artillery ranges and movement rates. The game was umpired by Manny Granillo and used his "Repent or Die" rules. Although there is a scenario for Breitenfeld in the book I used the order of battle and ratings from GMT games "Lion of the North" Ken Mackie commanded the Imperialists and I commanded the Swedes and Saxons.

The forested hills near the Imperialist center used the trees from Everest Models. I bought packs of the 32mm and 38mm trees. I would recommend getting slightly taller trees though as several millimeters of height are lost when the trees are placed in the foam core.
Posted by William Butler at 9:20 AM