I am in the process of replacing my Sassanid Persian and Byzantine armies.   I did have armies composed of figures from Heroics and Ros, but sold them to another club member a while back.  I would have kept them, but the figures were based on outdated information.  Currently only Baccus makes updated figures for Sassanid Persians.   Unfortunately they do not make Early Byzantine or Maurikian Byzantine figures.   However, with a bit of painting and adding shields to the armored horse archers and the lancers on unarmored horses the figures will pass for Byzantines. 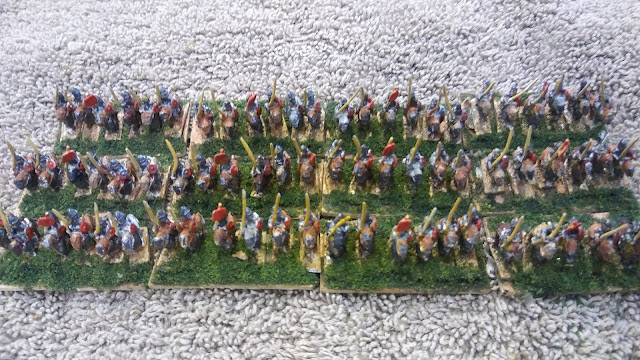 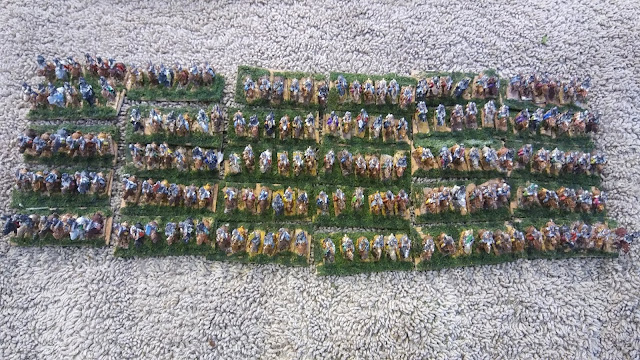 The Sassanid Persians
Posted by William Butler at 11:08 AM