The past couple of monts gaming with Fistful of Lead Galactic Heroes.

Its been a while since I posted.  I have been busy painting figures making buildings, and some gaming.   My original plans for projects for this year has changed.   I have developed an interest in a recently published rule set titled "Fistful of Lead:  Galactic Heroes"   from Wiley Games.  The original rule set was designed for the American West or the "Wild West" as it is sometimes referred to.  The rules were published last November and a couple of members of the Sacramento Club hosted some games.  Since then I have played in a hosted some games as noted in the previous three posts.  The next post after this one will cover the recent Conquest Sacramento convention held March 22-24.

After taking part in a game and having a lot of fun, I dusted off my old 25mm SciFi figures, printed out and assembled some cardstock buildings and started playing.  I still have some additional cardstock structures to print and assemble.

I purchased up some additional Grenadier Models Traveler Imperial Marines for $18.including shipping off of eBay to round out the troops I had.  The set had 10 of the 12 figures.   I saw a couple of listings for complete sets asking $130 and $165 plus shipping.  Way more than what I originally paid for the two plus sets that I bought back in the 1980's.

I also replaced some figures that I purchased back then with figures from another company.  I ran a game of Galactic Heroes at the San Jose club's March meeting and one of the players needed some figures. The new guys are the Martian Orbital Fusiliers from Anvil Industry.  They are multi-part figures.  The offer a 10 figure pre-packaged set and I added some additional heavy weapons and a few extra figures to three of the sets to get an extra discount and free shipping. this gave me a 41 figure platoon of three squads.  I painted them in a faded blue color to match the camouflage scheme on some cardstock scifi tanks I printed. 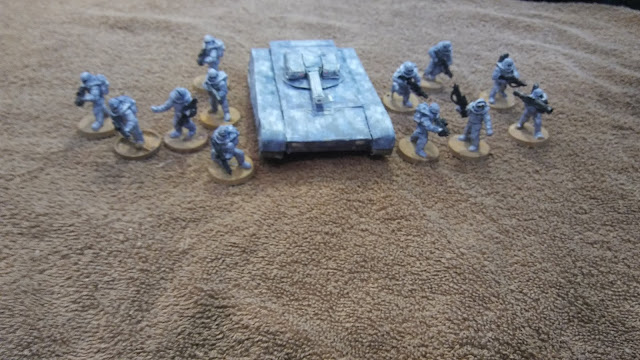 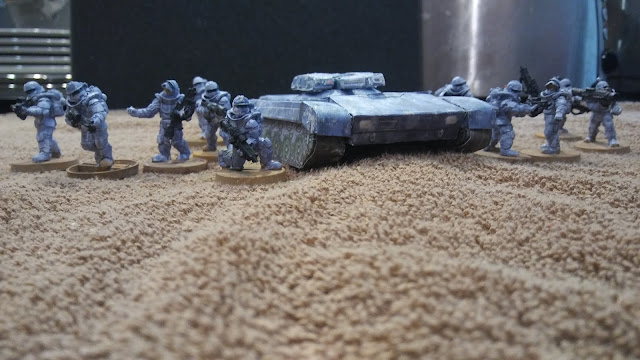 The San Jose Club was also having an estate sale for a member who had recently passed away at the meeting.  His estate had thousands of figures in multiple scales and multiple periods along with buildings, scenery, planes, and ships.


Several of the Sacramento Club members and I are planning on adapting Galactic Heroes to Sword and Sorcery.   I recently got a pdf copy of "Thud and Blunder"  a brand new set of Fantasy skirmish rules that had received very good reviews.   They include a number of pre-designed warbands that have traits/characteristics from a list in the rule book.   Many of those traits are directly translatable to Galactic Heroes trait, some were combinations of GH traits, while a few required some thought as to the appropriate conversion.  This has led me to purchasing some additional fantasy hero figures to go along with the 28mm figures I already have.   This has also inspired me to decide to finish painting the 28mm fantasy figures that I already have. 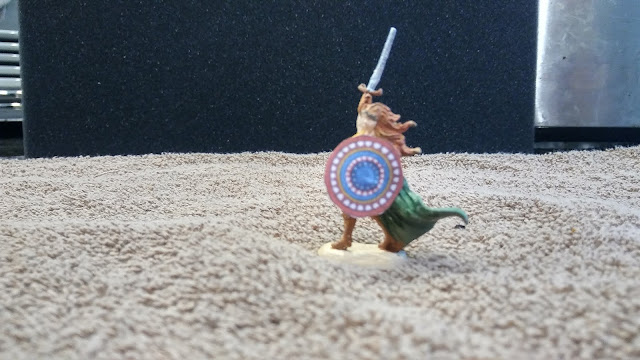 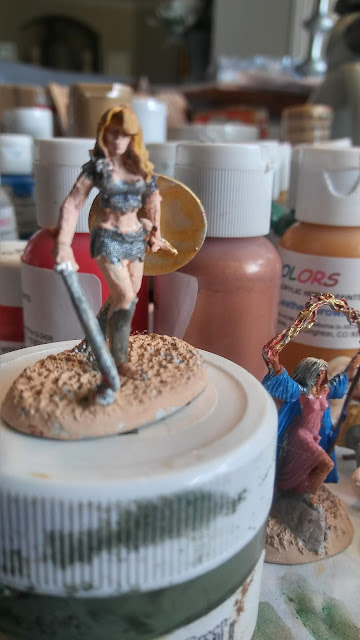 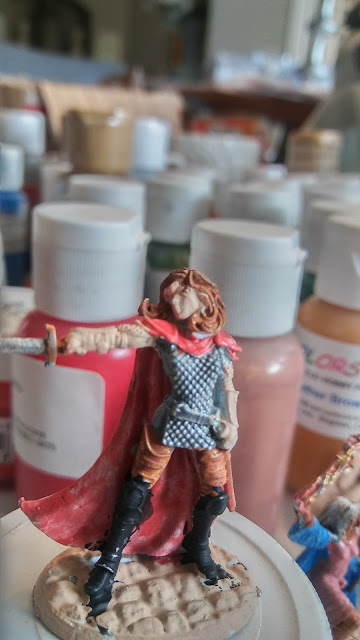 An unnamed Dark Sword miniature that is similar in appearance to the Valeria figure in the add-ons to the Conan board game. 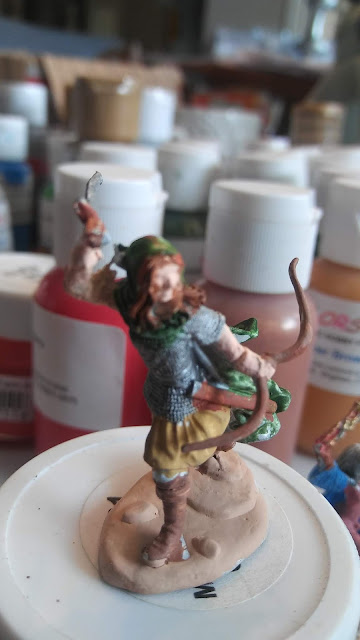 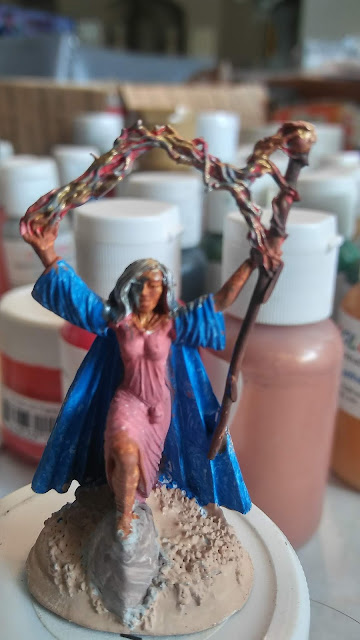 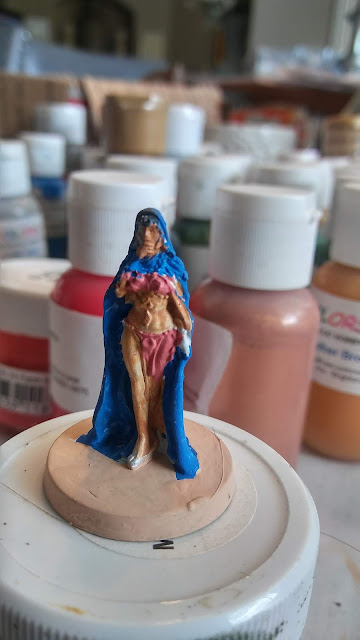 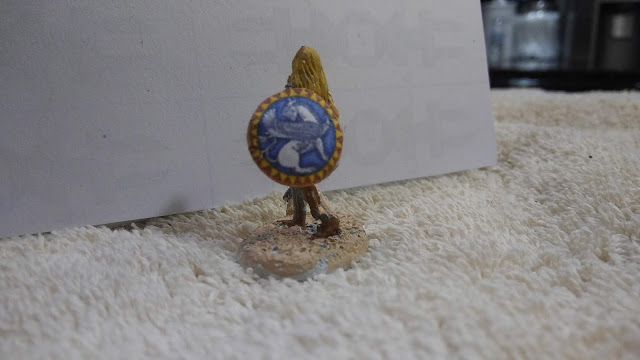 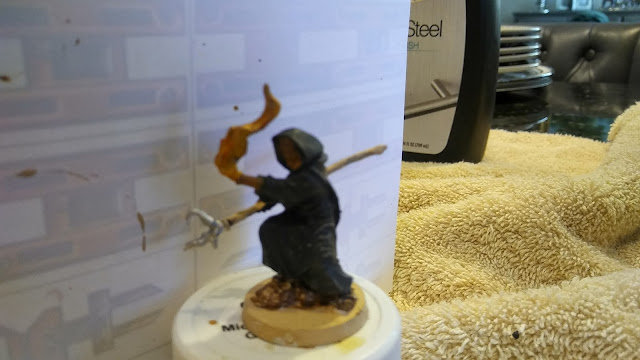 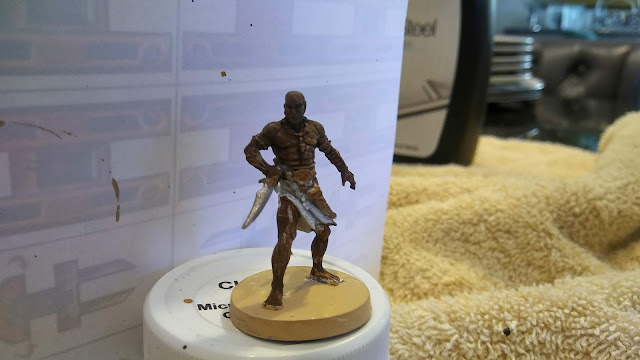 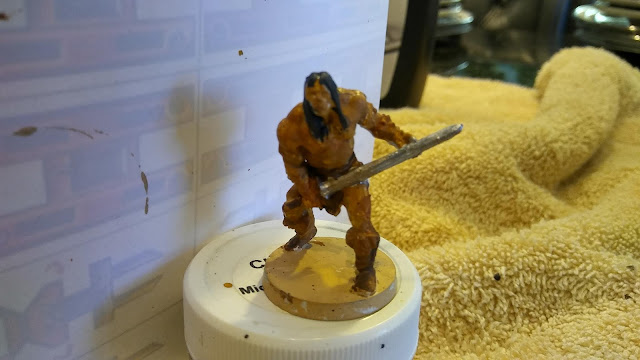 one version of Conan 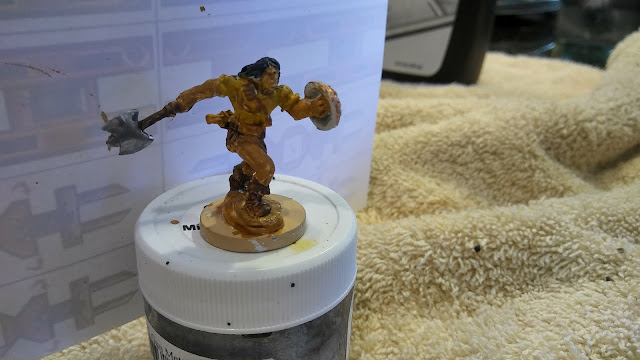 Another version of Conan  Also have a couple of other versions of Conan covering his later life as a mercenary and king. 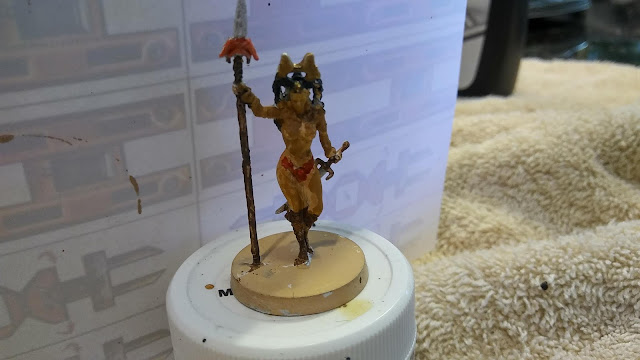