The battle of marconi

The war between La Union Federal de Buena Vista and La Republica Democratica de los Pueblos de La Cucaracha continues.   A recent engagement occurred at the border town of Carmichael between two brigades of UFBV and two brigades of RDPLC.  Reports from the battlefield are contradictory with both sides claiming victory.

Forces involved were the 2nd and 9th brigades of the UFBV and the 6th, 9th, and 10th brigades of the RDPLC.  UFBV uses German equipment while RDPLC uses Russian.  The UFBV brigades had only one company each from the engineer and recon regiments.   For organization information and links to both sides forces see  Buena Vista army

This was a meeting engagement between the two modern imaginations and came to a halt when two participants had to leave about four in the afternoon.  It looked like the UFBV was gaining the upper hand, but the RDPLC still controlled more of the towns when we halted.

This was a learning game for us.  We had decided to try Fist Full of Tows 3 to see how it compared to other rule sets we have tried.   The rule book is rather large and somewhat expensive, but it covers everything from post WWI to almost the present day.   With a discount coupon from LULU it costs the same as purchasing both Blitzkrieg Commander and Cold War Commander and a lot less than flames of war..  Much of the book is devoted to equipment data, instructions for how to determine statistics and point values and some organization examples along with ratings for World War II nations and most of the modern day nations.  The rules are well laid out with a basic outline of each rule at the beginning of a section and a more detailed explanation with examples following.   The mechanics of the rules are easily understood and after a turn or two do not require checking the rule book for clarification.   We did not include aircraft for the first game and will be adding additional items as we play further games. 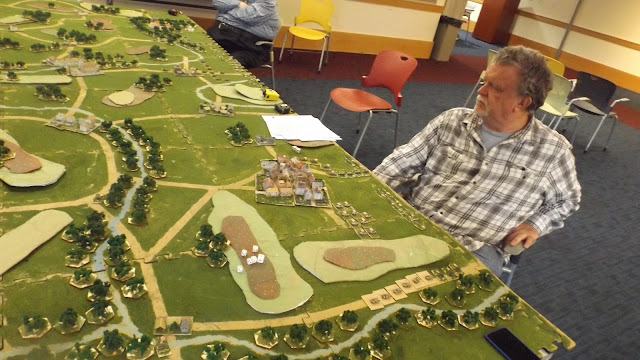 Start of game. Brian moves his brigade onto the table 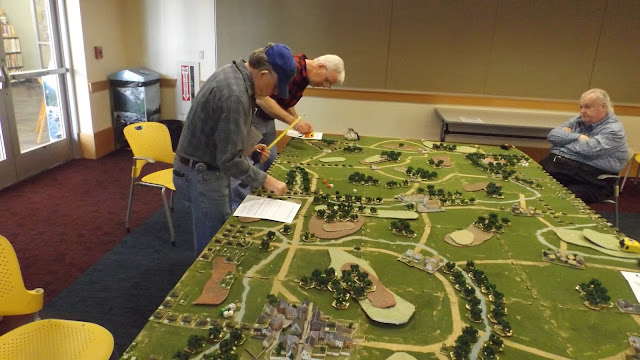 UFBV commanders Hal and Mike move  their brigade on while Chris watches. 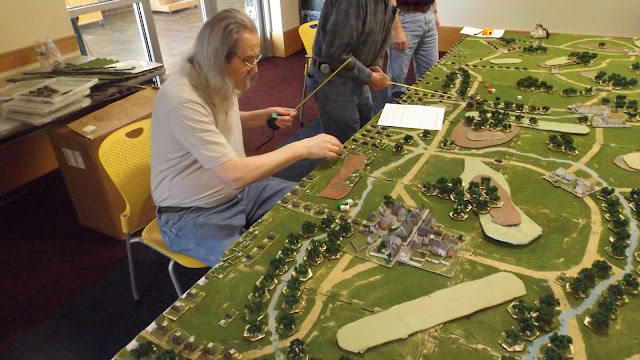 Gary moving his brigade onto the table 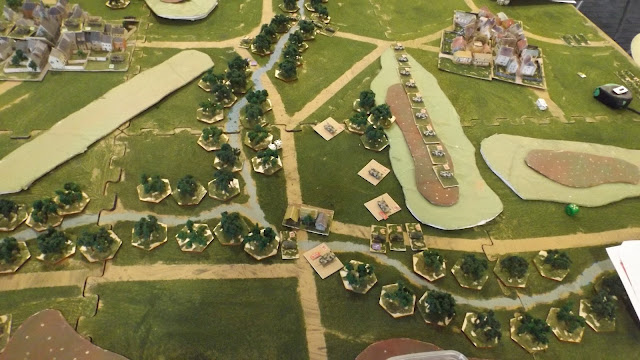 Brian's mechanized battalion takes up a position on the ridge after his advance is halted by UFBV forces. 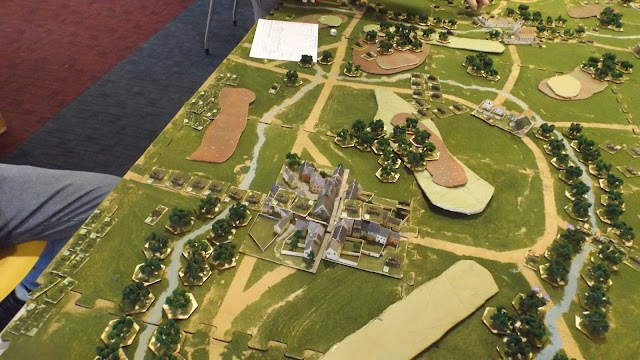 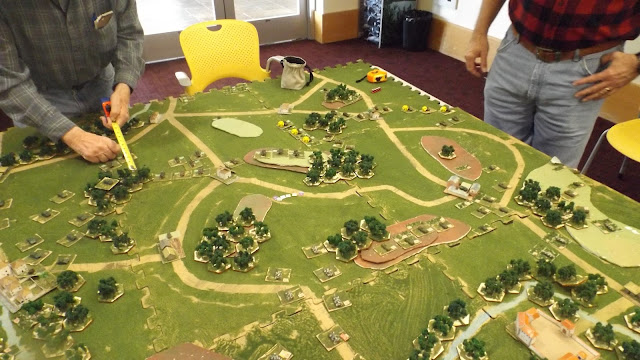 DRPLC forces defend positions as UFBV advances.  Chris was able to cause more losses than he received. 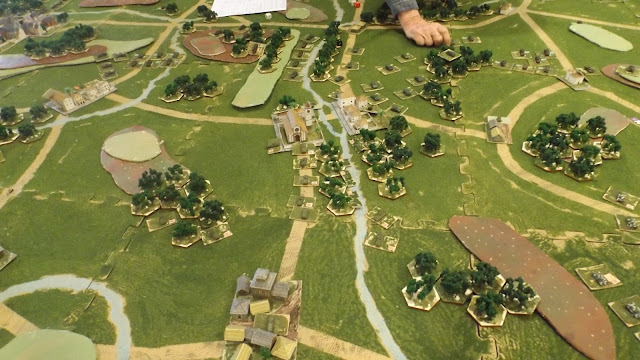 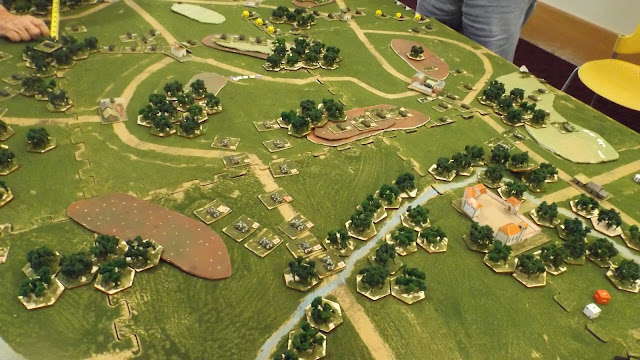 DRPLC tank battalion in center of picture is destroyed by UFBV tanks on hill in the background.
Posted by William Butler at 7:17 PM