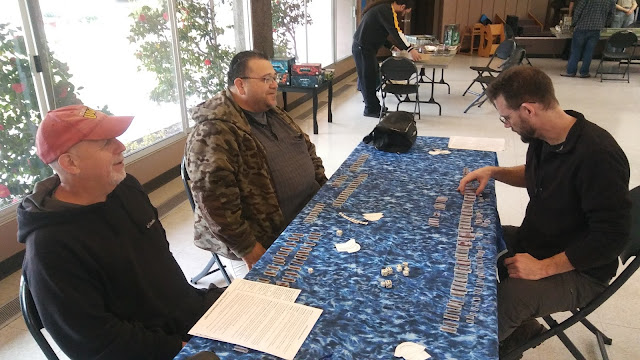 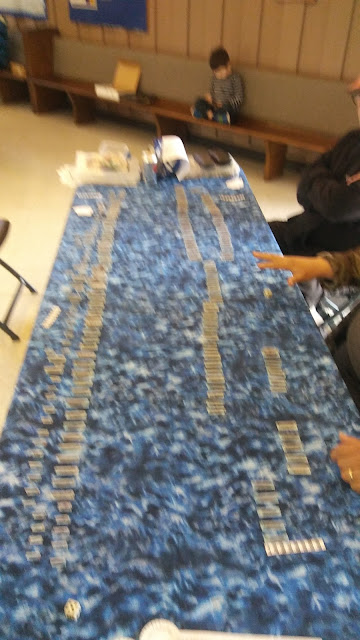 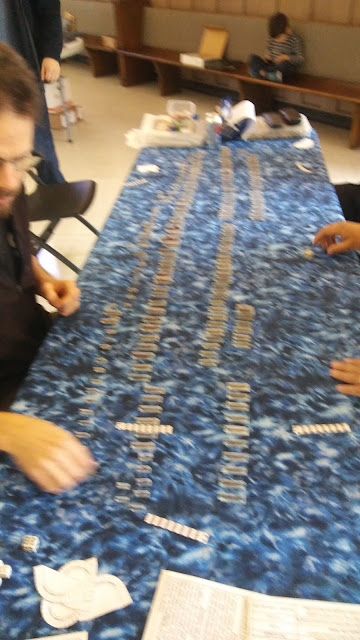 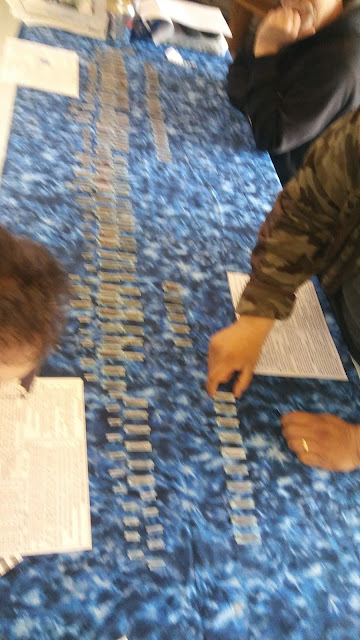 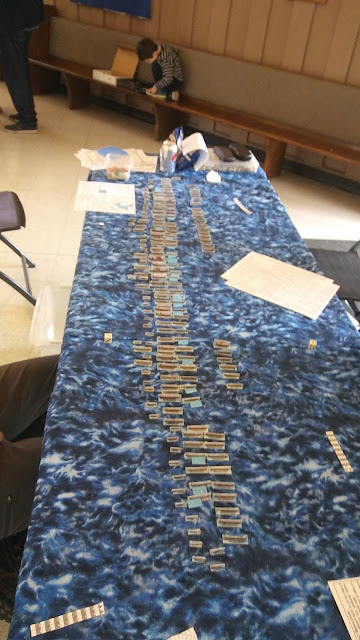 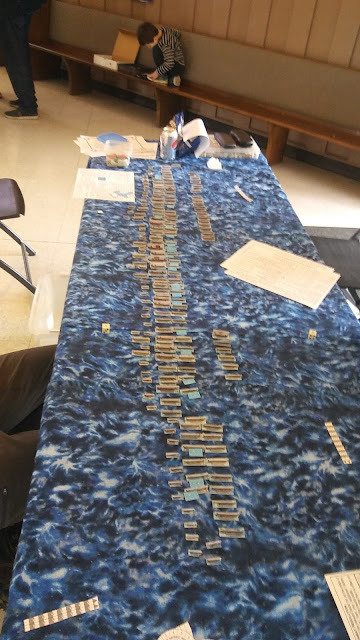 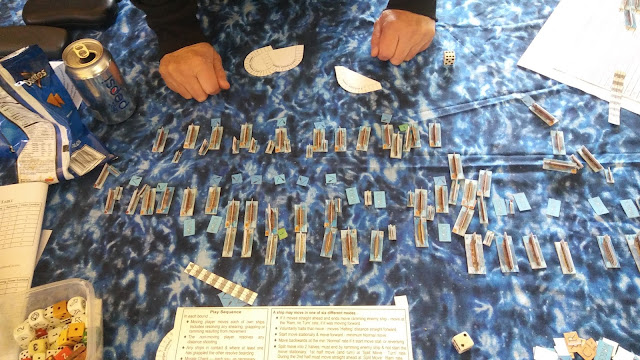 turn five.  My lembis have passed through attempting oar shears on the first line during turn four.   On turn five we moved first and the lembis attempted oar shears on the Rhodian second line, often having two of them ganging up on one Rhodian ship. Ships with a square blue marker behind them have been crippled. Those with the larger rectangular markers are wrecks.  The ships have been removed.  I did capture one ship with a boarding action.
Posted by William Butler at 6:12 AM

Those models look really effective, Bill. I completely forgot they were 2d! Well done with those and on an interesting battle.