While browsing through shapeways looking for some space ships that would be useable for the marauding aliens in the Human Space Universe (use the label to see earlier posts and background)  I typed in 2300AD and Kaefer and found three  ships at
https://www.shapeways.com/shops/magnificent-obsession
These were the Kaefer Alpha battleship and Beta battle cruiser and the French Suffren.    The French chip was very close to the images from the game and 2300AD books, while the Kaefers had some differences.  I decided to purchase several of the Alphas and Betas.   Price will vary depending on the type of material chosen.  The two are shown below 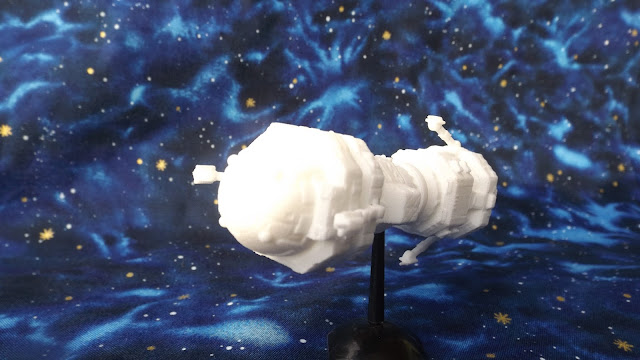 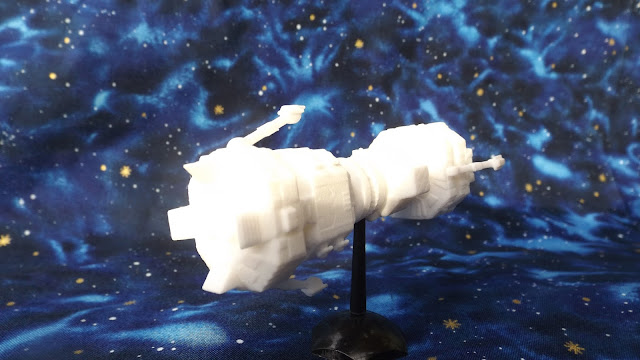 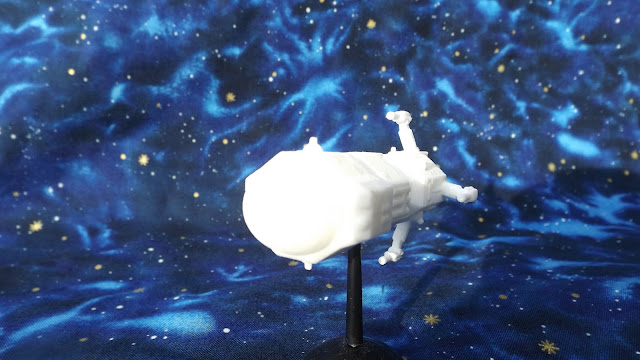 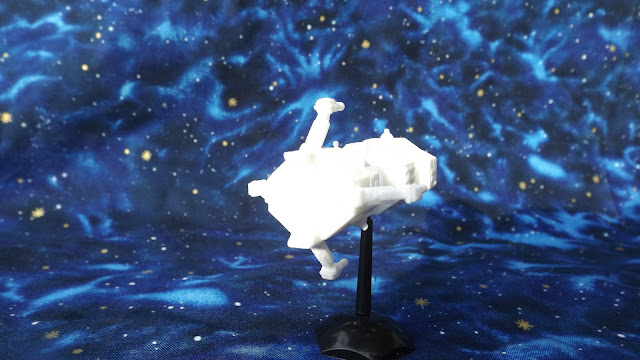 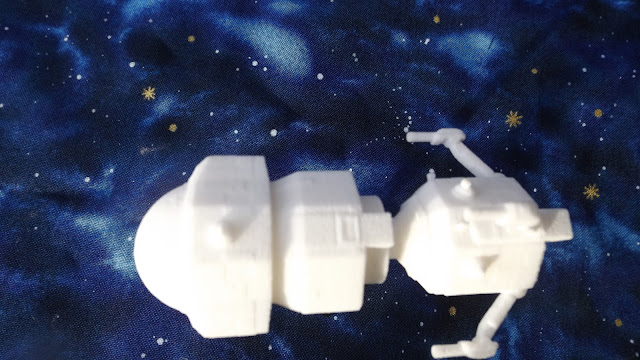 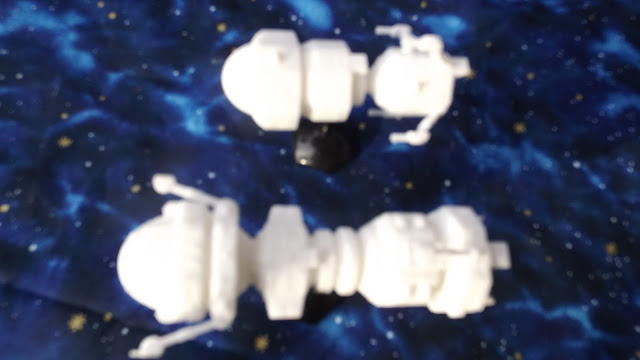 The pictures were taken outdoors in the sunlight and some of the detail on the left side of the p0hotos of the models is lost in the glare.  The ships do not come with a mounting hole which I added with a 1/16 inch drill bit (about 1.5mm) after finding the balance point.   The beta has a slightly flattened oval front while the alpha is round.   Both are nicely done and scale well with the ships I am using for The Domain and The Federation

Posted by William Butler at 7:53 AM