Received this in the mail on Monday.  Clicking on a phot will enlarge it. 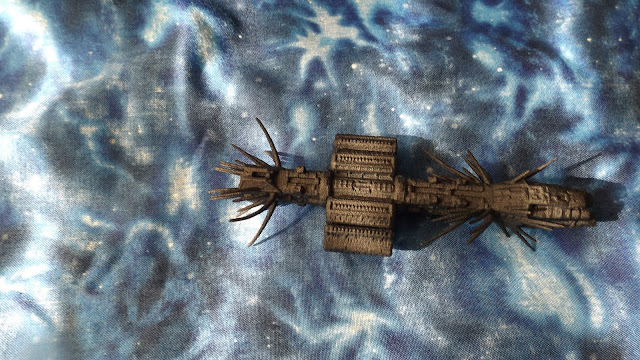 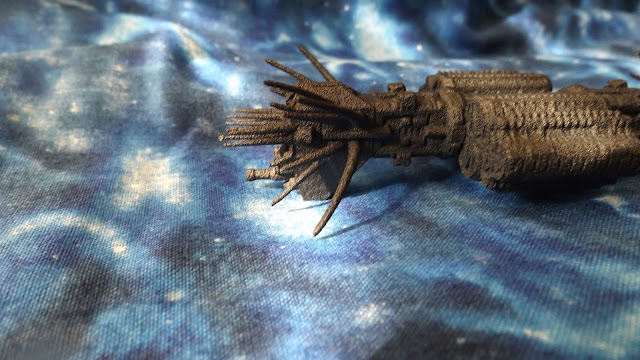 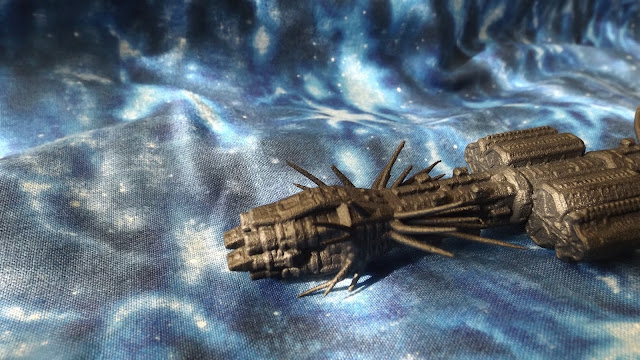 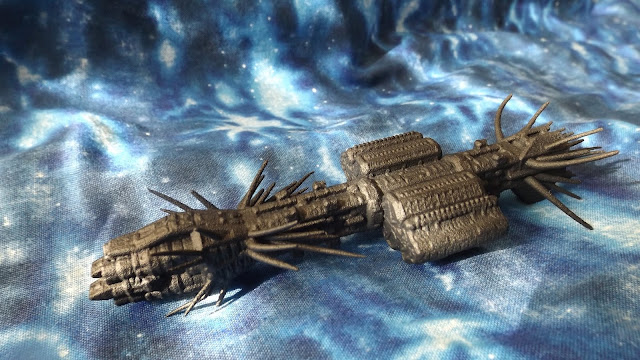 The model is from Pulsefired on Shapeways.  It is 134mm (5 inches) long.  This is to big to fit in with the other ships.  Hopefully he will be able to produce a smaller version that is to scale with the other Domain ships that I have.  The ship is from the old TV series Babylon 5 and appeared during the fourth season.  While it is often referred to as the Shadow Omega, due to combining Shadow Technology with the Earth Alliance Omega it was known as the advanced Omega.  The spines sticking out  from it are found on the Shadow ships which look sort of like a flattened spider with the legs (spines) all sticking out.  I haven't counted how many spines it has.  It is also a very good model of the ship.

The balance point is just in front of the rear ring of the central rotating section.
Posted by William Butler at 12:46 PM