Finished the first major project for 2017.  Expansion of the Republican Romans.  After painting about another thousand the army now totals 300+ velites, 640 Hastati, 640 Principes, 280 Triarii, and 106 cavalry with a few spares.   This was done to provide the full Roman army for Asculum without having to provide substitute figures as I have done in the past.   The photos show them arrayed as a single legion of 4200 infantry and 300 cavalry.  The figure to man ratio is about 1:2.5.  All figures are from Rapier Miniatures.  The entire force will fit in two of the plastic parts boxes that I use for storage and transport.  Click on photos to enlarge them. 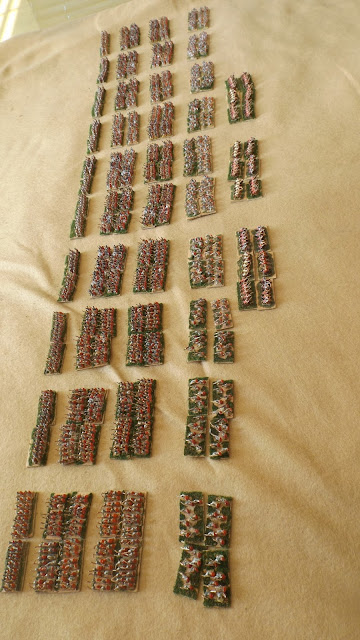 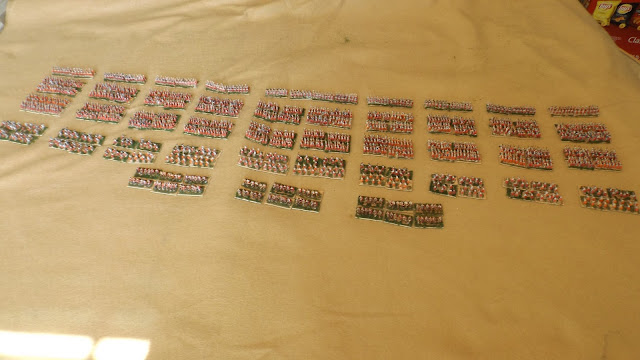 Now it is on to the next project.﻿
Posted by William Butler at 12:14 PM

Quite an army! Most impressive.

Thank you Simon. Not as impressive as all those beautiful 28mm figures I see on your blog.

Very nice, Bill! Can we expect to see a battle soon? Cheers, Aaron

I am thinking of doing Cannae. Just need to see if there are any additional troops needed for Hannibal's army.

Excellent. Will look forward to it!