Participated in a Napoleonic naval game at the South Bay Game Club yesterday.   In addition to the naval game there were several others.   The French and Spanish ships were trying to leave a port and join the rest of the fleet at sea.   The British squadrons were attempting to prevent this.   Bob Bergman ran the game and went with a humorous them.  I was Admiral Rowan Atkinson commanding HMS Black Adder with HMS Baldric and HMS Bean in my squadron.  Unfortunately I do not recall the names of the other three British ships in Chip's squadron or those of the French and Spanish.   The French ships were named for New Orleans Mardi Gras and the Spanish translated to cowboy names.   The game lasted about four hours and finally ended when one of my ships fired its initial port broadside into the Spanish admiral's ship.   I scored four hits on six dice and a critical.   Thomas Foss, who commanded the Spanish squadron then rolled a 12 on the critical hit table  followed by another 12, on a 12 sided die, resulting in his flagship exploding. We dud award Thomas 1 point for his admiral being able to leave the table %D.   Greg commanded the French squadron.

In addition to the games there were quite a few books, buildings and miniatures that were being given away or sold. 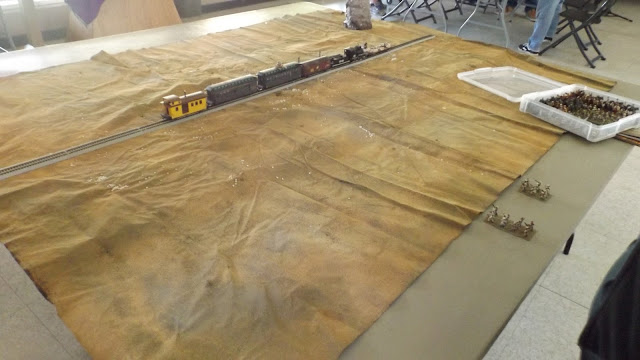 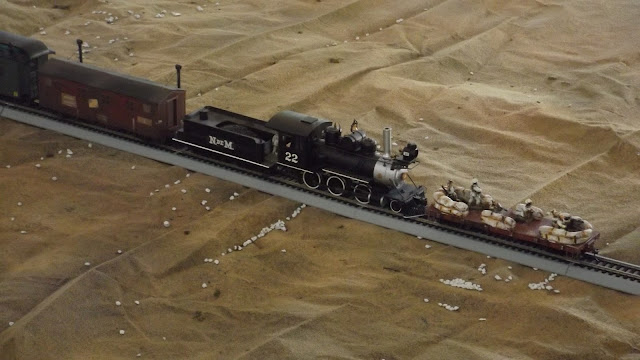 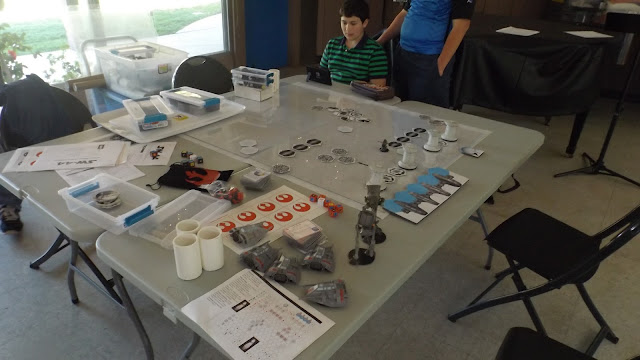 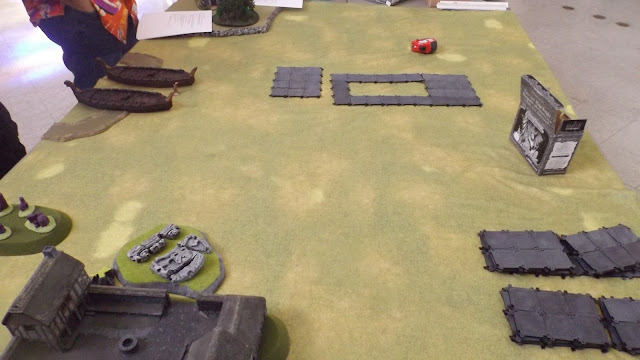 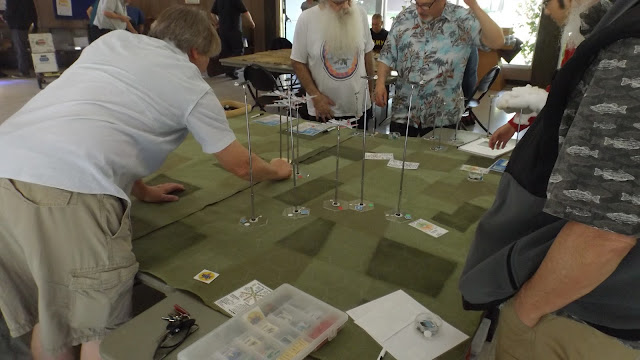 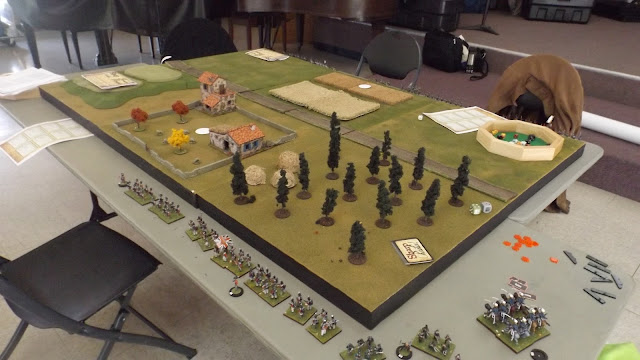 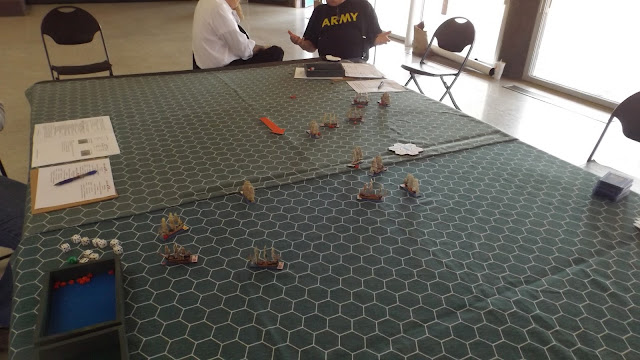 The naval game just prior to the wind shifting.   Two ships from Chip's squadron are engaging the French towards the back.  Two of my ships are on the left engaging two of the Spanish ships.  The group of four ships in the center right are as follows: Spanish flagship at front with other Spanish ship to the rear.   Chip's third ship on right and mine in the middle.  The wind shifted counter-clockwise putting my two ships in irons, but fortunately a tacking card came up shortly after allowing me to move before the Spanish could.   The red markers indicate that a broadside had been fired.  When a broadside was fired a ship was given two of them for that side and required two cards being drawn that allowed reloading to take place.
Posted by William Butler at 10:22 AM