Manny Granillo hosted Waterloo at his new home on July 19th.  Scott was Napoleon, Kurt was Wellington, and I was Blucher.  There were 14 participants for the battle using Corps Command.   Napoleon was victorious this time.  The allies advanced their forward units off the hills and while they were able to slow the French advance, the casualties they suffered led to the allied army's defeat.  The first elements of the Prussian army arrived in time to see the Dutch Belgian cavalry flee from the field.   Photos were taken with my phone. 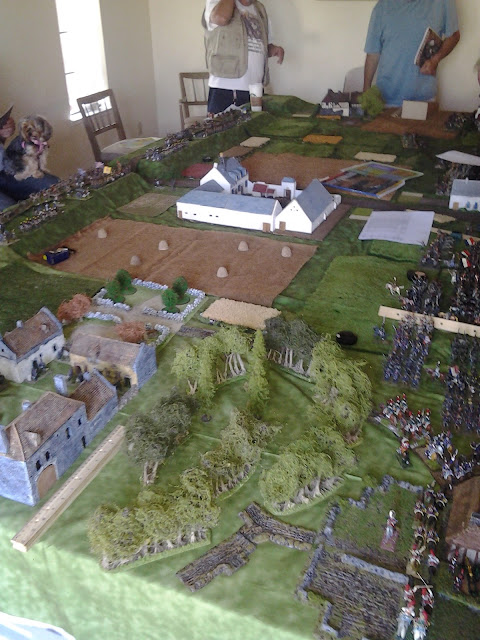 view of the battlefield from the west 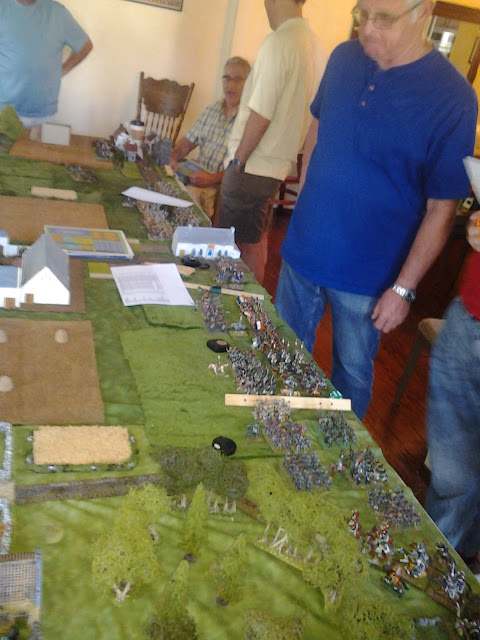 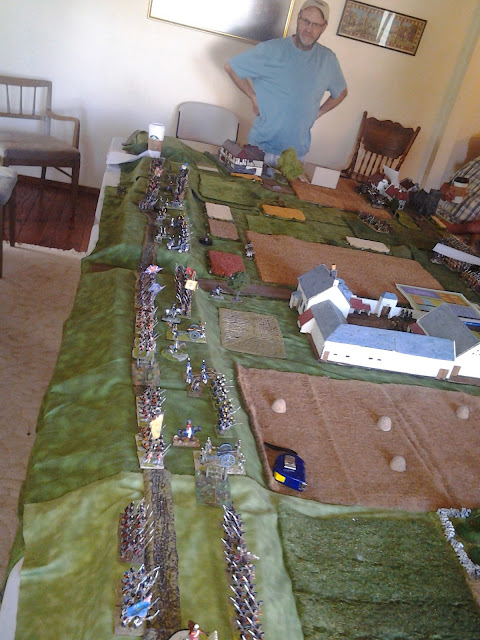 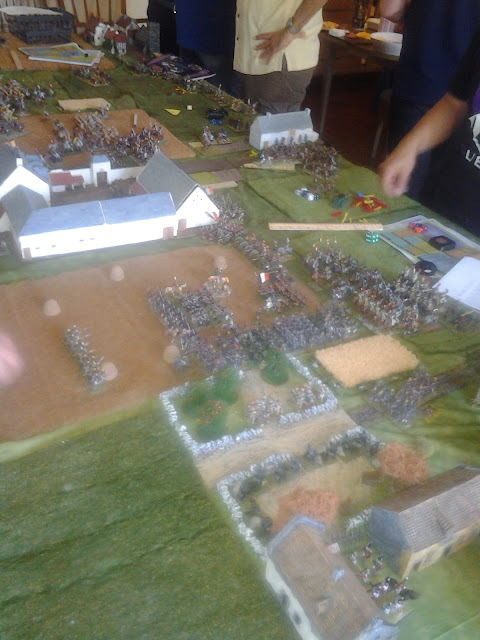 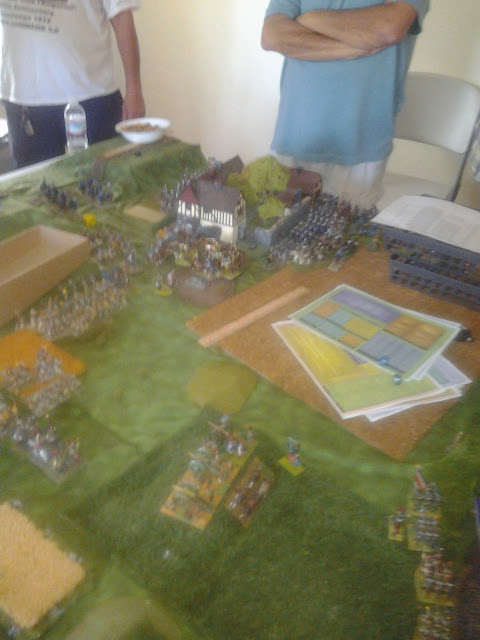 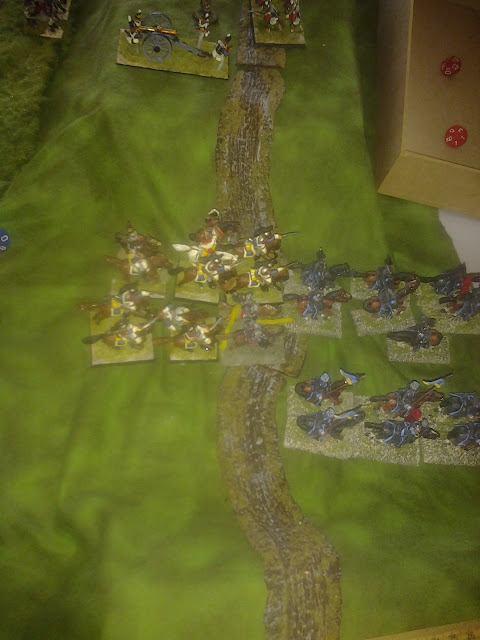 Dutch Belgian cavalry leaving the field.
Posted by William Butler at 10:52 AM