Longtime friend and fellow war gamer Dan Rygasewicz passed away yesterday from a heart attack.
Dan ran several different gaming conventions including Peanut Wars and First Raid.   He would also run games at many of the local conventions, including Pacificon, Western Front, Conquest Sacramento, and many more.   Dan's favorite type of miniature games were naval games, followed by the American Civil War.  He and I met many years ago when we helped some friends with a war game convention.  Dan and I last met at Western Front at the beginning of this month prior to a trip he was making to the east coast with his wife.  He had already scheduled several games that he would be running at Pacificon at the start of next month.  In his memory Pacificon will be draping the table in black and display his photo.   He will be missed by all who met him and gamed with him. 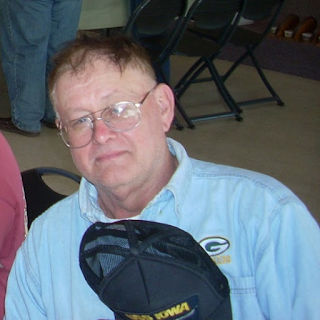 Very sorry to hear this, Bill. Sincere condolences to you and to his family.