I finished painting and basing all the baggage wagons and limbers and I am in the process of adding the flags I printed to both armies.   The Prussians have been finished and the French are about one-third completed.   This will be finished this weekend, leaving only flocking the bases as I have time.  The armies will have their first outing at the South Bay Gaming Club meeting on the second weekend of October.

I used some flags I found on the Warflag website and others from the L'Armee de Napoleon III book.  Paintshop Pro is the graphics program I used to reduce them to the proper size for the figures.    This program allows me to keep the detail of the flags as they are reduced in size.  As an example of how this is done I will use an original image that is 25mm from the bottom of the flag to the top and has a resolution of 72 dots per inch.  It will be reduced to a height of 5mm which is one-fifth of the original.   In order to keep the detail from becoming blurred I multiply the dots per inch by a factor of five, which is the reciprocal of one-fifth, resulting in a resolution of 360 dots per inch.

After reducing and saving them to a folder on my computer, I then copied them into a word document.   The images were copied as many times as needed with some extras.   After cutting them out they were folded and glued to the cast flags of the figures.

Below are pictures of the printed flags.   These are all about 5mm tall.  The first picture shows almost the entire set of printed flags.   All German flags are from the Warflag website. From top to bottom there is Bavaria, Saxony, Baden, Wurtemberg, Hesse, Prussian cavalry, Prussian infantry,   French flags from Warflag,  and French flags from the L'Armee book.  I kept the guard flags separate from the others at the bottom 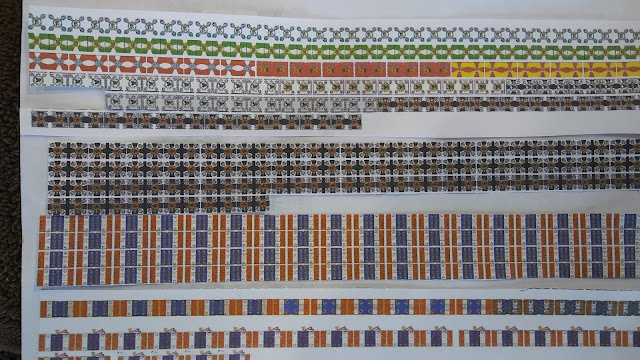 The next two images are closeups that I hope show the detail of the flags. 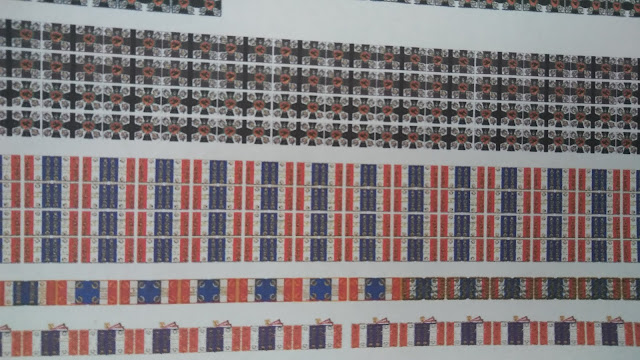 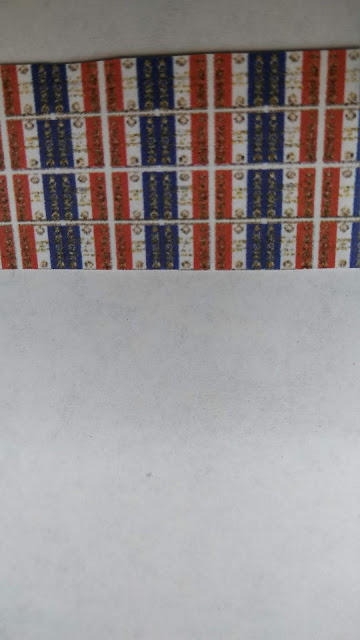 Posted by William Butler at 5:50 AM