On the weekend of January 19th and 20th I attended the first Gauntlet gaming convention.   This was a historical only gaming convention for miniatures and board games.   It was held at what was once the officers club at former McClellan Airforce Base.

I ran the battle of Trebia on Saturday using Scutarii.  The game followed history with the Romans flanks being overwhelmed and the infantry being surrounded.  It was somewhat questionable as to whether the infantry would be able to cut its way through the center before being broken.

Saturday evening I took part in the battle of Trafalgar as the French commander using Form on the Admiral's Wake rules.  My first broadside scored a critical hit causing a magazine explosion, eliminating one British 74.  Wind was to be a major factor for the game causing both first the Franco-Spanish fleet to end up in Irons.  Then after most of the fleet was able to tack out of irons the wind shifted again putting everyone in irons except for one British ship.  Half of us had to leave before the game ended in a draw.

Sunday I participated in a WW2 eastern front game as commanding the Russians.   The rules were Blitzkrieg Commander 2nd edition.The scenario began with the Russians having broken through the German lines with the lead tank brigade attempting to exploit the breakthrough and a hastily assembled German kampfgruppe attempting to stop them.  It was a close game with the Germans eventually halting the Russian advance after crossing 2/3 to 3/4 of the table.

The afternoon game was a small French and Indian War frontier skirmish using A Fistful of Lead: Horse and Musket rules.  I had a settler, his wife, and four frontiersmen attempting to protect his cabin and fields from a raiding force of nine Indians.   The Indians eventually overwhelmed the defenders, losing only a couple of braves.

Other games of note were Rorke's Drift on Saturday and Islandwahla on Sunday.   In addition to the miniature games there were a couple of board games played on Saturday and Sunday.  Photos of the games follow. 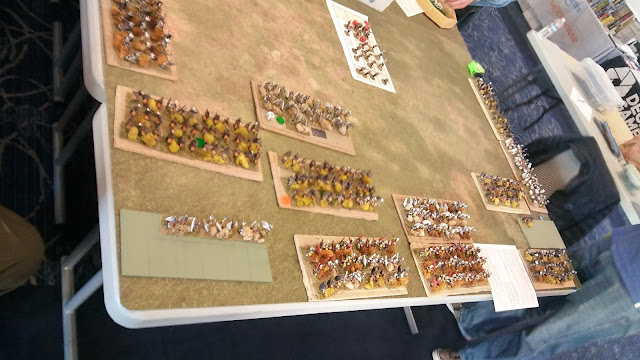 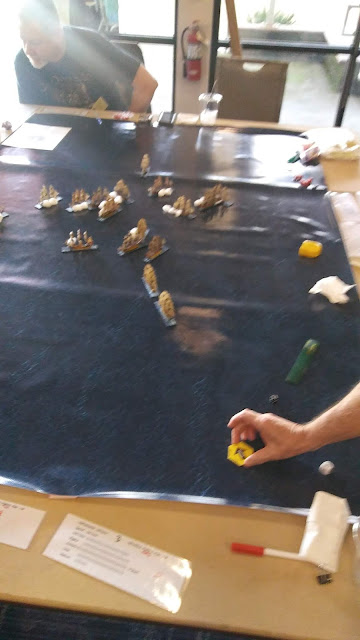 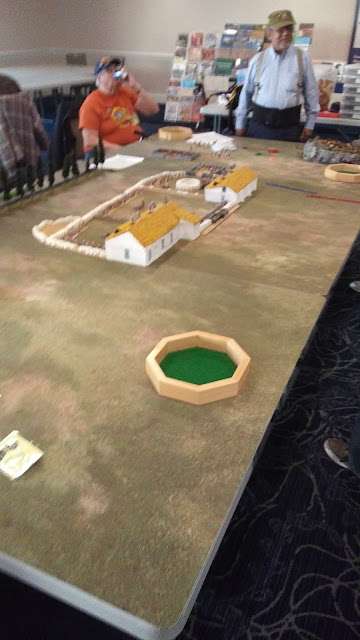 Rorke's Drift being set up. 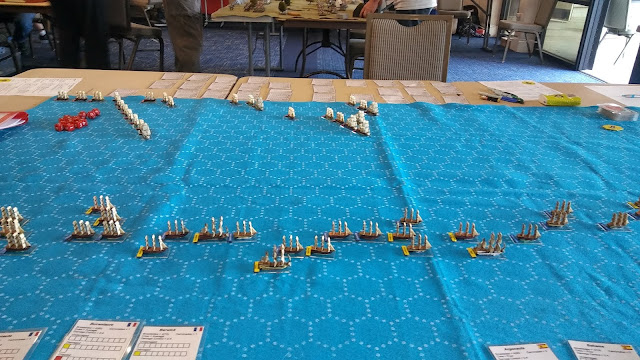 The Trafalgar game using Form on the Admiral\s Wake 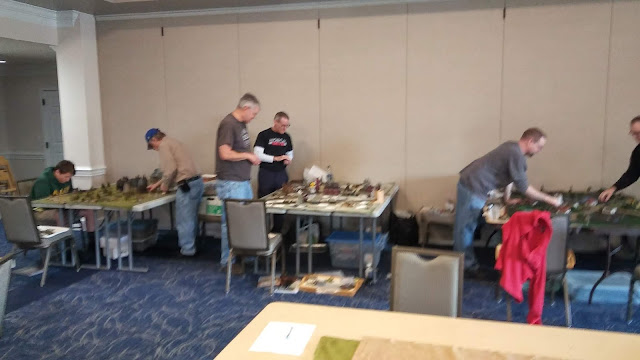 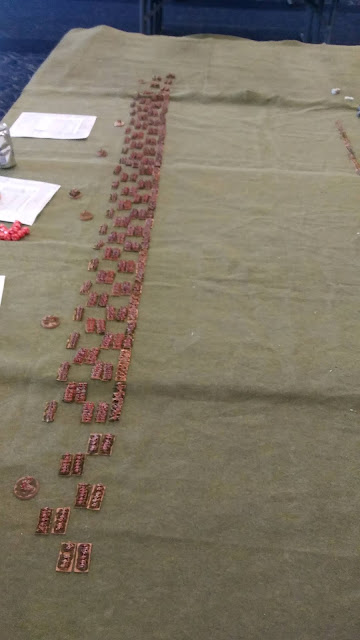 The Roman army deployed for battle 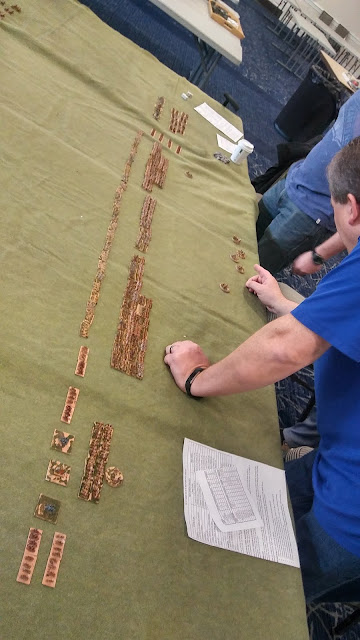 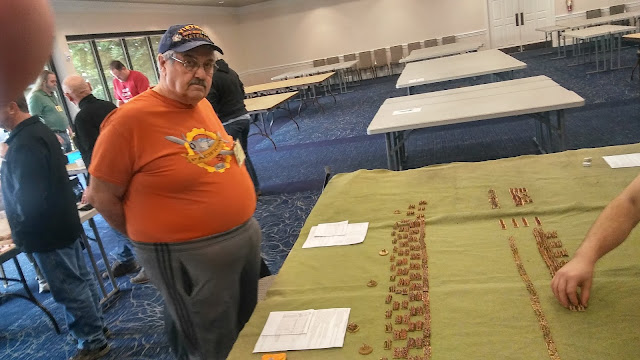 Jim the Roman consul watches as the Carthaginian army advances 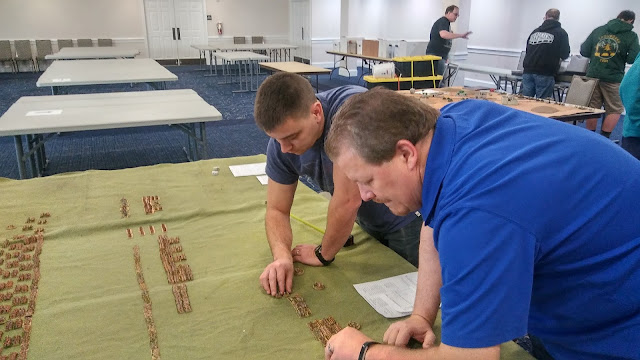 Greg in front and Bud in back.  Commanding the Carthaginians. 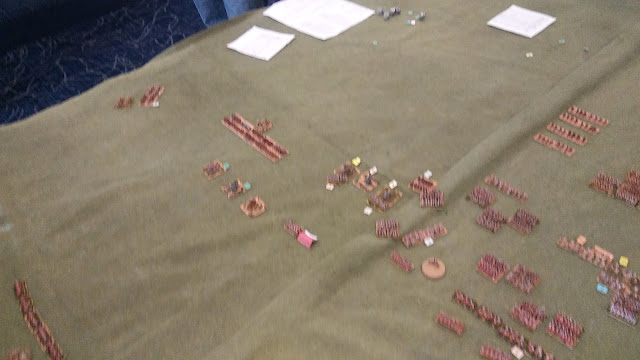 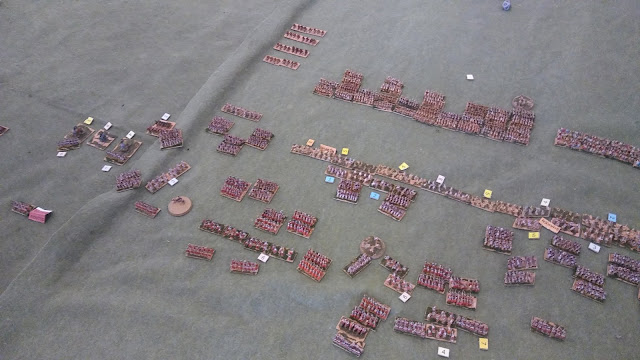 Left wing of the Legions breaks. 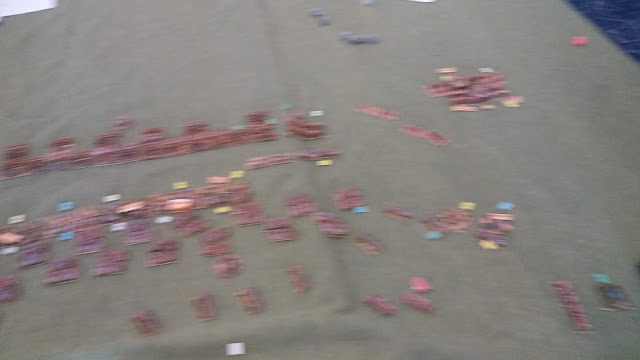 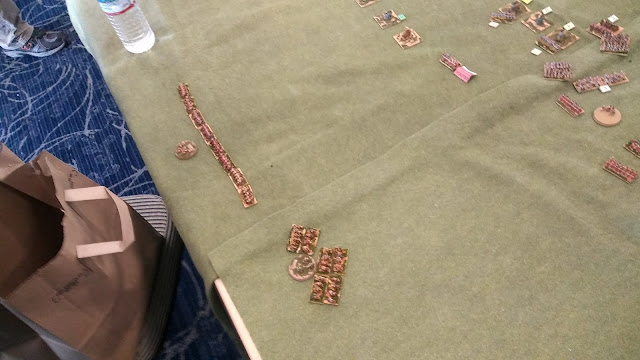 Hanno's flanking force has arrived and advanced towards rear of Roman lines. 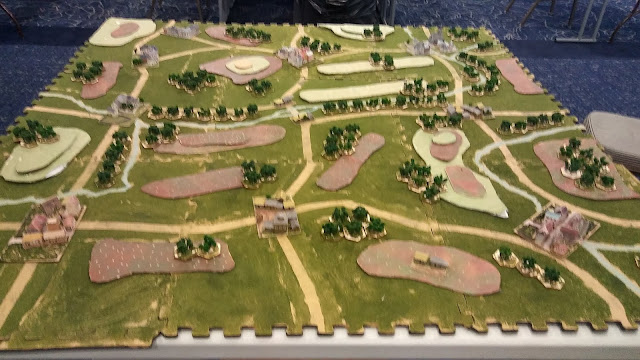 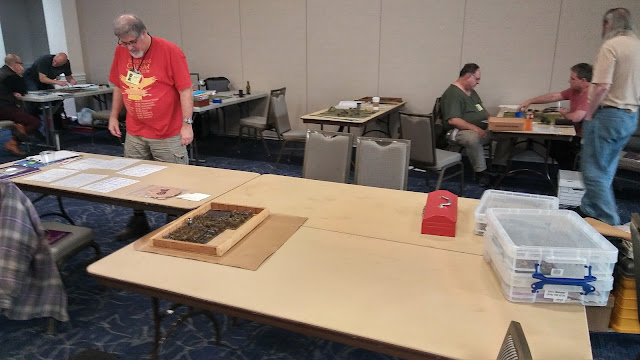 DBA tournament about to start.  Mike, in red shirt, pondering his army list.  Mike managed the convention, making sure the games had the tables they needed. 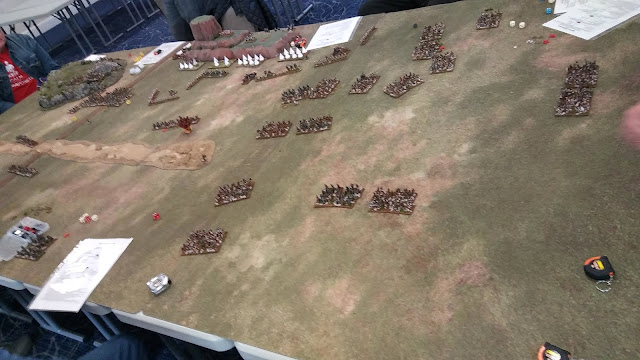 Posted by William Butler at 5:42 PM