I recently purchased some tanks and infantry fighting vehicles from Kurzwell Corporation   They are listed as heavy ifv and Leopard 3 6mm.   They are based on the video of the hypothetical version of the Leopard 3 on  YouTube .   They arrived in the mail on Saturday and I was finally able to start painting them today.   They have all been primed with green spray primer and are now having the other two colors applied.  Clicking on the pictures will provide an enlarged view. 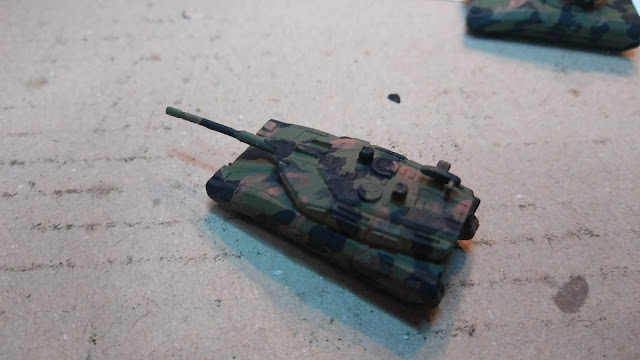 Fresh from the paint shop.   I went with NATO three color for these to distinguish them from the Domain vehicles.   The tank and the IFV are similar in size to the Darkest Star Federation vehicles I am using for the Domain which can be seen here.   I still have eight more of each to finish and base. 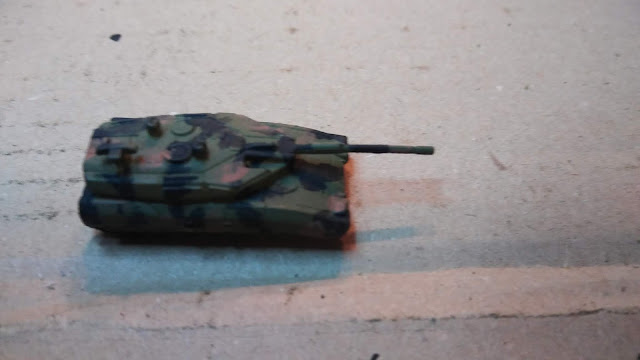 They are more expensive than GHQ, but this does make a good future MBT.   I have decided to use Cimmerian as the name for the MBT 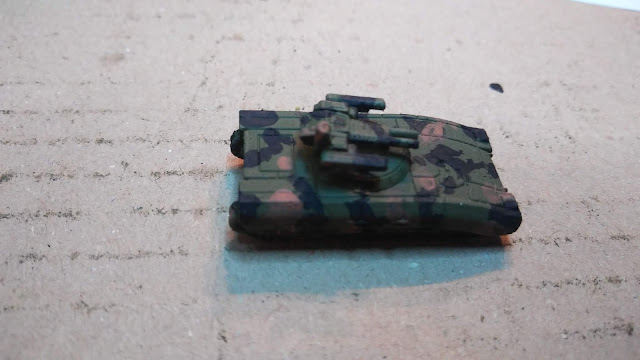 This is the IFV version.   The hull is the same as the MBT.  The turret is based on the Russian BMPT-72, also known as The Terminator.    The turret of the Russian vehicle has a pair of 30mm auto-cannons and two pairs of ATGMs mounted on the sides.  It doesn't show in the photos, but there is a rear hatch. 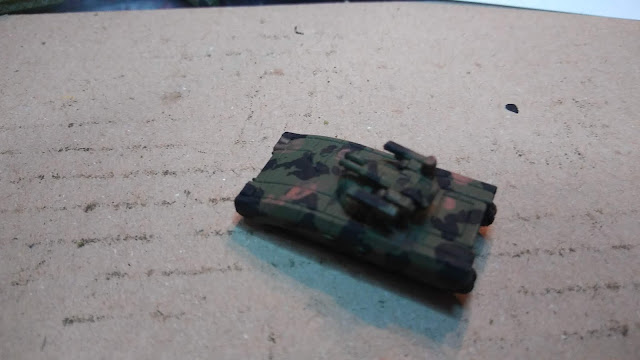 I chose the MBT name to go with the nickname given to the Russian vehicle as an obvious reference to Arnold Schwarzenegger's two more well known movie series.  There had been plans for a new Conan movie starring Schwarzenegger as the older King Conan, but that has apparently collapsed. 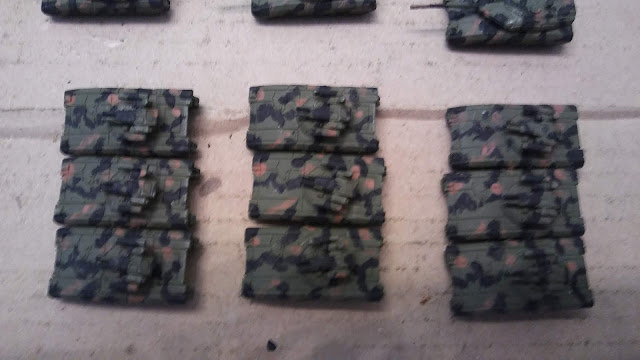 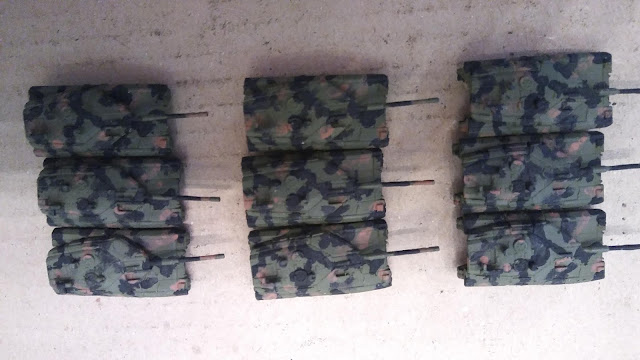 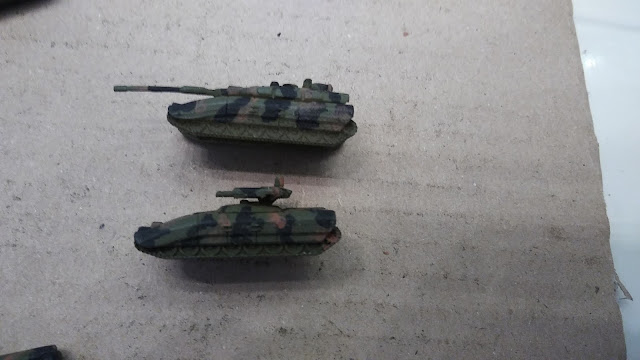 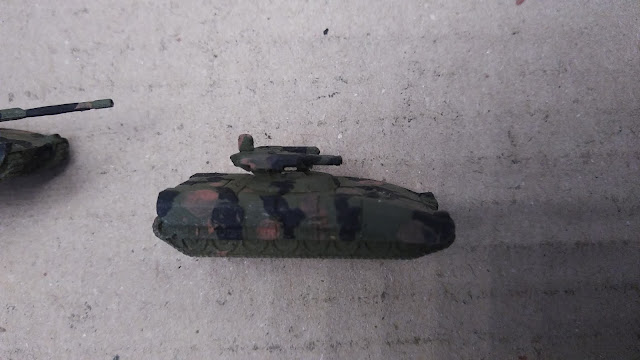 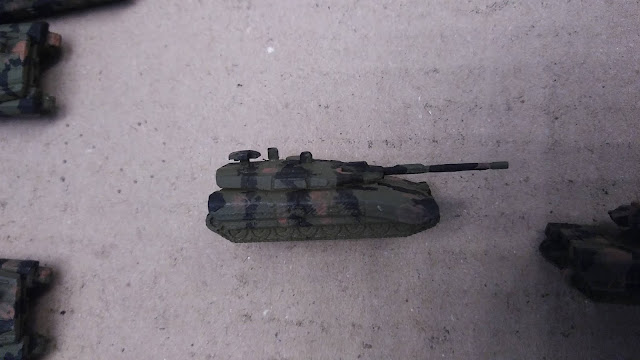 MBT right side
I need to figure out vehicle stats for the two vehicles for both Future War Commander and Fist Full of Tows 3.   Both rule sets are one vehicle equals a platoon, so once I have finished painting them I will have a battalion of each.

Posted by William Butler at 6:20 PM

They certainly have a near future look about them! Nice vehicles, and nicely painted.

Thanks for the compliment Aaron