In the mid 1980's the United States and Germany agreed to adopt a new camouflage pattern using a combination of green, grey-black, and red-brown.   They also devised specific patterns to be used on each type of vehicle.    There is a US army field manual  tb43-209   with almost all the patterns for each vehicle in it.   The Team Yankee website also has PDFs of some of the German paint diagrams  A website with paint diagrams for German, US, French and other nations is Panzerbaer  Be advised though that the diagrams for the French vehicles have green and black reversed.   Where it shows green it should be black and green where it is black.

Vehicles primed with green spray primer from Amazon (local OSH store used to carry it, but not anymore), then black, and finally red-brown spots using a 10/0 brush.   Black and Red-Brown paint from Stone Mountain Miniatures this time and on the Terminator and Cimmerian in a previous POST  I have used GHQ paints on some previous  batches and for some scifi vehicles 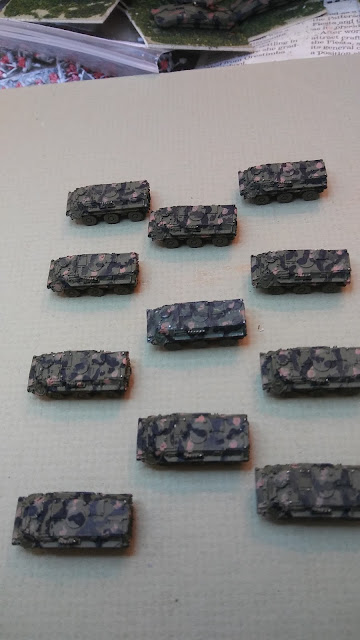 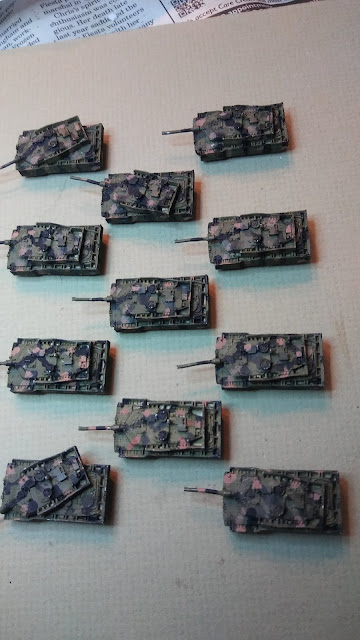 
For those who are doing the earlier US army MERDC scheme this manual will be helpful
Posted by William Butler at 3:04 PM