I was at Pacificon this past Saturday.   There was a great variety of games on Saturday during the day.  According to the schedule of events Friday, Sunday, Monday, and Saturday evening could have had more games.   One complaint that I heard from quite a few people was the overlapping of times for similar games.   This has been happening for the past few years.  A couple of years back there were three American Civil War games at the same time.

There was a dealer section. next to the area where the miniature games were being played.  This did not have any rule sets or historical miniatures.  Though it did have board games and other items.

The following Pictures are most of the miniatures games that were available to choose form on Saturday. 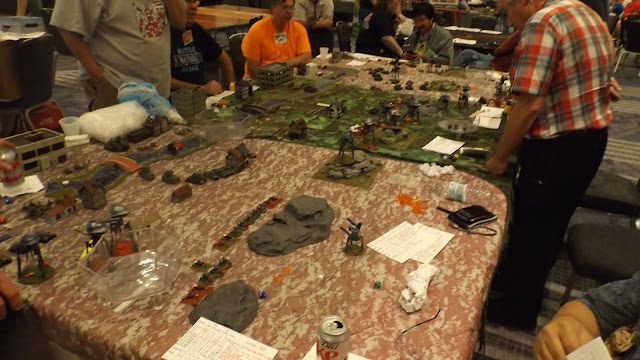 All quiet on the Martian Front 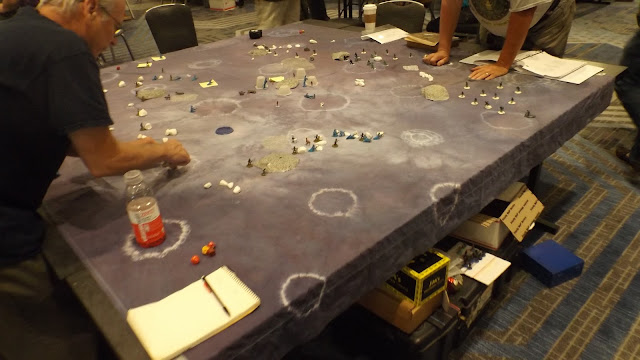 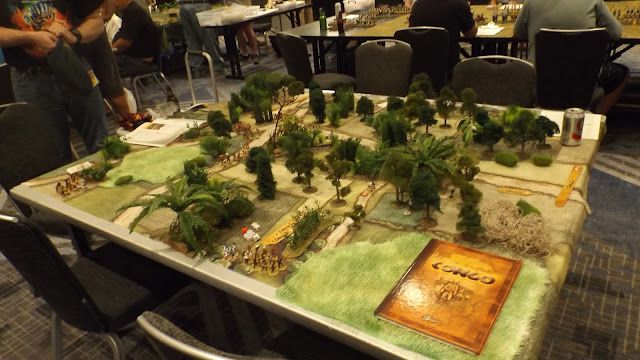 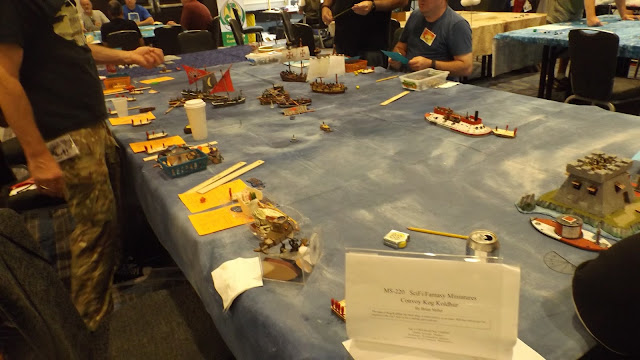 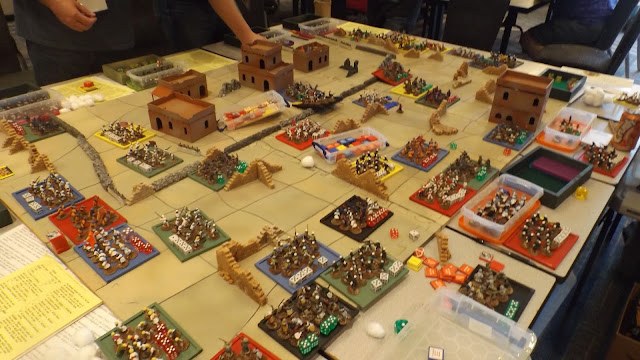 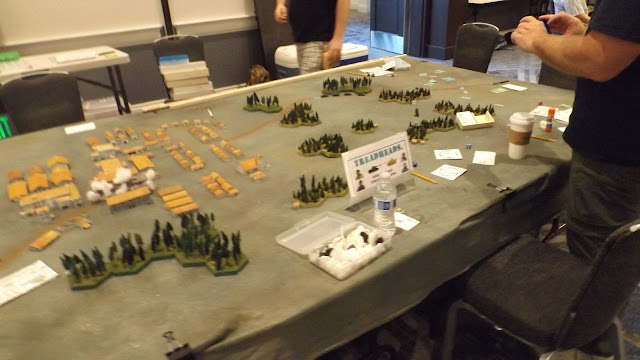 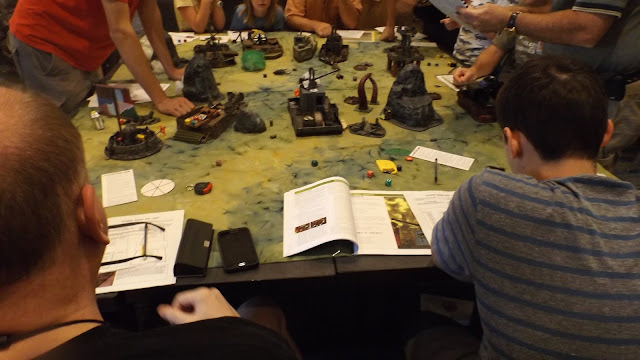 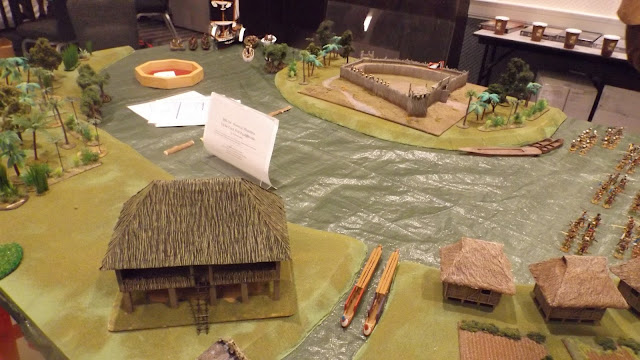 up the creek with Rajah Brooke 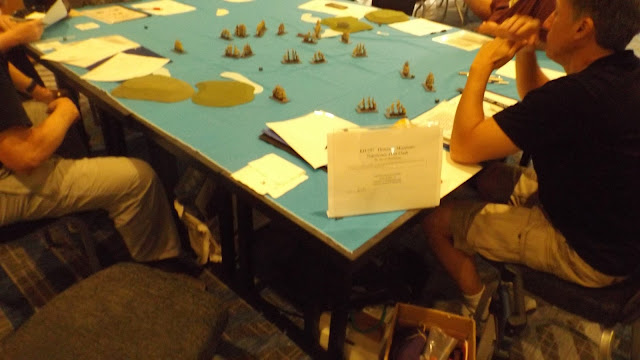 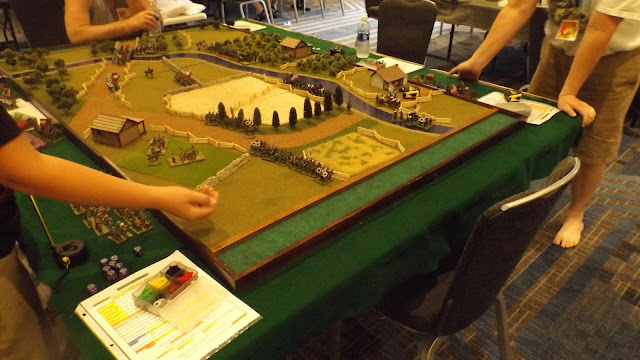 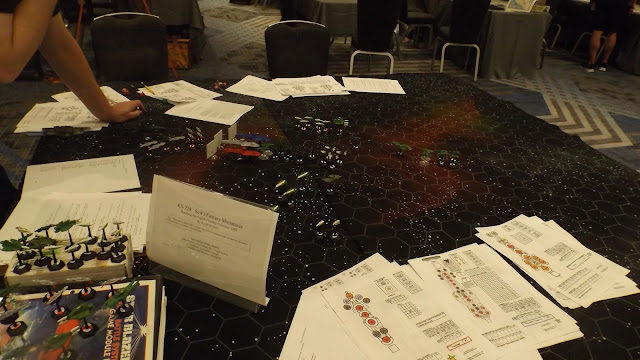 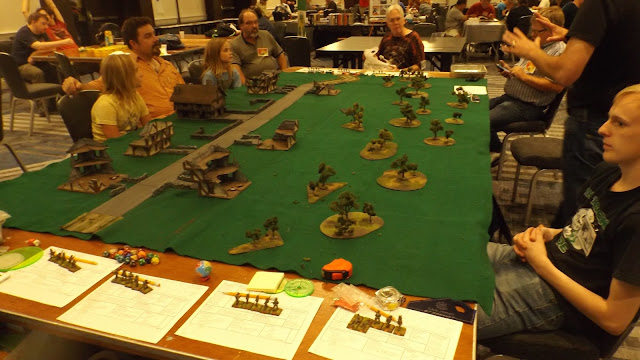 Steve Montgomery's WW2 skirmish game
There were several others that I did not get a picture of
Posted by William Butler at 5:39 PM

Good variety of games there, Bill.