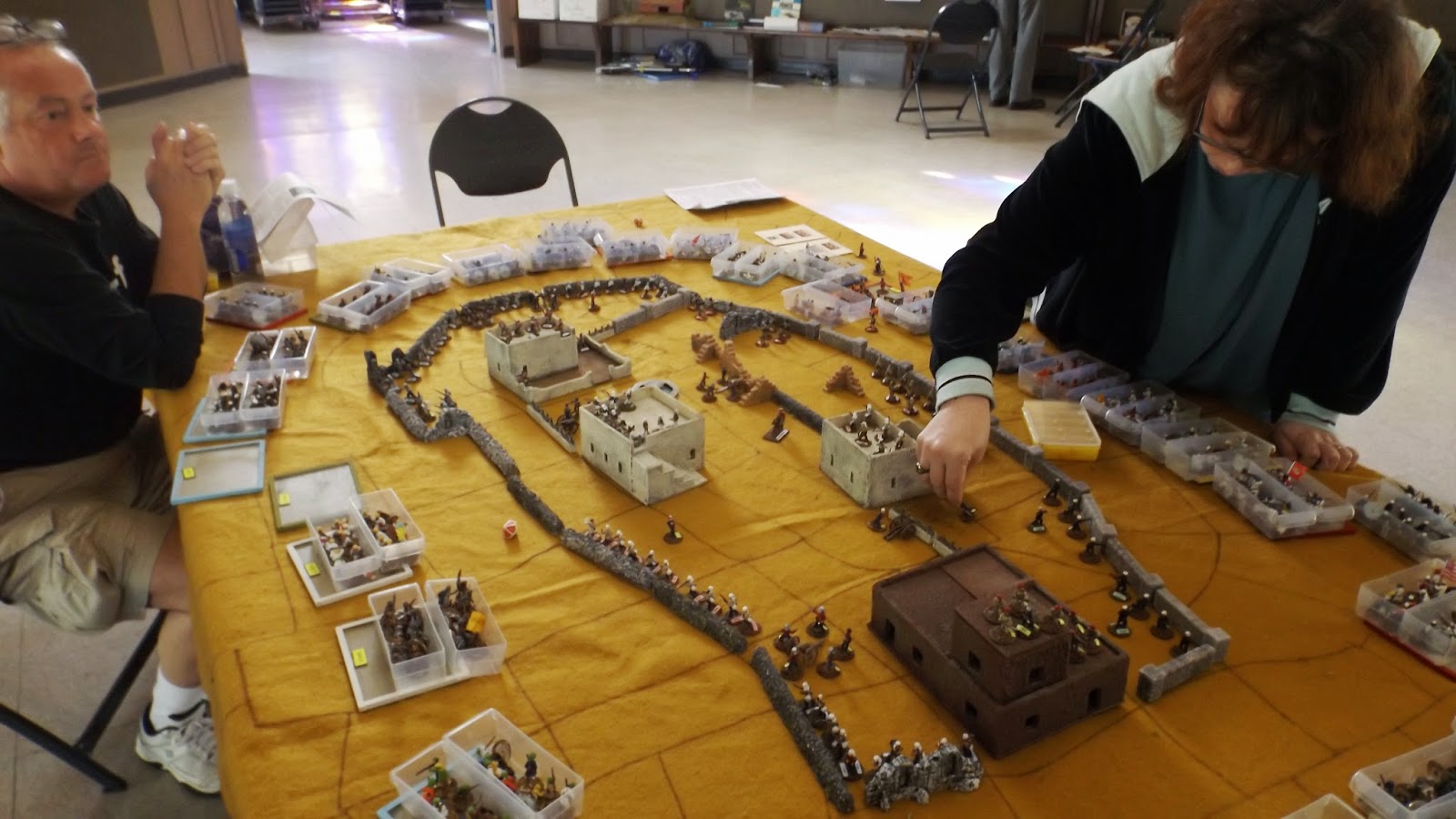 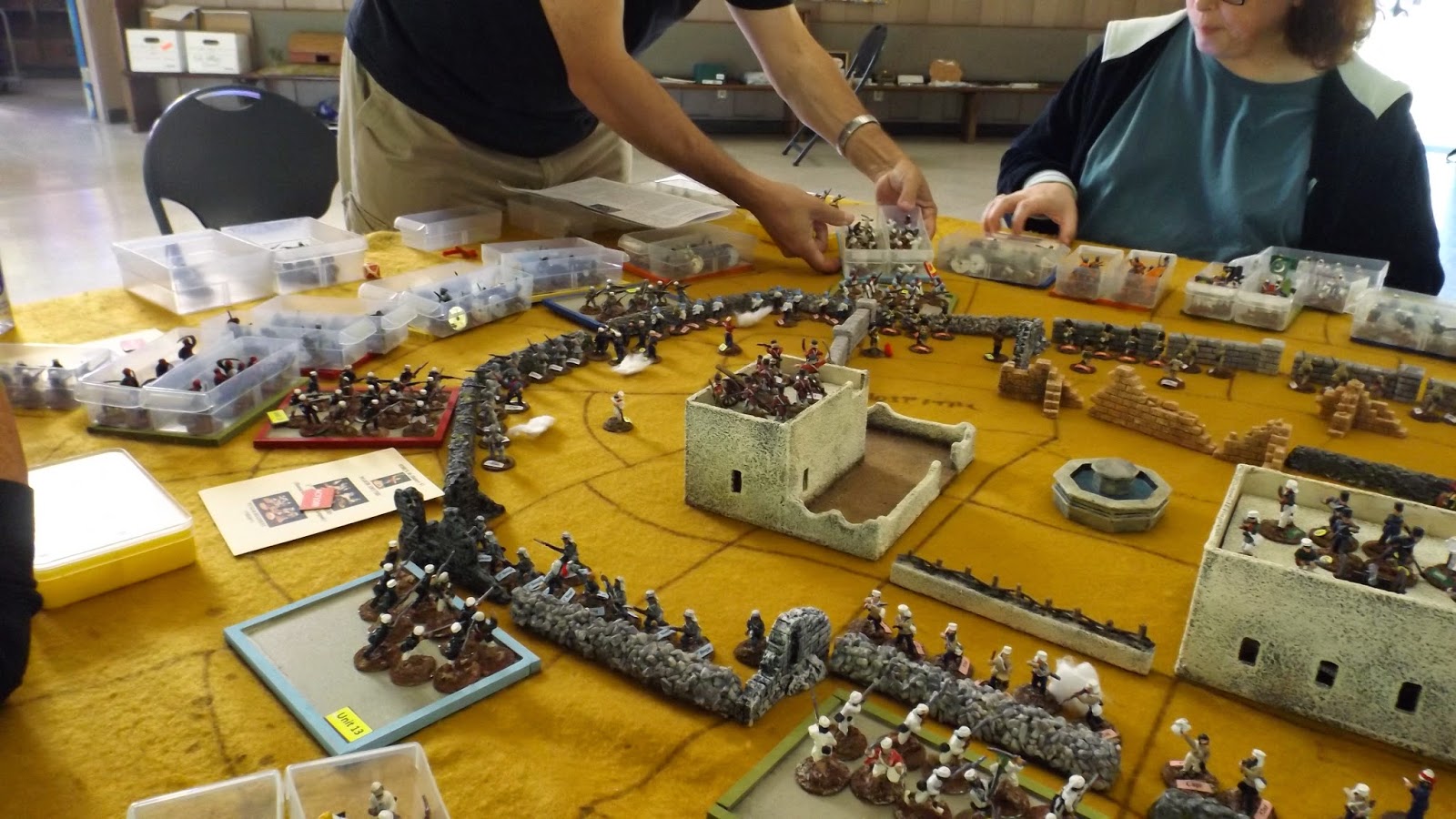 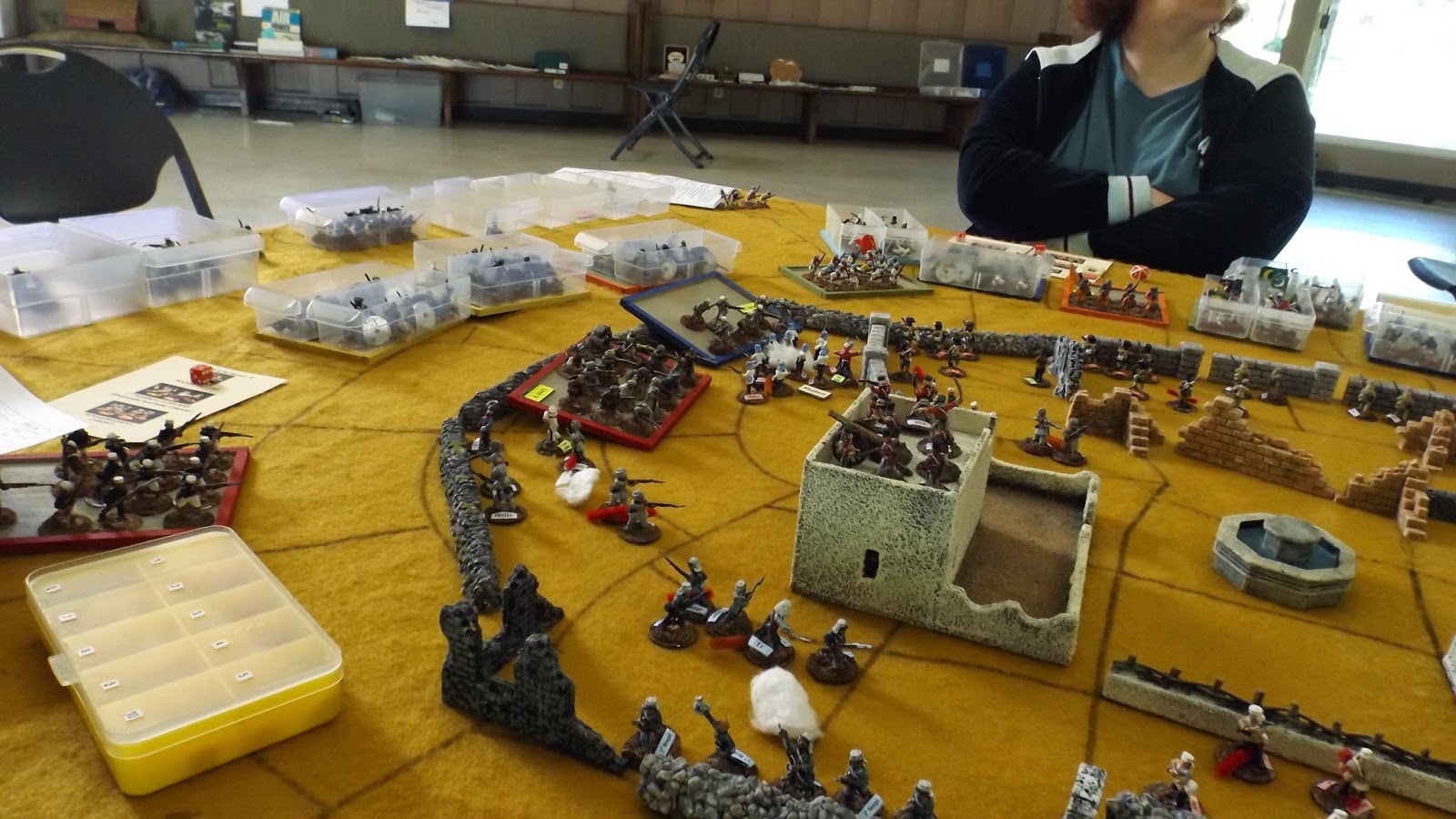 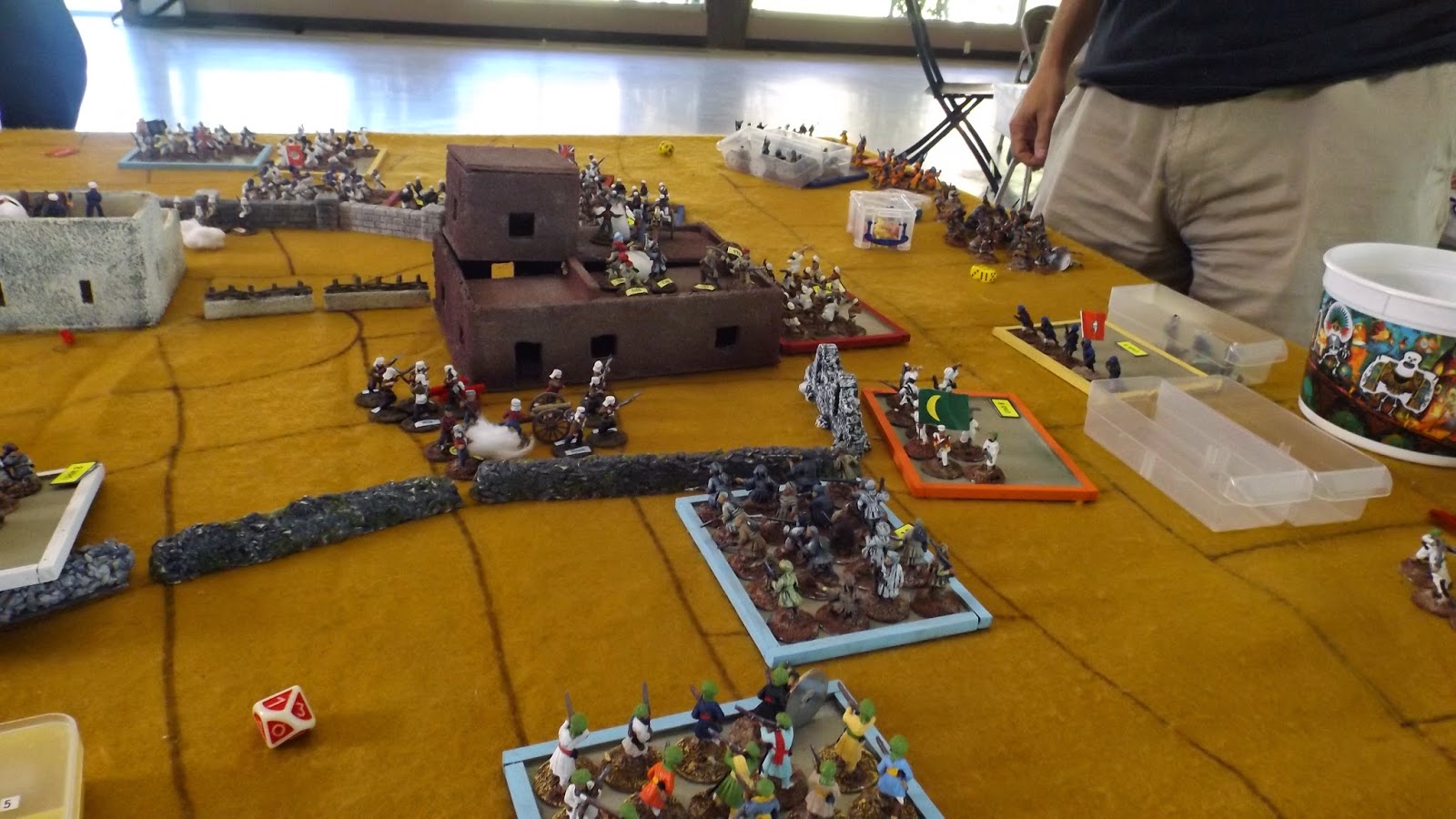 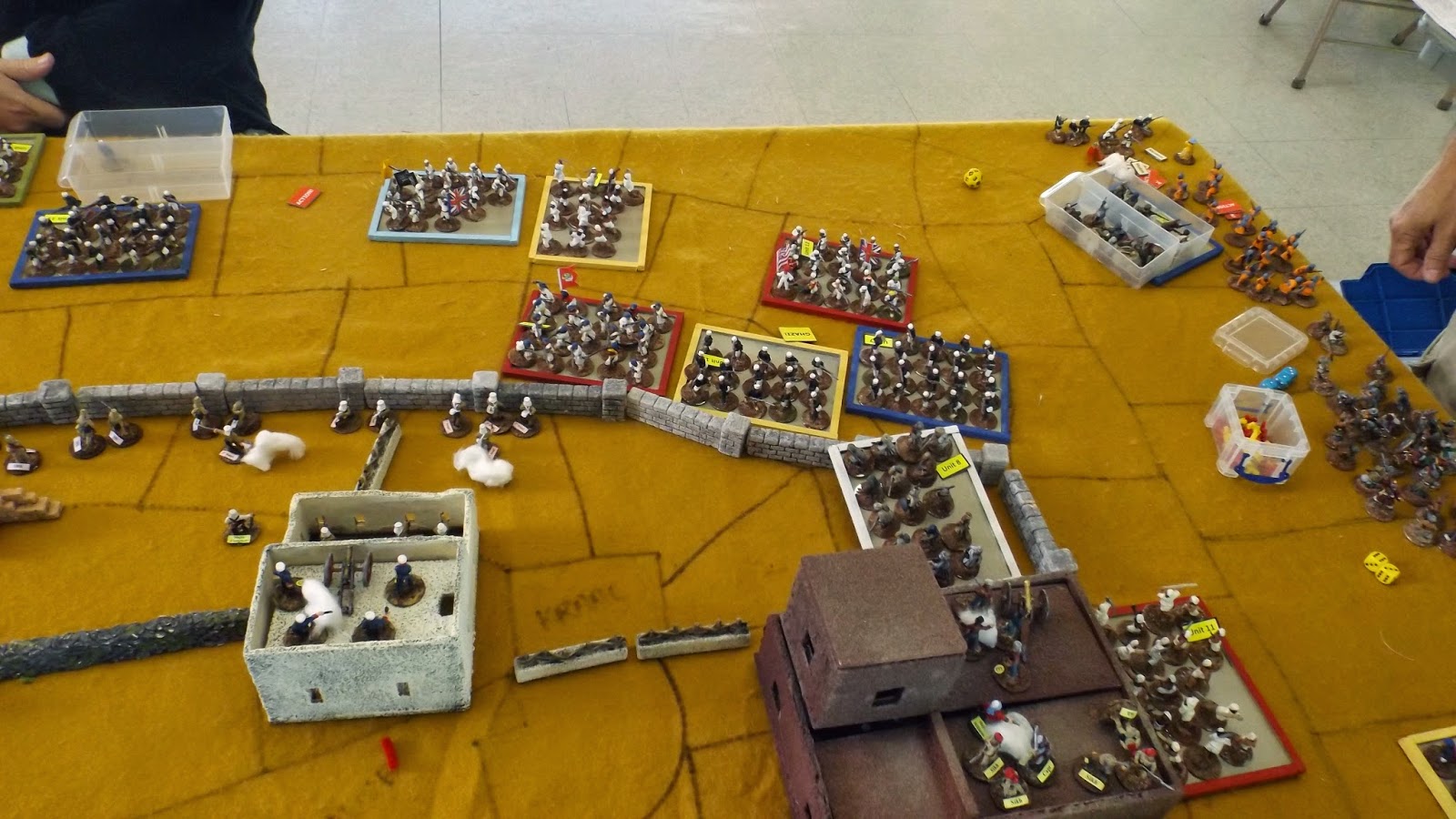 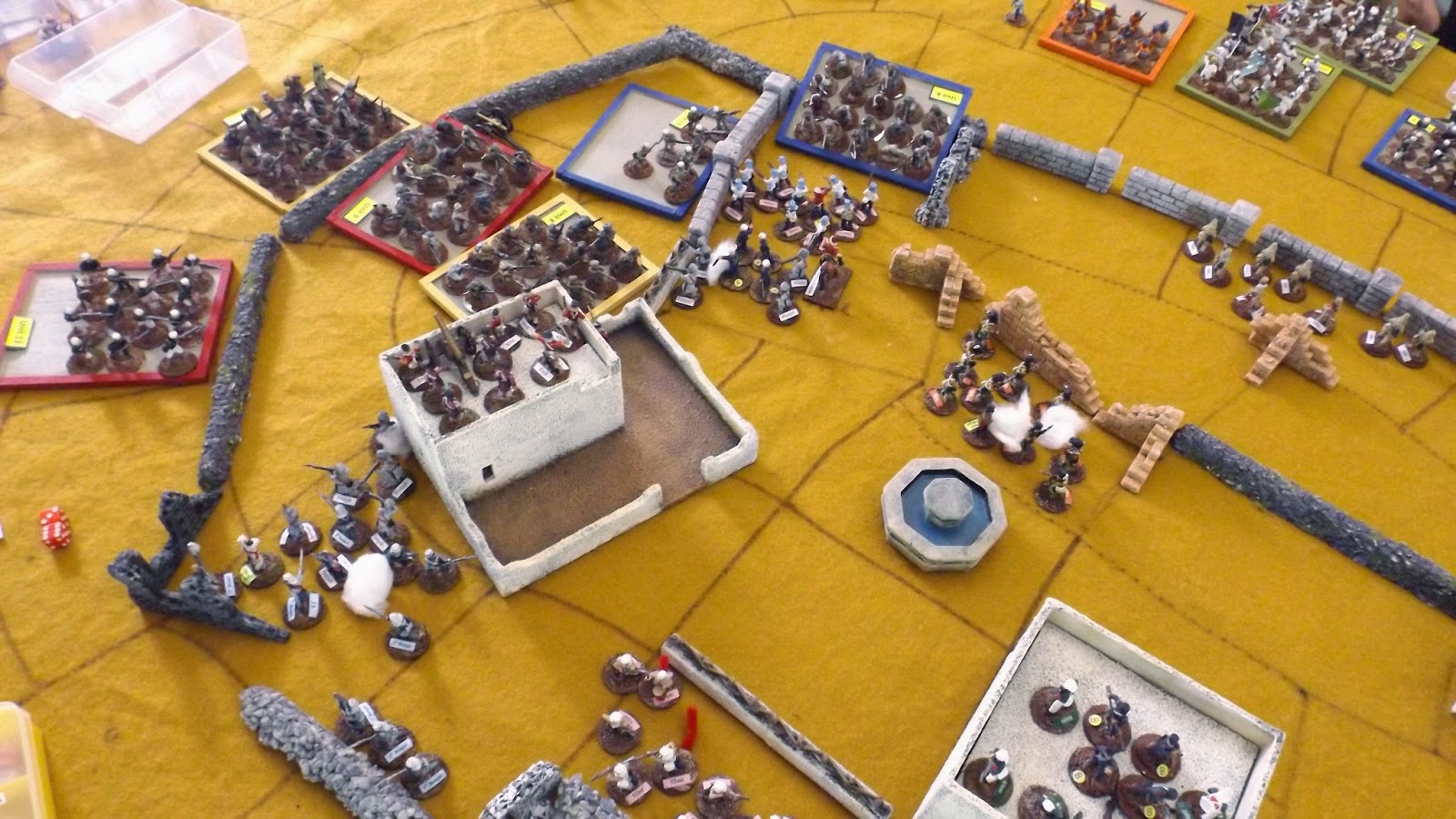 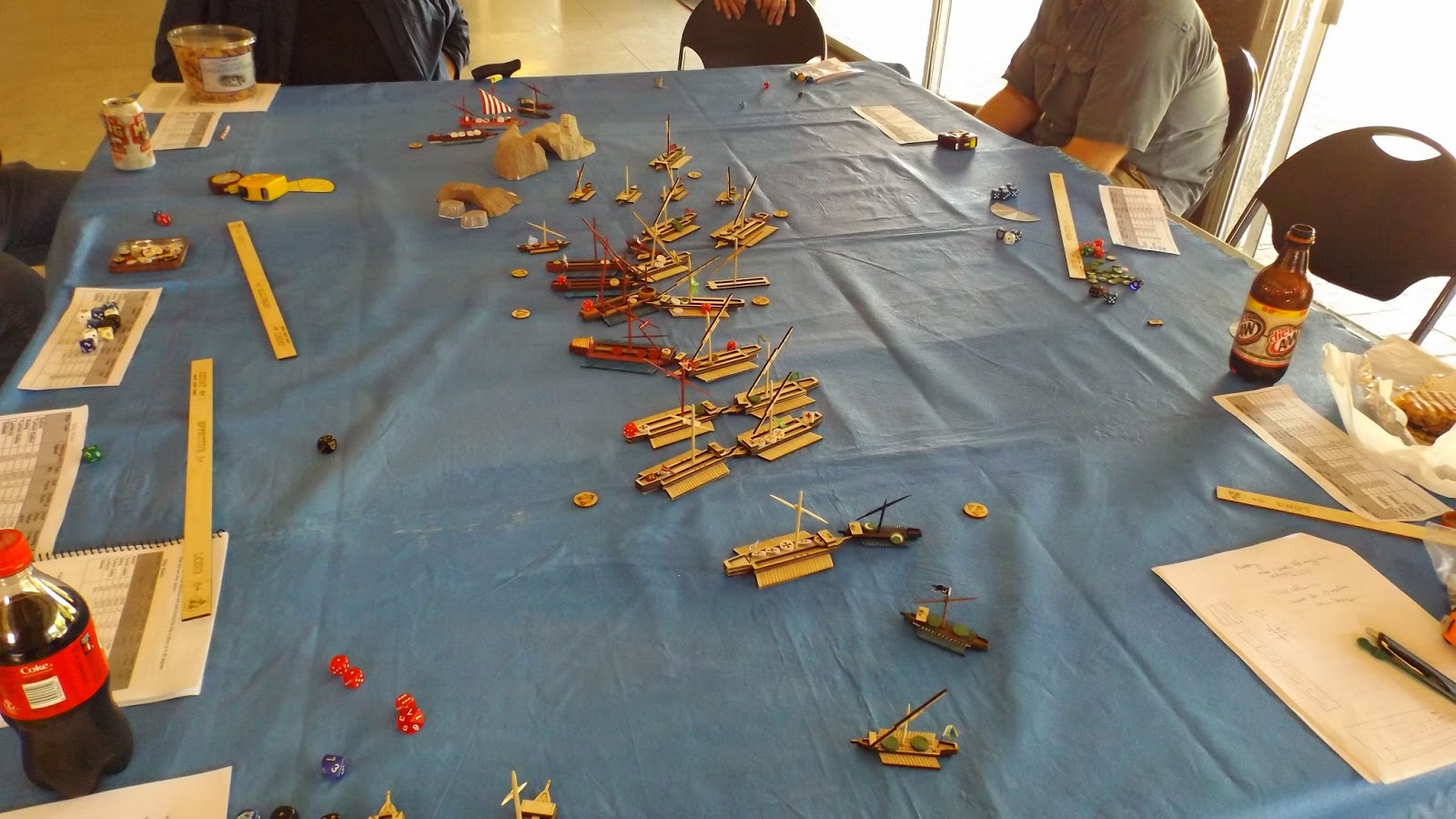 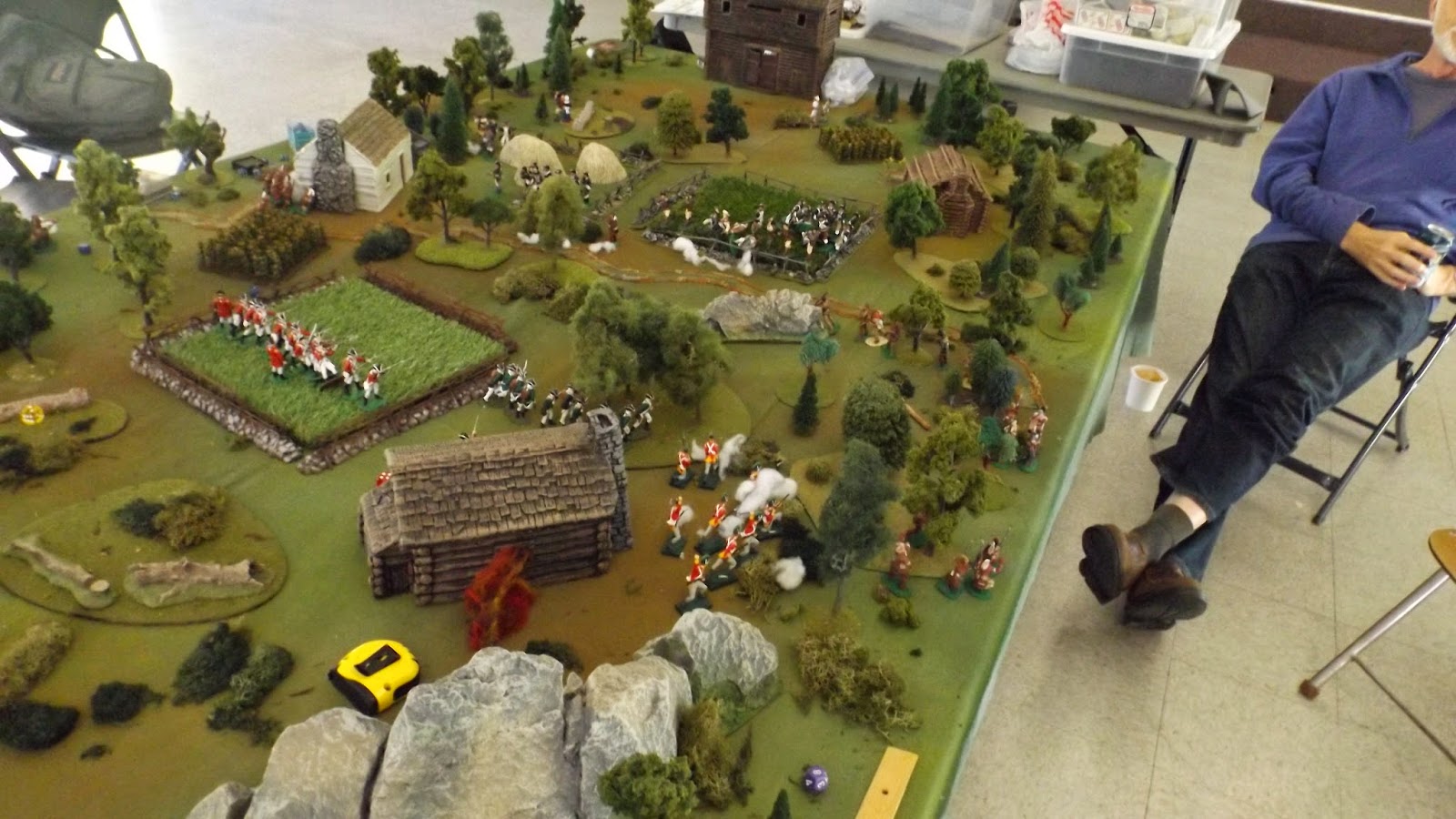 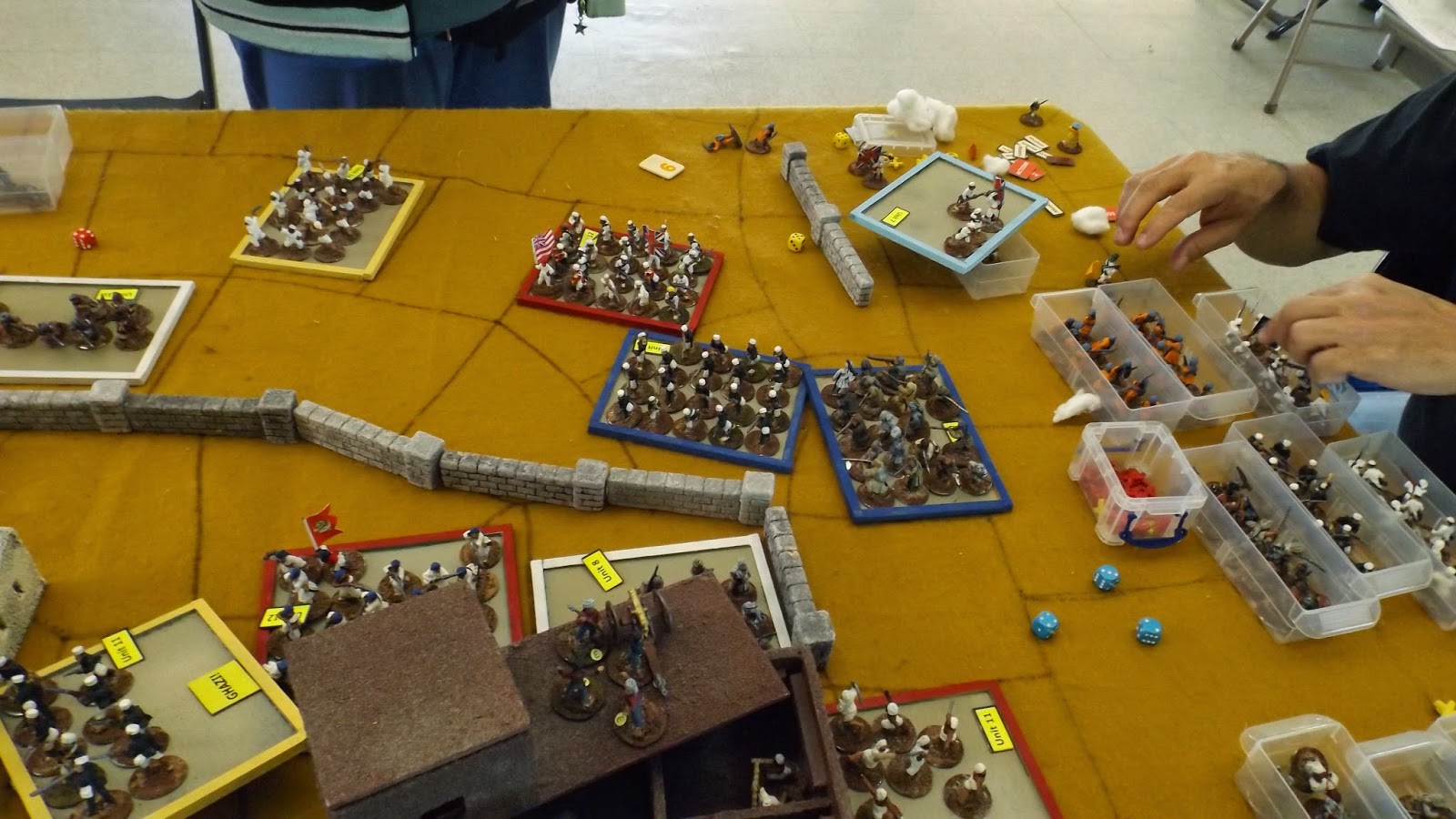 Desperate fighting at the building.   The Mutineers were able to force their way into the building.  My men in the building had moved to the rooftop.
We were able to hold out in the inner defenses until the end of the game.  Jim had accumulated a bunch of activations and was able to fire, reload, fire, reload, and fire again decimating the mutineers in front of him.  While the dark building was contested we had held the rest and protected the well.
Harry Flashman and Gunga Din made guest appearances during the game.  Gunga Din helped a group of sunstroke victims recover while Flashman encouraged the Highlanders to fall back to the inner defenses.
Posted by William Butler at 7:53 AM