Back in November I ran an ACW game at the GameKastle store in Fremont.   This was the same scenario as the previous fictional early war scenario that I ran at the South Bay Game Club.  The Confederates ended up with a traffic jam on the left center road and took a while to get their army in place.   Daniel's Union command ended up coming down the road on side of the table and took some time finding its way across the river.   Charlie Parker was commanding the Confederate cavalry opposing him and was able to use his cavalry to wreck havoc on the Union infantry.  The game ended in a minor victory for the Confederates. 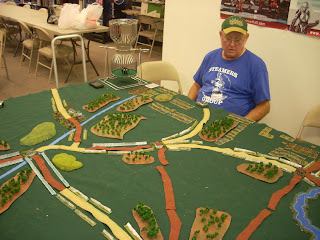 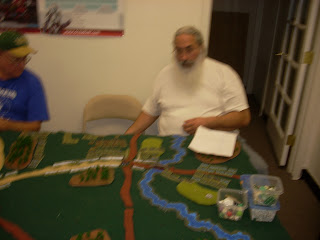 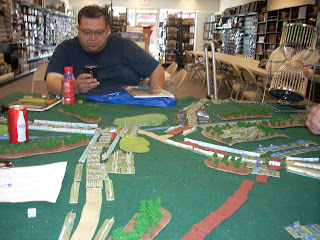 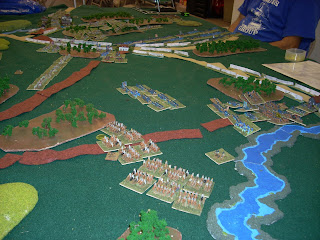 Confederates advance on Eastern side of battlefield 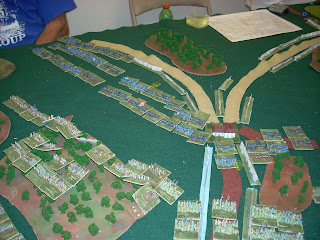 View of the battle from the southwest corner 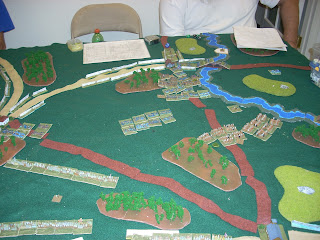 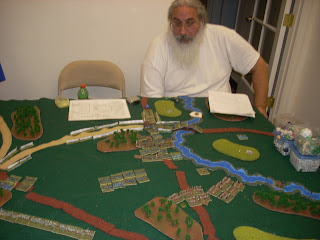 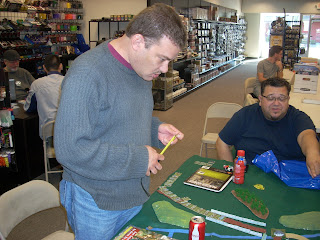 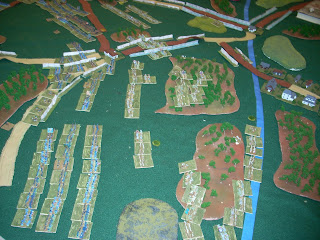 View of the western part of the battlefield from the north 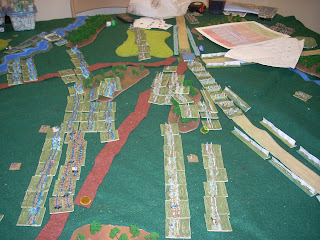 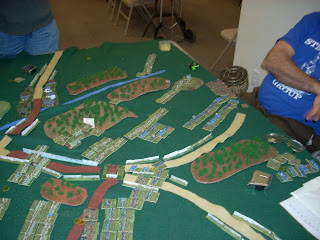 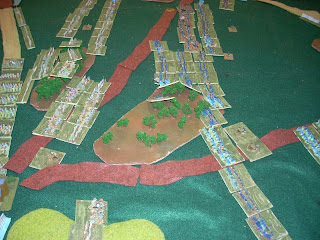 Union left has regained some ground.
Posted by William Butler at 8:07 AM