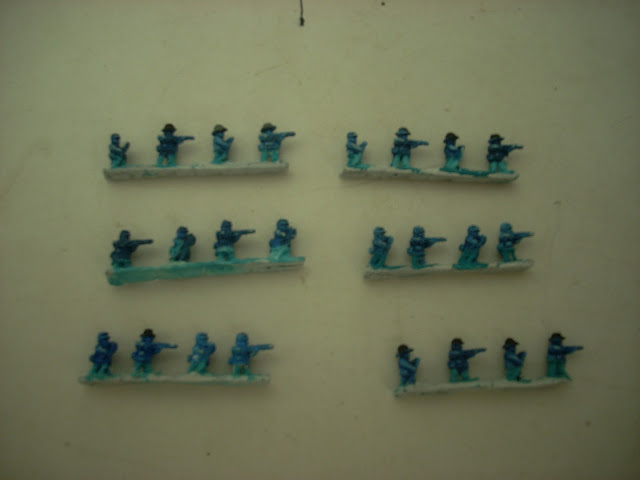 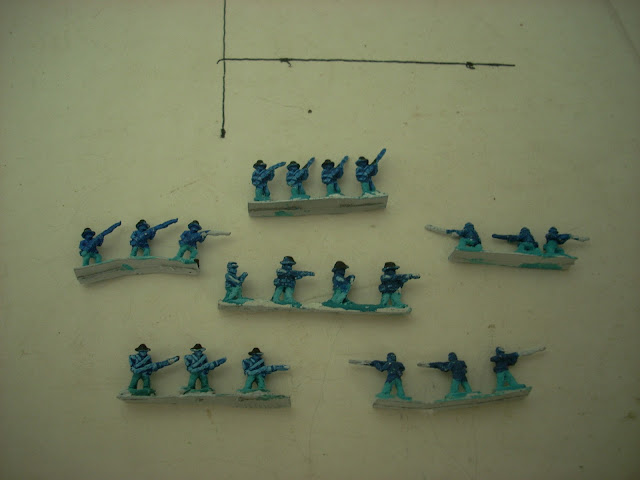 Update:  Rapier has added cavalry to their ACW range in the five years since I originally wrote this post.   Like their 6mm ancient cavalry, their ACW cavalry figures are similar in size to the Heroic and Ros Figures.  I ordered a pack of each of their four different poses which will be enough to provide extra figures I needed to complete my ACW cavalry.  Though it will require a bit of extra effort I will be mixing them on the same bases with the Heroics and Ros figures that I already have.
Posted by William Butler at 8:28 PM