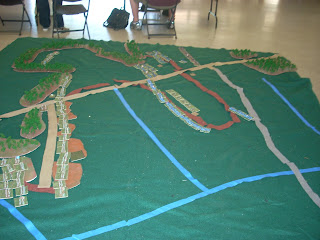 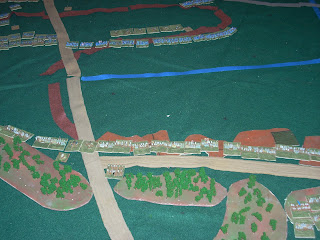 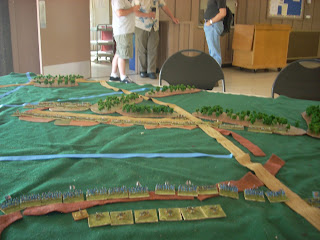 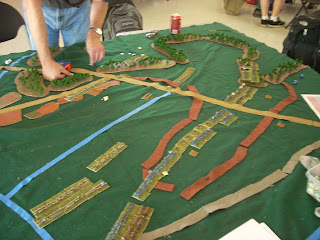 I will be running this battle again at the upcoming Pacificon convention at the end of this month  Some additional hills will be made by then.  A couple of minor adjustments will also be made to reflect the surprise union attack at the start of the battle.  This scenario can accommodate up to 6 players with three on each side.  The Union side has Banks commanding the artillery reserve and the cavalry brigade and the one player for each of the Union divisions.  On the Confederate side there would be one player commanding Hill's division, one player commanding Winder's division and one player as Jackson and commanding Ewell's division .  Jackson can also take command of the two brigades attached to Winder's division.
Posted by William Butler at 8:14 PM