A few months ago our club re-fought the Battle of Blenheimin at the Atwater Library. Ken Mackie and my Daughter Brooke were the Anglo-Allied commanders. Harold Windell and Ray Jackson commanded the Franco Bavarian armies. I provided the armies and most of the terrain, with Ray providing the trees. The rules we used were a modified version of Volley and Bayonet and the figures were 1/300 Heroics and Ros.
The scenario information can be found at http://homepages.paradise.net.nz/mcnelly/vb/scenarios/blenheim.htm
And the rules modifications can be found at
http://homepages.paradise.net.nz/mcnelly/vb/ammendments/marlburian.htm
Both sides were allowed to deploy their armies as they wished instead of using the historical deployments. Ken opted to reverse the positions of the allied armies, while Harold elected to defend the second stream, leaving only a couple of regiments in the forward villages. This was the first time that Harold, Ray, and Ken had played these rules.
The battle commenced with Marlborough assaulting the two villages. Oberglau fell immediately, but defenders in Lutzingen put up a stubborn defense and held the town all day. Meanwhile Prince Eugene advanced on Blenheim.
The city of Blenheim was overrun with relative ease and a major cavalry action was fought near the town. Marlborough left half his forces behind at Lutzingen and advanced on the French center. The action in the center saw numerous charges and counter-charges as the fighting swung to and fro.
As night fell the fighting finally ceased. Though they had captured Blenheim and caused serious casualties to the Franco-Bavarians, the Anglo-Allied army had also taken grievous losses.
Per the scenario victory conditions, even though it was a draw, Hal and Ray won the battle. If they had caused a couple of more casualties against the largest French formation the Anglo-Allies would have won. In retrospect, and this is something that I did not think about at the time either, Ken could have bypassed the remaining force in Lutzingen and used the superior firepower of the additional troops to out shoot the opposing forces. Also, many of our club games are fought using a set of Napoleonic rules written by Ray Jackson. As such, Ken was used to using tactics that work well for those rules, but have little effect in Volley and Bayonet. Even so, Ken made several good decisions, getting many of his units across the Nabel river without losing their battalion guns and coming very close to winning the battle along with having to help direct my daughter. Hal had to take command of the entire Franco-Bavarian army for a while as Ray was feeling a bit under the weather and had to return home for a couple of hours before rejoining the battle. 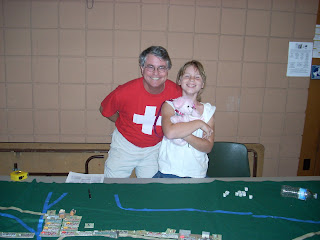 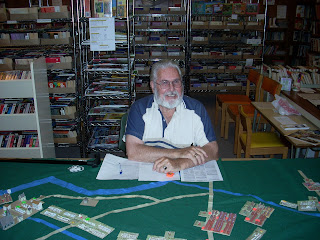 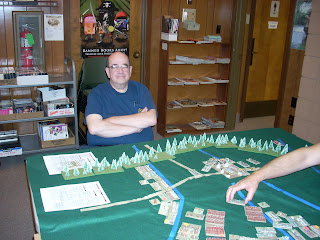 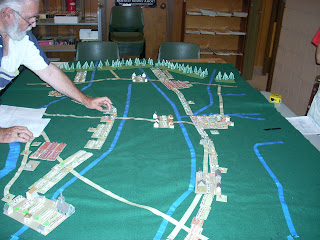 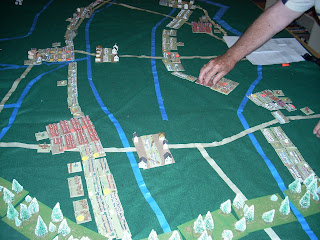 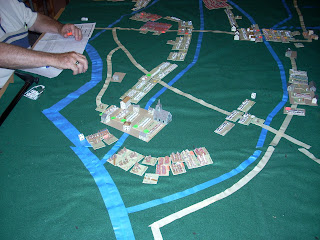 The Battle commences. Attack on the villages as Prince Eugene crosses the river. 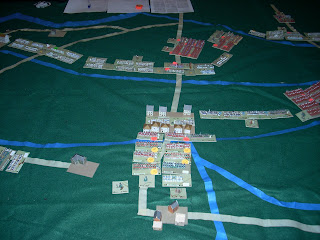 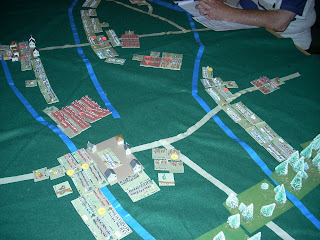 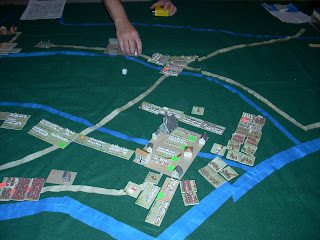 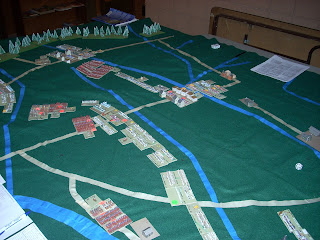 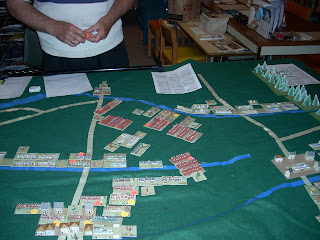 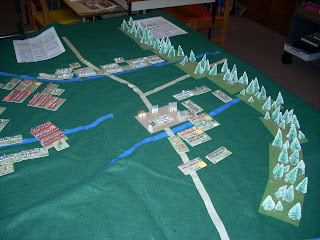 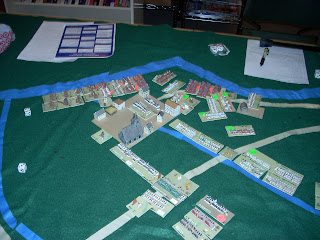 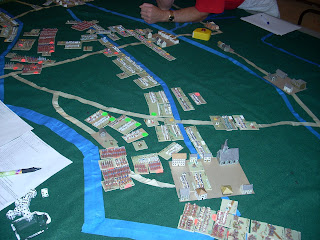 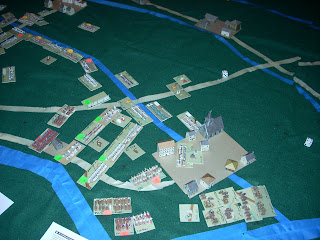 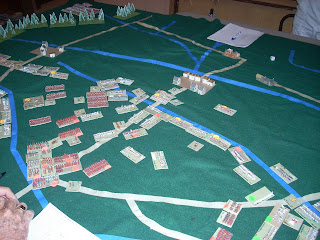 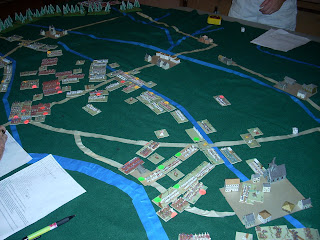 Action in the center and on the British flank.

The cavalry battle near Blenheim.

Hard fought battle in the center. 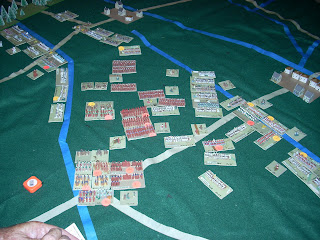