The following are some of the 6mm ancients units that I have completed this past year.
Three views of the Argyraspides. Figures by Rapier Miniatures. Unit is 10 deep by 24 wide. The figures have been based so that they may be used for both Field of Glory and Warmaster. 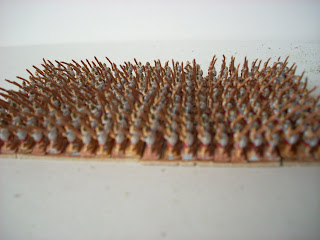 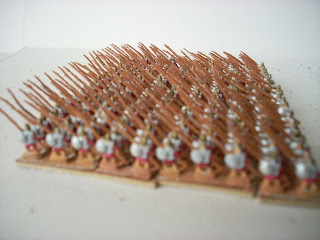 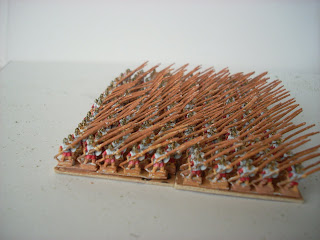 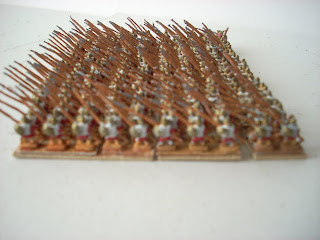 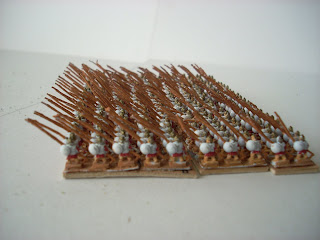 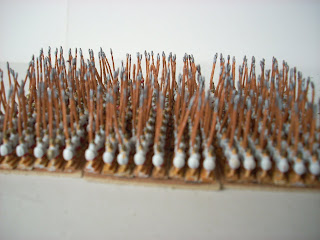 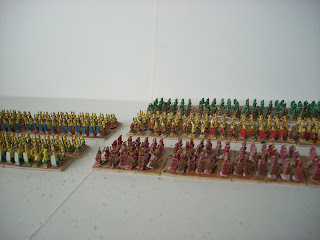 Early Achmaenid Persian infantry (Baccus and Rapier) I used the colors of the Immortals in the Osprey book. 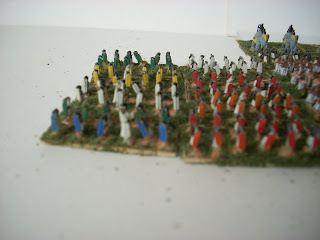 Indian javelinmen. Heroics and Ros. I have some H&R chariots, H&R cavalry, Baccus javelinmen and Baccus elephants to finish. 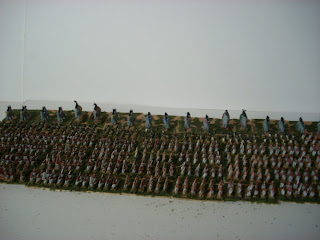 Indian archers and elephants. Elephants by H&R and Irregular. Archers by Baccus and H&R 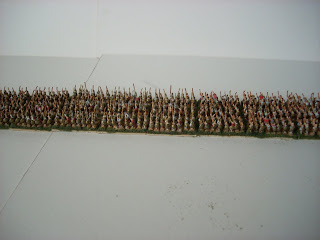 Carthagenian citizens and African spearmen by Rapier miniatures. Also being used for hoplites.
Posted by William Butler at 5:24 PM