Ran the Battle of Hydaspes at the South Bay Game Club December meeting.   The game did not quite go according to history as the Macedonians were more cautious and the Indians were much more aggressive than they were historically.   Alexander had three pike taxis, the Hypaspists, the Companion cavalry, horse archers, light horse and Agrianians.   The Indians had 120 elephants, 30,000 infantry (some with the elephants), 4,000 horse, and 200 chariots deployed in a symmetrical formation with the infantry ten ranks deep. 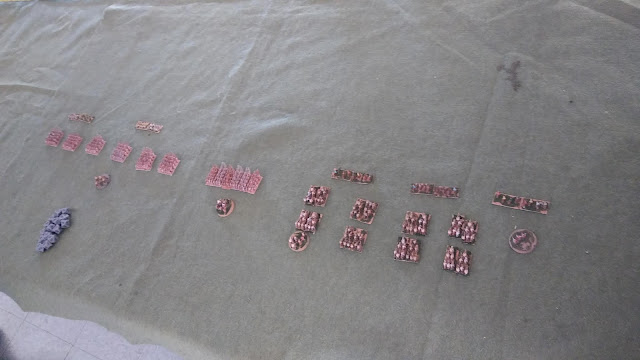 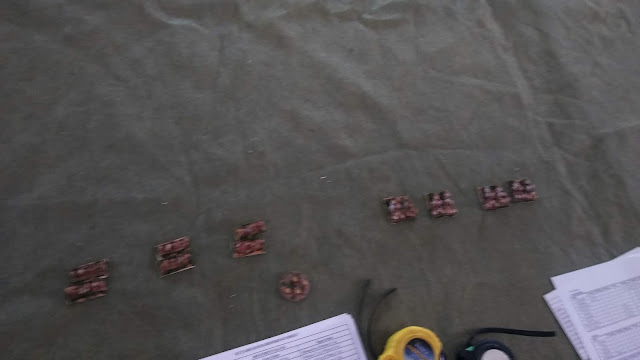 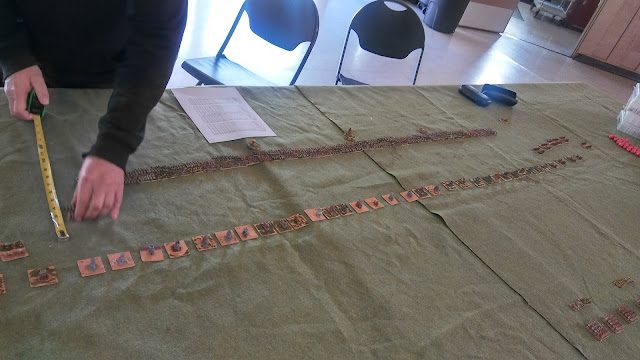 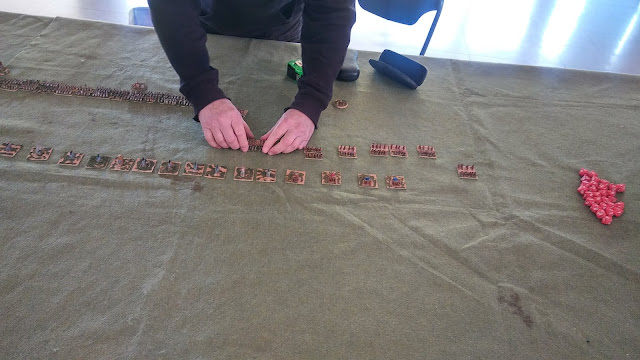 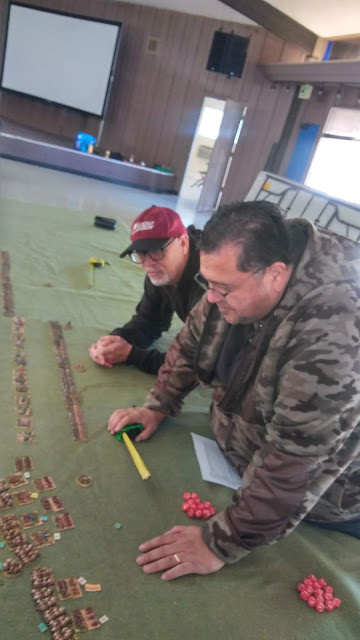 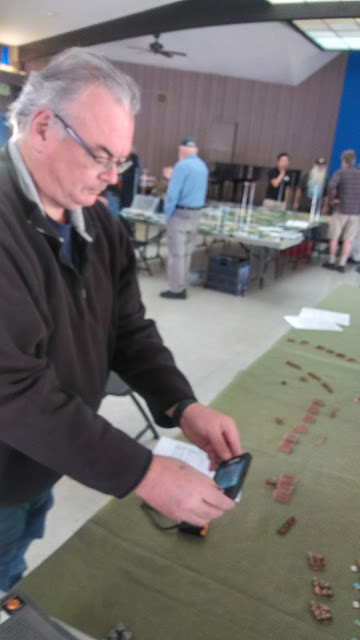 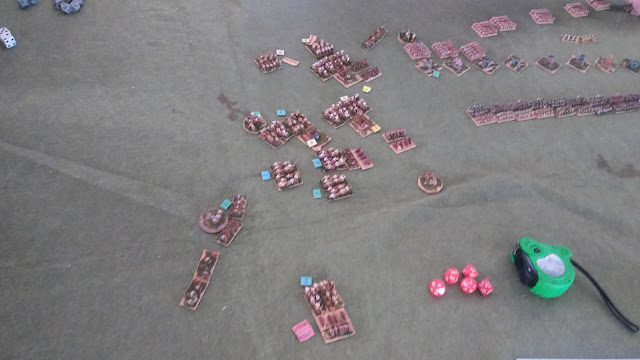 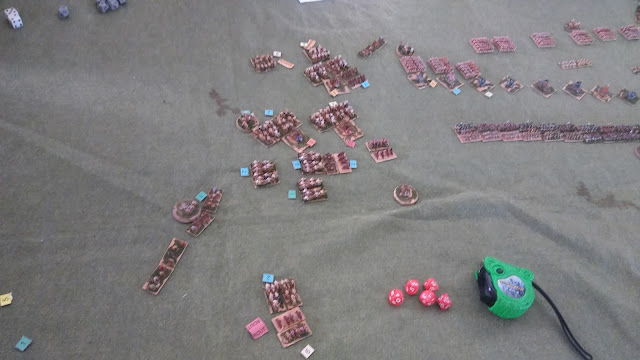 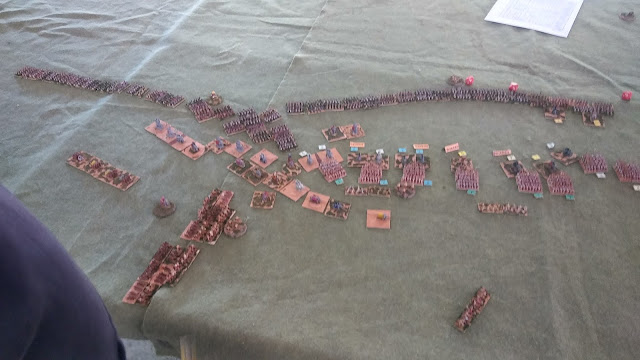 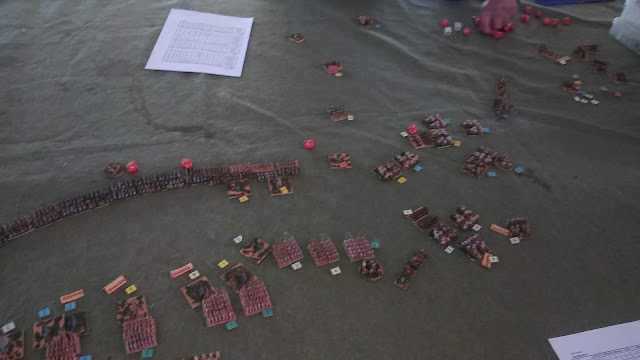 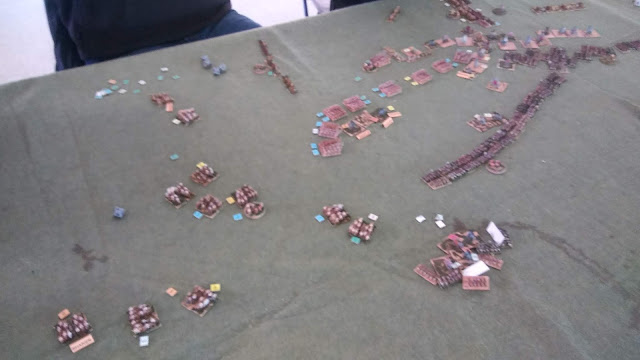