Got a few projects painted this past month.  I am working my way through the unpainted figures.  Still have quite a ways to go. 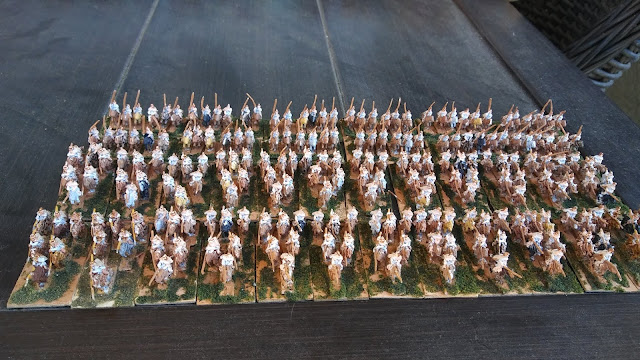 216 Hellenistic Zystophoroi.   These are Baccus Prodomoi figures being used for the heavy cavaalry.  They are made with a strip of three different poses.   The middle pose is the same as their Companion figure 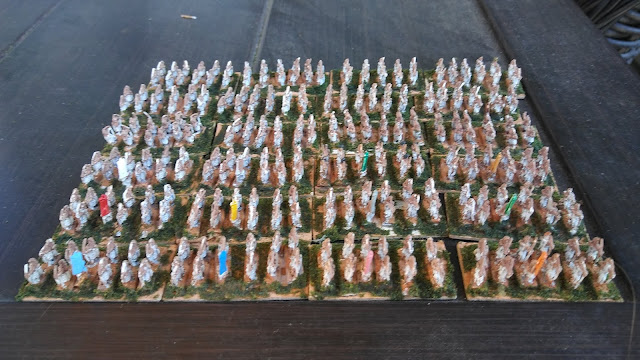 288 Indian Infantry.  These are also from Baccus 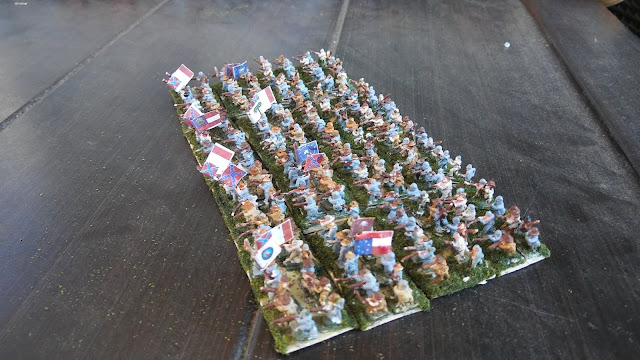 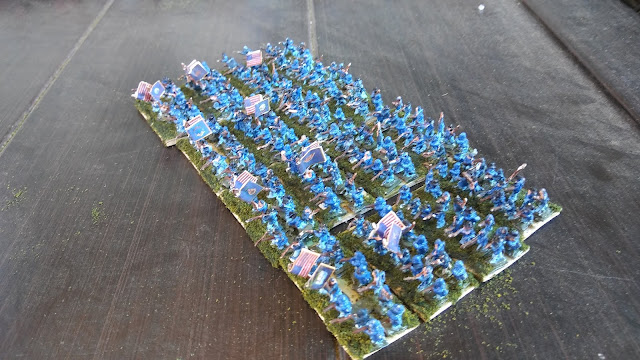 256 ACW Union infantry.   The flags were made by reducing larger scale flags using Paintshop Pro.   Original flags were about 30mm tall at 72 dots per inch.  They were reduced to about 6mm and the dots per inch were increased to 360.  This kept the same level of detail as the originals.
Posted by William Butler at 8:55 AM