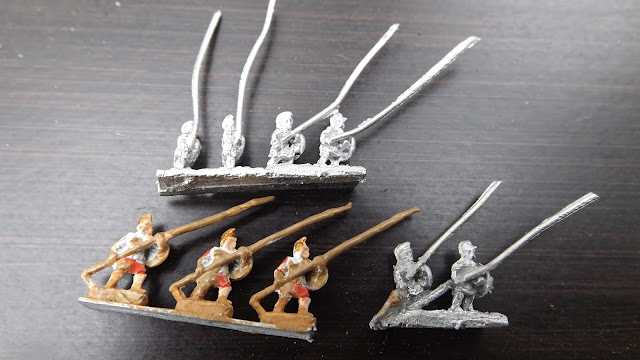 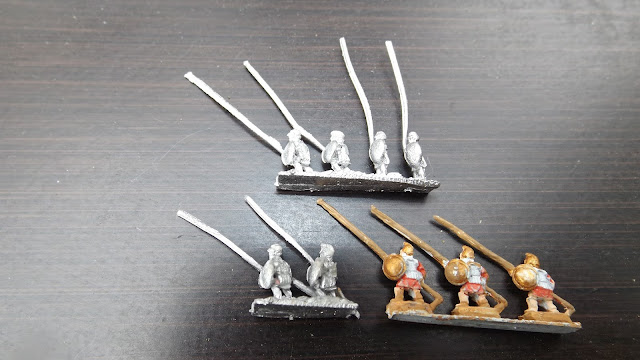 I decided to see if it was possible to modify Baccus' figures to match Rapier's by trimming 10mm from the front of the sarissae and gluing it behind the right hands of the figures.   The front figure was easy, but the second took extra time to secure the cut off part.  Because Baccus' figures have their hands closer together there is more of the sarissae behind their right hands.  The Baccus' figures can now form the front two ranks of a phalanx with the Rapier figures.
Posted by William Butler at 3:06 PM