Another battle in the ongoing war between the People's Democratic Republic of La Cucaracha led by El Supremo Jefe Patronis and the Confederate Union of Buena Vista ruled by President for Life Elvis Narcisso.  This took place at Pacificon and used OPFOR from Hoplite Research.

The ground scale was 1cm = 100 meters, but movement rates were kept at the full distance in the rules.   The battlefield was 24km wide by 18kmn deep.

NATO equipment tends to have an advantage over WARPAC equipment due to the additional plus factors that their tanks have.   A Leopard 2A6 gets a basic +3 to its attack die and another +1 for superior weapon.  Additional plus factors for attachments can alos be gained making it very possible to double or even triple the defense die roll of Russian tanks. 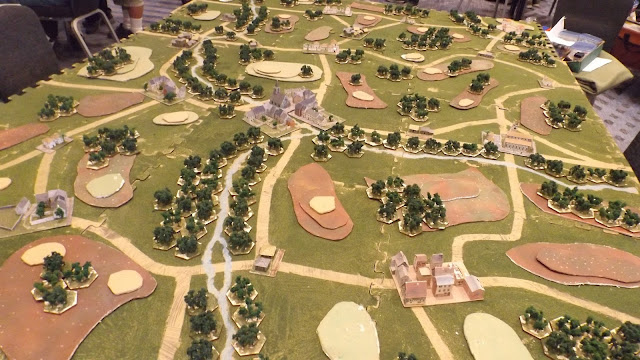 view of the battlefield 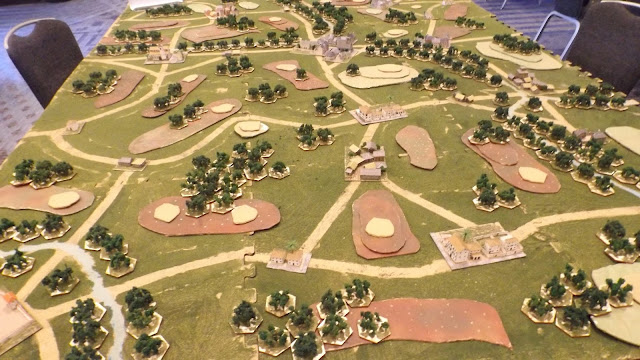 view form the other end 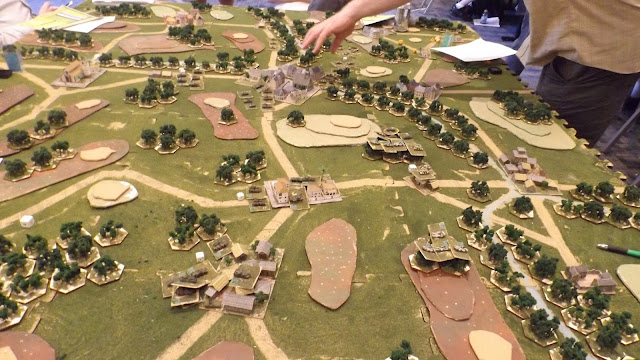 Buena Vista, on the left advances to take control of the towns and city of Santa Clara 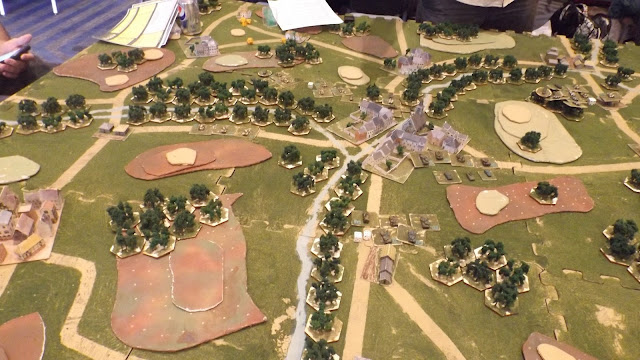 fighting for control of Santa Clara. La Cucaracha tank brigade below and to left of city 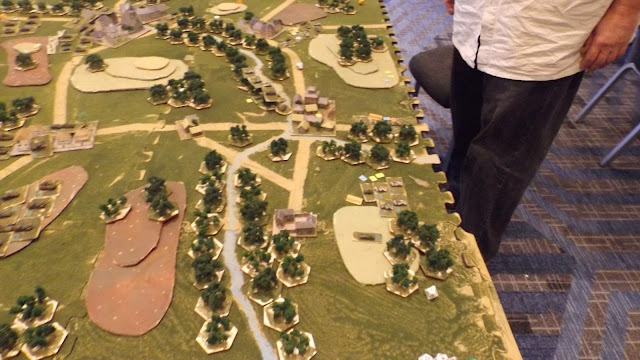 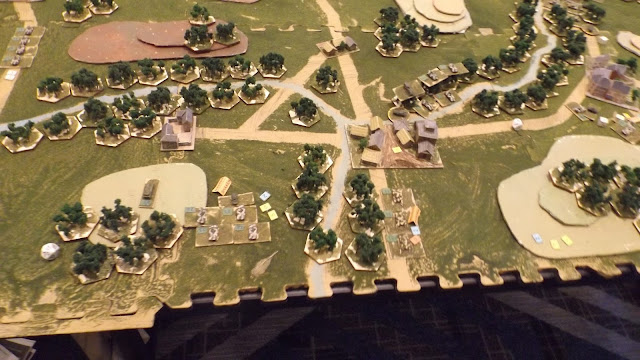 Posted by William Butler at 7:43 AM