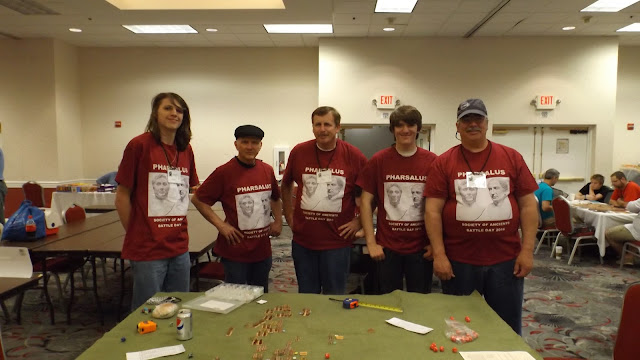 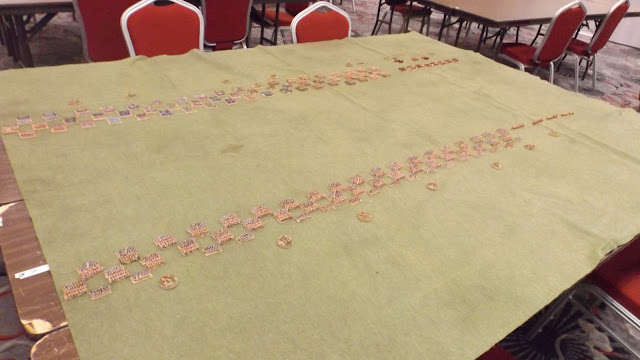 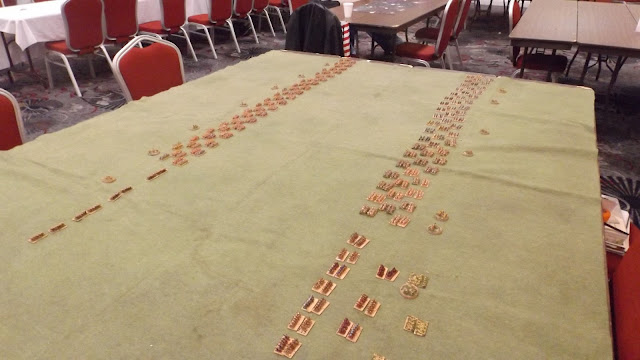 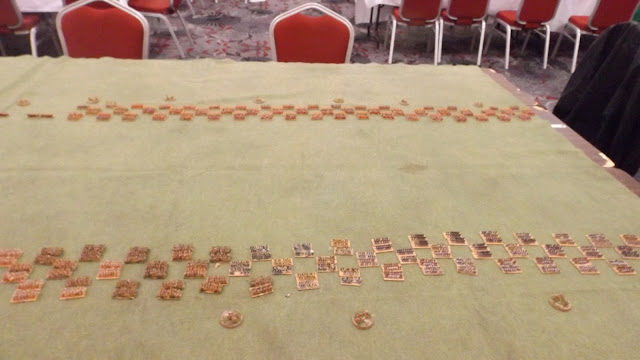 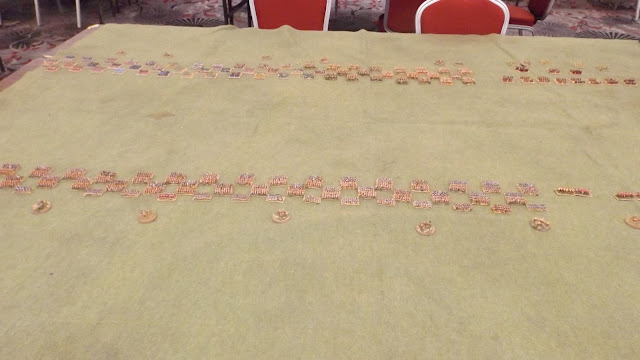 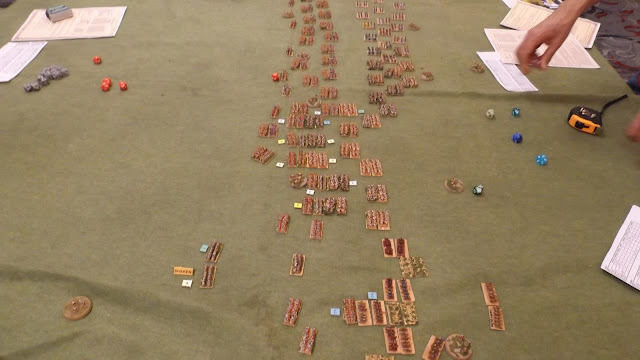 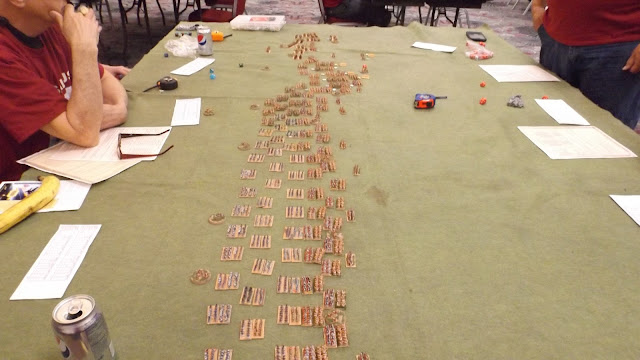 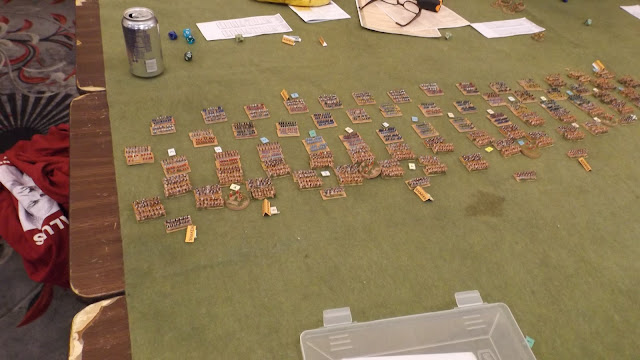 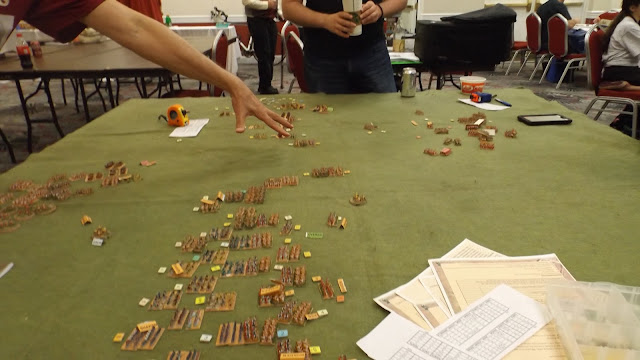 The game lasted about three hours in both game and actual time.  It was a close fought battle where the result could have matched the historical outcome.  I will post a more detailed account along with additional pictures after next weekend's game at the South Bay Game Club and compare the two games.
round two
Posted by William Butler at 9:56 PM

Sounds like a very similar result to ours, Bill. Great looking game!