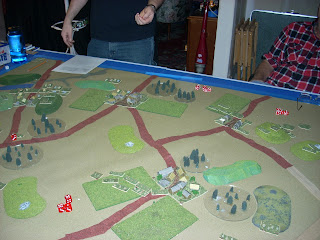 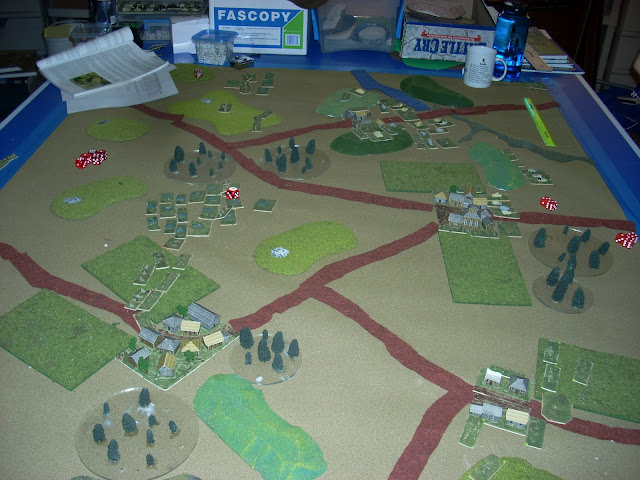 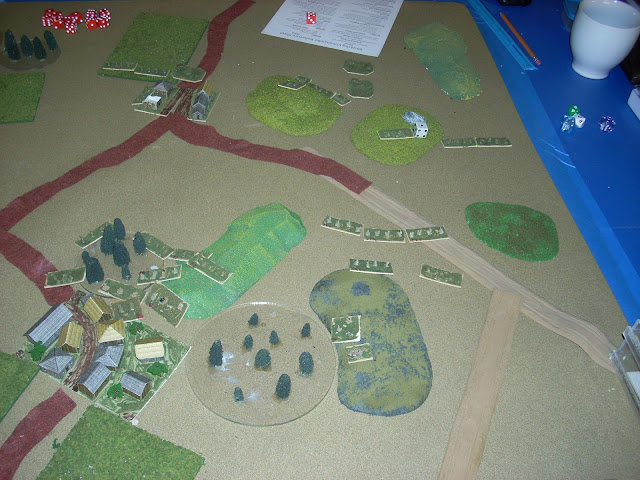 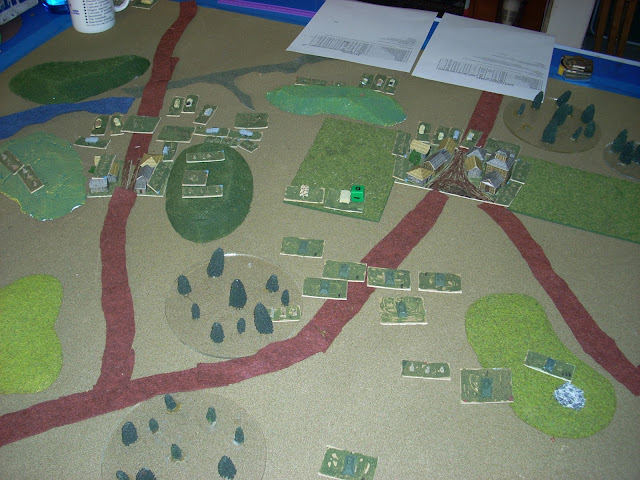 Other half of the battlefield. Russians have gained control of the hill on the left.
Posted by William Butler at 9:03 AM

At the end of the battle, Russian won it. Nice game.
Robert

BlitzkriegCommander is a tabletop wargame designed to re-create battles of the Second World War and the Spanish Civil War using miniatures. It is published by Specialist Military Publishing who also publish Cold War Commander and Future War Commander.