After seeing some games of Fistful of Lead: Galactic Heroes at the club I purchased a copy of the rules and went looking for my old 25mm scifi figures.   Note these are actual 25mm figures from the 80s.   I found the box I was looking for and another box that I forgot I had.   The one that I forgot about had a bunch of Star Guard figures from McKewn miniatures (now carried by the tin soldier company.  The ones I was looking for were a mix of Grenadier Traveler Imperial Marines and others.
Grenadier had made four boxed sets of Traveler miniatures.  The marines, adventurers, aliens, and creatures.   I still had the two sets of marines and the adventurers that I had purchased.   I had passed on the other two sets.   Checking eBay I found a few listings for the marines and one for the adventurers.   All for $130US or more.   However, I did find one listing for a partial set of marines starting at $5US.   Two if the figures were missing.  I kept a watch on it and on the final day noticed that there were four others watching and one of them had bid $5.   Expecting a major bidding war, I set of a bid  and held off on bidding until the last minute.   Much to my surprise I got them for $9.  Taking into account inflation, I think I got them for the equivalent of about one-fourth of the original price.

I am waiting for them to arrive and spent yesterday painting the figures that were not finished.  In my previous post on 2019 projects I thought I had about a dozen figures to paint.   It turned out to be about twice that plus some additional touchups.   Other than the new imperial marine figures this project has now been completed.  Below are photos of the various figures, not including the Starguard figures or the adventurers.   One of the figures I found was John Carter of Mars with a radium rifle slung across his back.   I have no idea what company made him.    I'll have to join the Lead Adventure Forum and see if anyone there knows who made him. At the bottom are the rosters for the Waldheim team.. 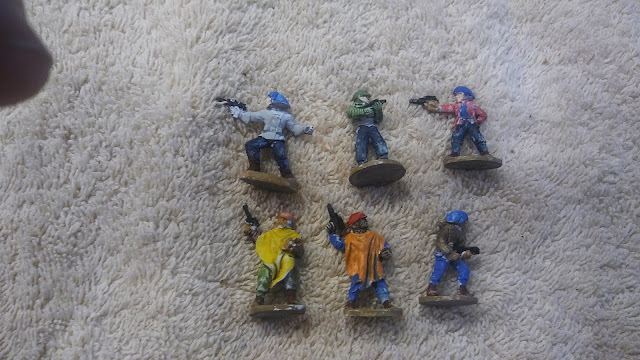 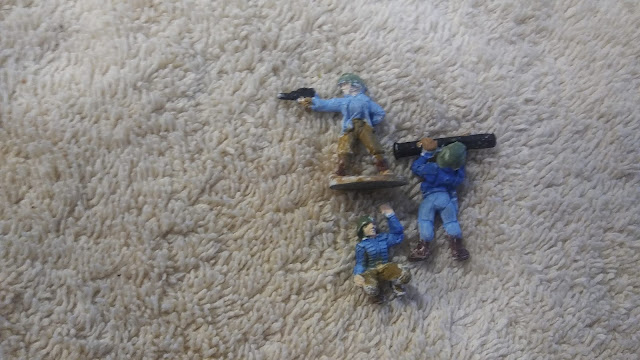 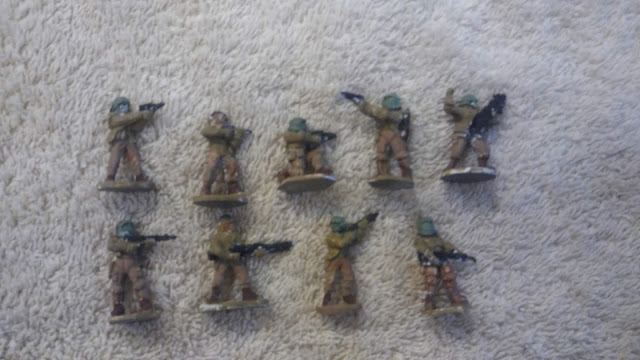 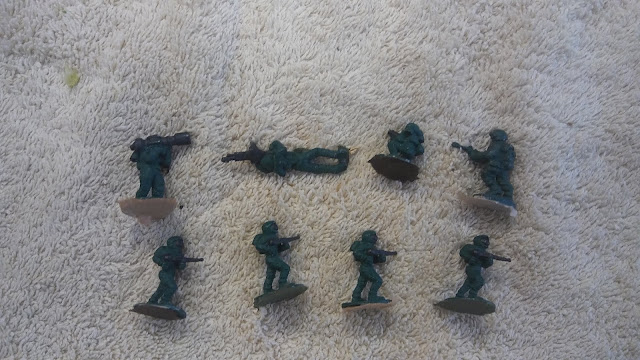 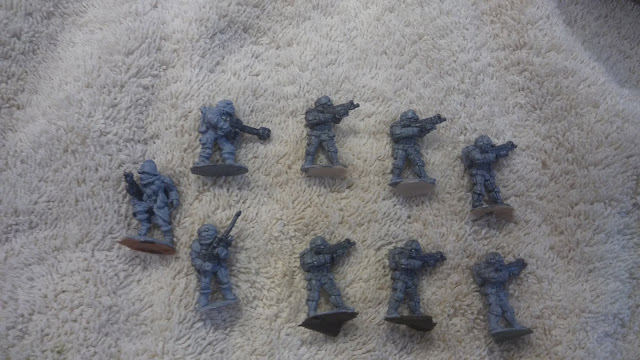 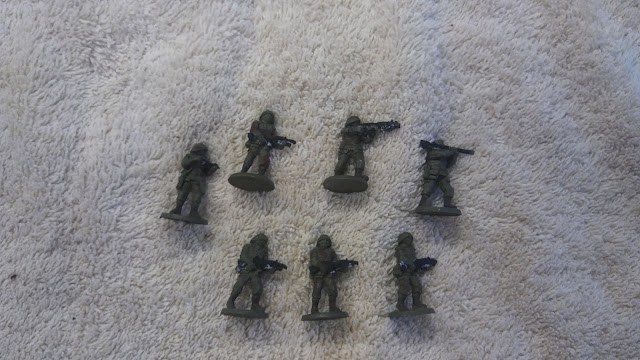 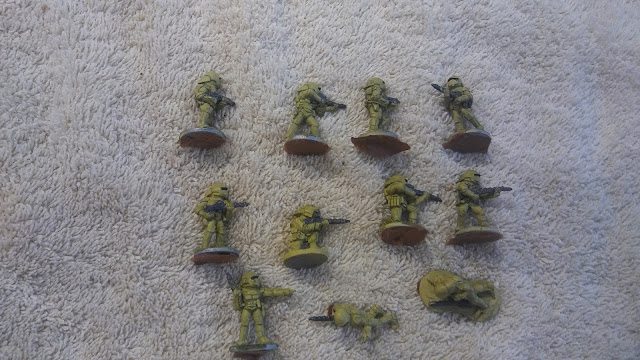 The roster is used to list the figures name, special traits, a common trait for all the team members, and weapon(s) carried.   It also shows the type of die to be rolled for shooting and close combat.   There is a space at the top right for a picture of the figure which I added by photographing the figures and then reducing the photo to fit.

Posted by William Butler at 1:31 PM

I look forward to playing your game at Conquest Sacramento

Thanks, Don. Will wee you there