Completed the Swedish army except for Generals.    I still haven't decided on the basing of generals at this time.   This didn't take much time.   About an hour or two to repaint the grey or other colors of the figure bases and add ground foam. 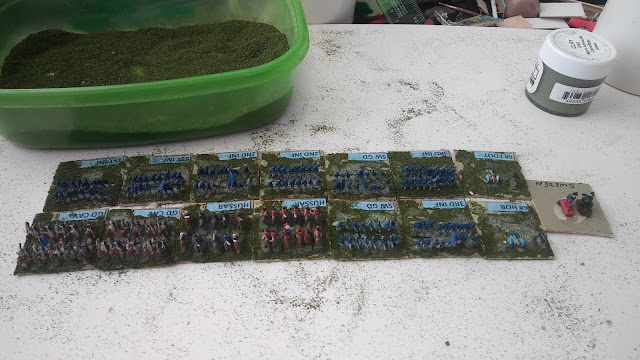 Next will be the Austrians, followed by the Russians, and then the French.   I still need to order some figures for the Austrian cuirassiers and some Russian cavalry.   Though that will wait until I have determined what I need for the Seven Years War imagination armies.    That way I will only be placing one order with Heroics and Ros instead of multiple small orders.
Posted by William Butler at 10:13 PM