On Sunday January 15th I ran Breitenfeldt at The Miniature Wargaming Society.  This was almost two years since I ran it at The South Bay Game Club (see Breitenfeldt   for that game, order of battle and rules modifications).  The changes from the previous game were to rate the Swedish light guns the same as their brigade and to allow only one die for both light guns attached to each brigade instead of two dice for the light guns as at the previous game.  Based on the results of this game I will probably return it to one die per gun plus one die for the front battalion of the brigade.

With both flanks gone and the main body of the imperial army bearing down on the Swedish center the Swedes conceded the battle to the Imperials.  In addition to Aaron, Mike O'Brian and a new club member who's name I didn't get that day (my apologies for this) were on the Swedish side.  Mike commanded the center and our new member commanded the Saxons.  On the Imperial side Chris commanded the right flank cavalry, Keith commanded the center, and Gary was Pappenheim on the Imperial left.  Rules used were "Repent or Die" from Hoplite Research   Lion of the North by GMT games was used for the battlefield and army composition along with determining unit ratings.

Table size was 5 feet by 12 feet.   An additional two feet could be added at the east end of the battlefield where the Croatian cavalry was.   All figures are Heroics and Ros 1/300 miniatures. 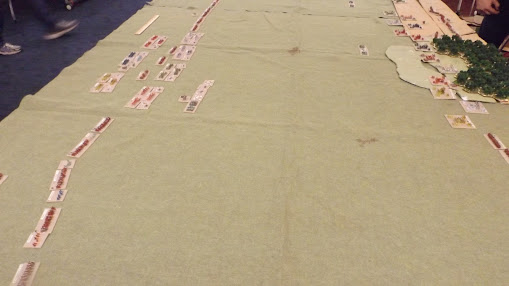 View from the west end of the battlefield 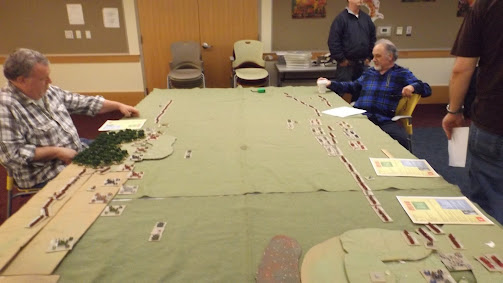 Keith (Tilly) on the left Aaron (Gustavus) on the right. 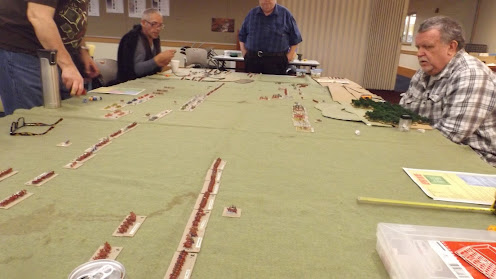 Early stage of the battle.  Pappenheim's cavalry has advanced at the bottom.  Our new member at the top left with Chris in the center. 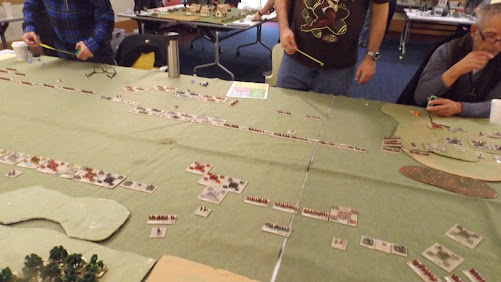 View of the center from behind the Imperial lines as the Tercios advance. 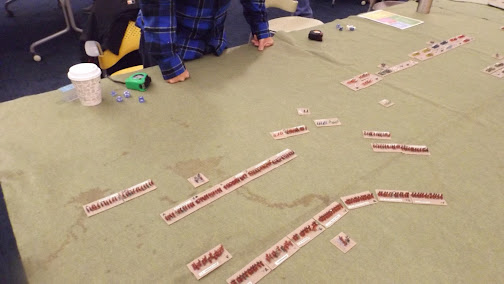 Cavalry action between Pappenheim and Gustavus. 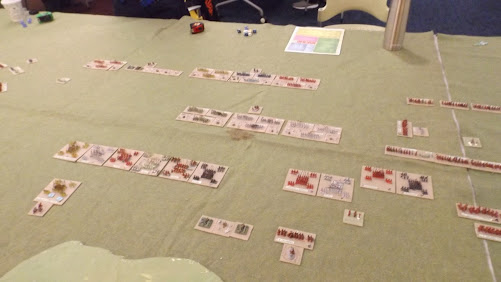 Tercios and Swedish brigades advance on each other. 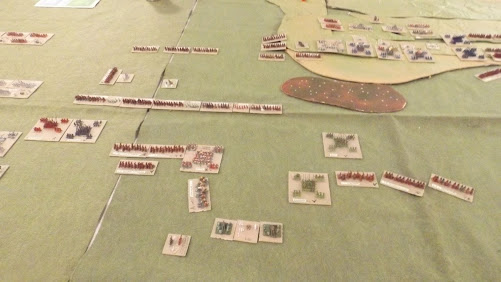 Saxons on the hill at upper right. 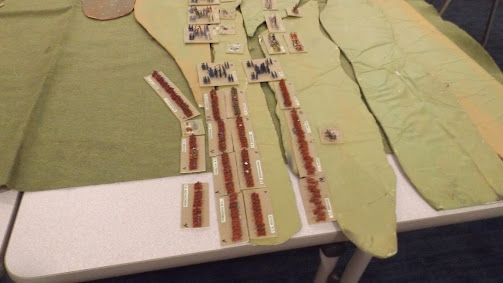 The Imperialists engage the Saxons. 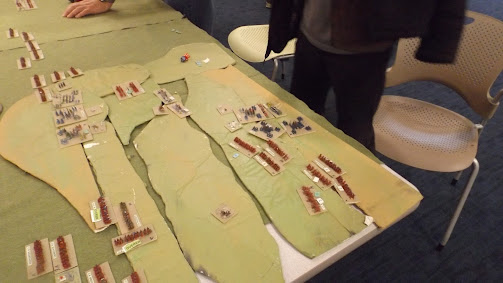 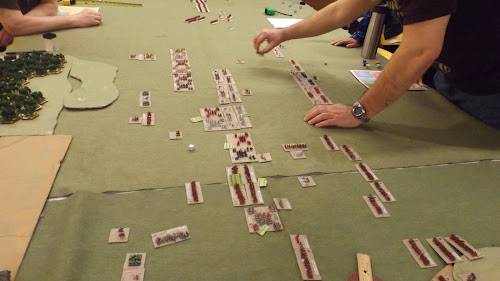 Action in the center as the Swedish brigades engage the Tercios. 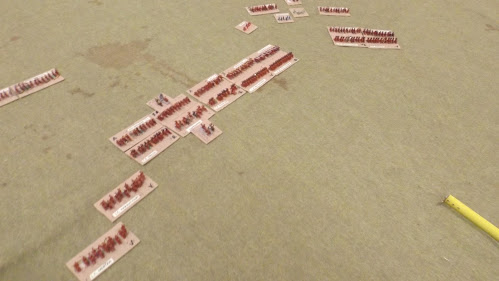 Cavalry battle on the east end of the battlefield.  Pappenheim and Gustavus engage each other in melee near the center of the cavalry lines. 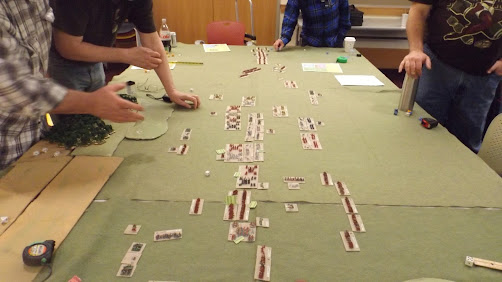 View of the center from the west. 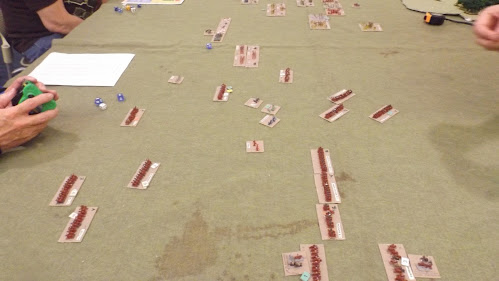 The Swedish cavalry flee in ignominy. 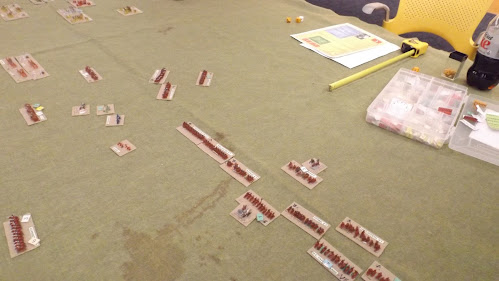 Gustavus bravely holds against Pappenheim's cavalry.﻿
Posted by William Butler at 8:40 AM