From Manassas to Appomattox at Peanut Wars 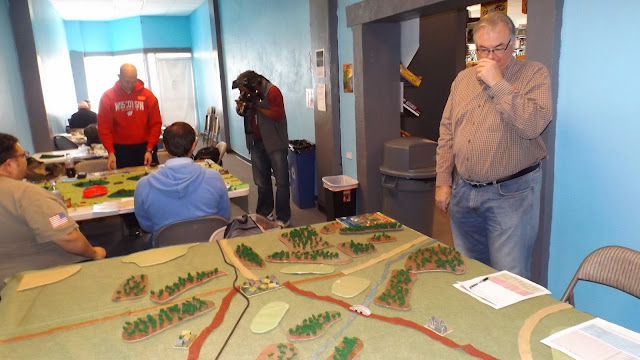 Greg surveys the battlefield.   Both sides had to designate which of the two roads on their table edge their troops would enter on 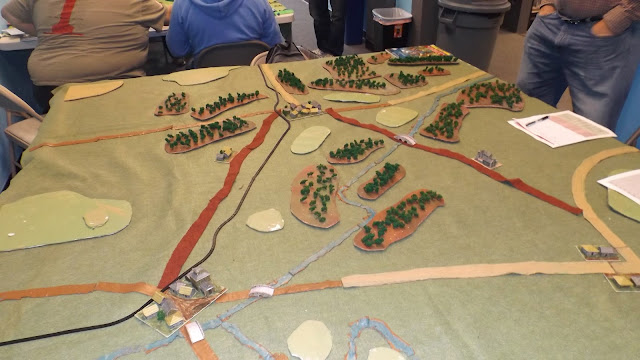 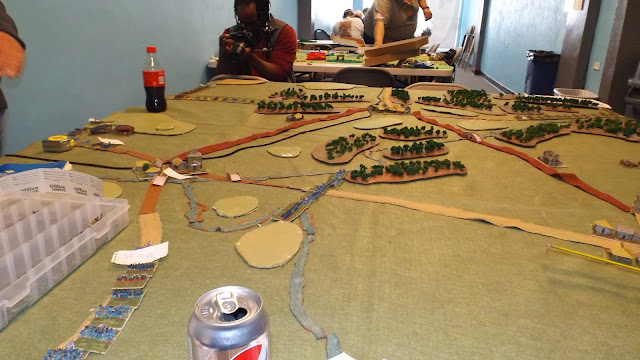 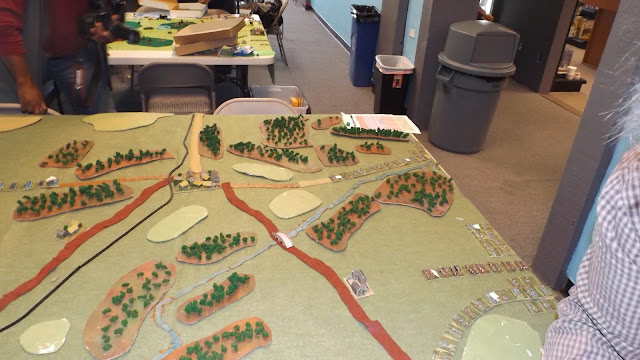 The armies arrive on turn one.   Some units were held up by units on the road ahead of them.  The confederate infantry division at the edge of the table to the right of the cavalry is one of them and has not arrived yet. 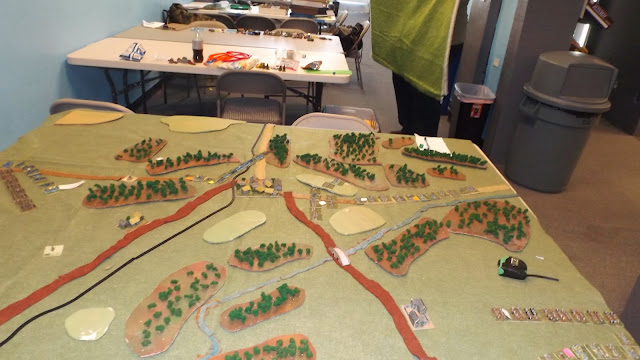 Turn two.  One of the union infantry divisions has deployed along the railroad tracks near the eastern town as the confederates advance towards it.. 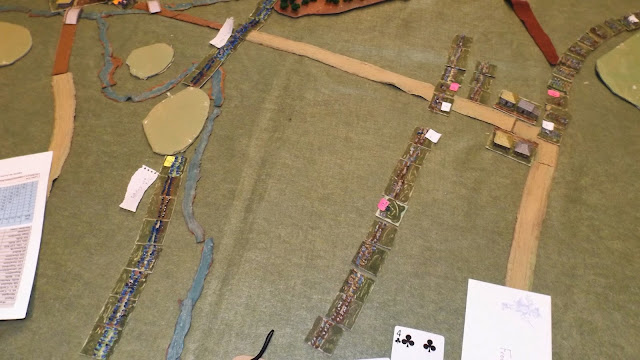 Western end of the battlefield as both sides deploy. 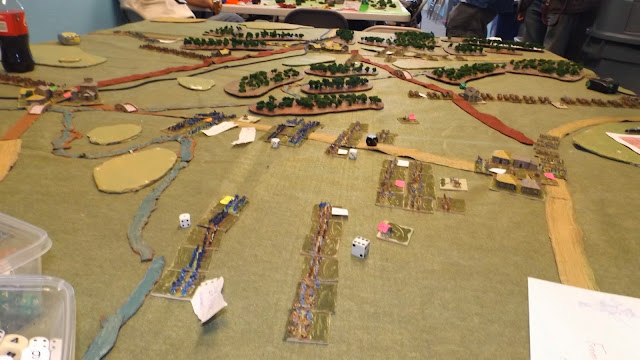 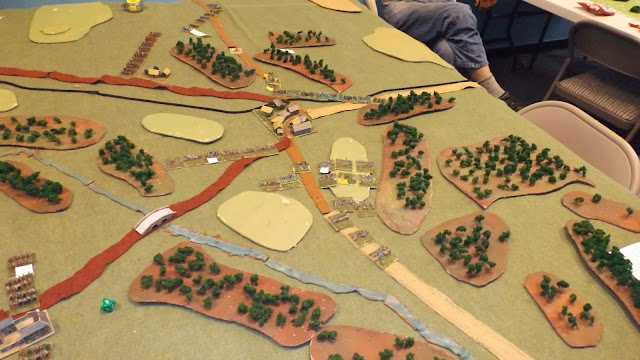 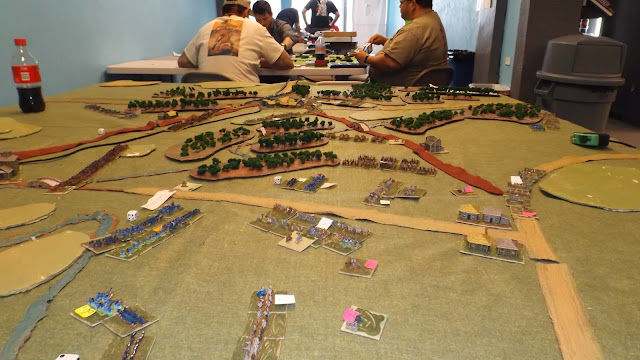 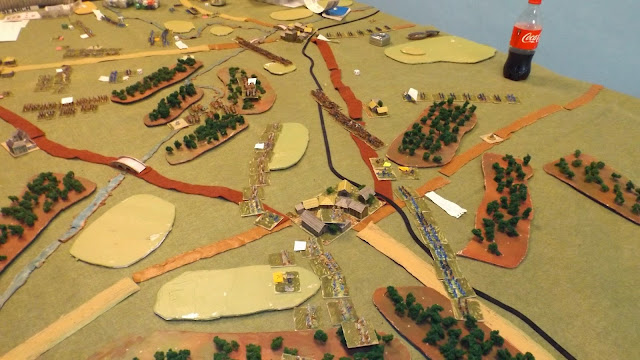 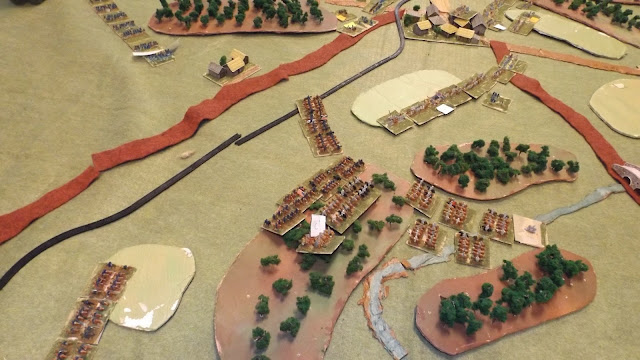 The union cavalry decides to charge the confederate cavalry in the woods. 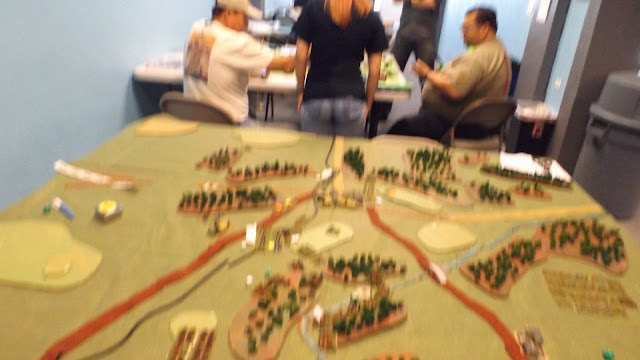 Manny Granillo's game of Ridiculous Vanity in the background.  The union cavalry in the woods would take heavy losses, but would eventually chase the confederate cavalry away resulting in a popular song. 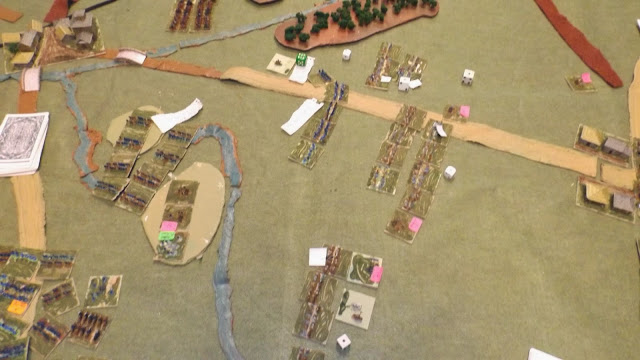 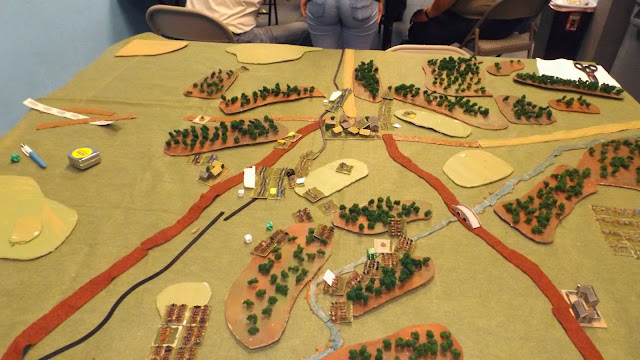 The fighting at the east end of the battlefield was not as intense as the fighting at the west end.  The confederate first infantry division fought an inconclusive engagement with the union infantry while the other divisions fought over the town with the confederates gaining control of it.  The confederate cavalry in the center can be seen running from the union cavalry after a failed charge against them.  The union cavalry would later be heard singing the following (with apologies to Johnny Horton):

Posted by William Butler at 9:59 AM